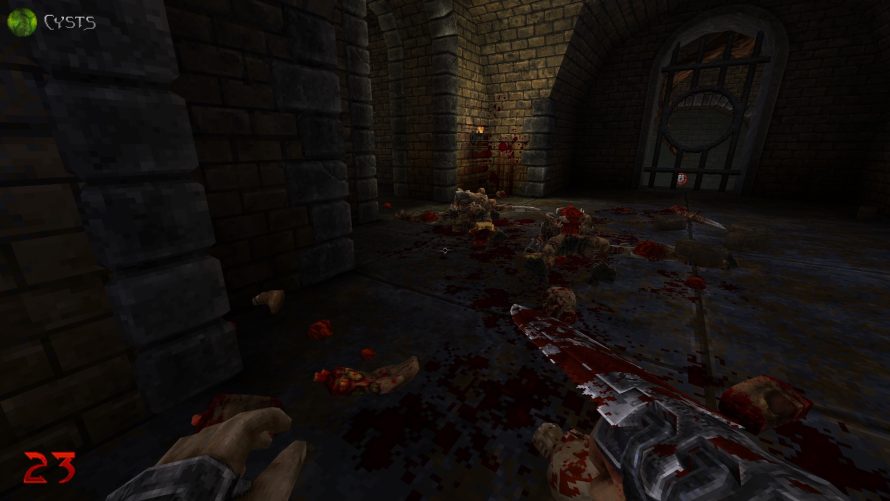 When I initially covered its reveal back in March, my excitement could hardly be contained, fueled (mostly) by the thought of getting to play something akin to a modern take on 1996’s Quake in 2019. Well, that was then, this is now, WRATH: Aeon of Ruin has entered Early Access, and in spite of a few teething troubles (although that’s to be expected from an Early Access title)… it is an absolute blast!

From the moment you create a new profile and select your difficulty (easy, normal, or hard), it’s off to the races. No tutorial nonsense, no lengthy opening cut-scene with a super deep story. Just straight into the heart of things, ready to kick you-know-what and take names. That’s not to say discovering how each new bit works is left entirely up to the player, however, as the game does provide brief on-screen text to properly introduce new mechanics – how relics work, that you can dash by charging your melee weapon, and so on. All of which is pretty darn important, I’d say, for without the knowledge of how to perform a mid-air dash, you’ll find yourself completely stuck mere moments after entering Mourningvale; WRATH: Aeon of Ruin‘s hub, as it were. Ah, if only more games handled player guidance in an equally hands-off manner. If only. 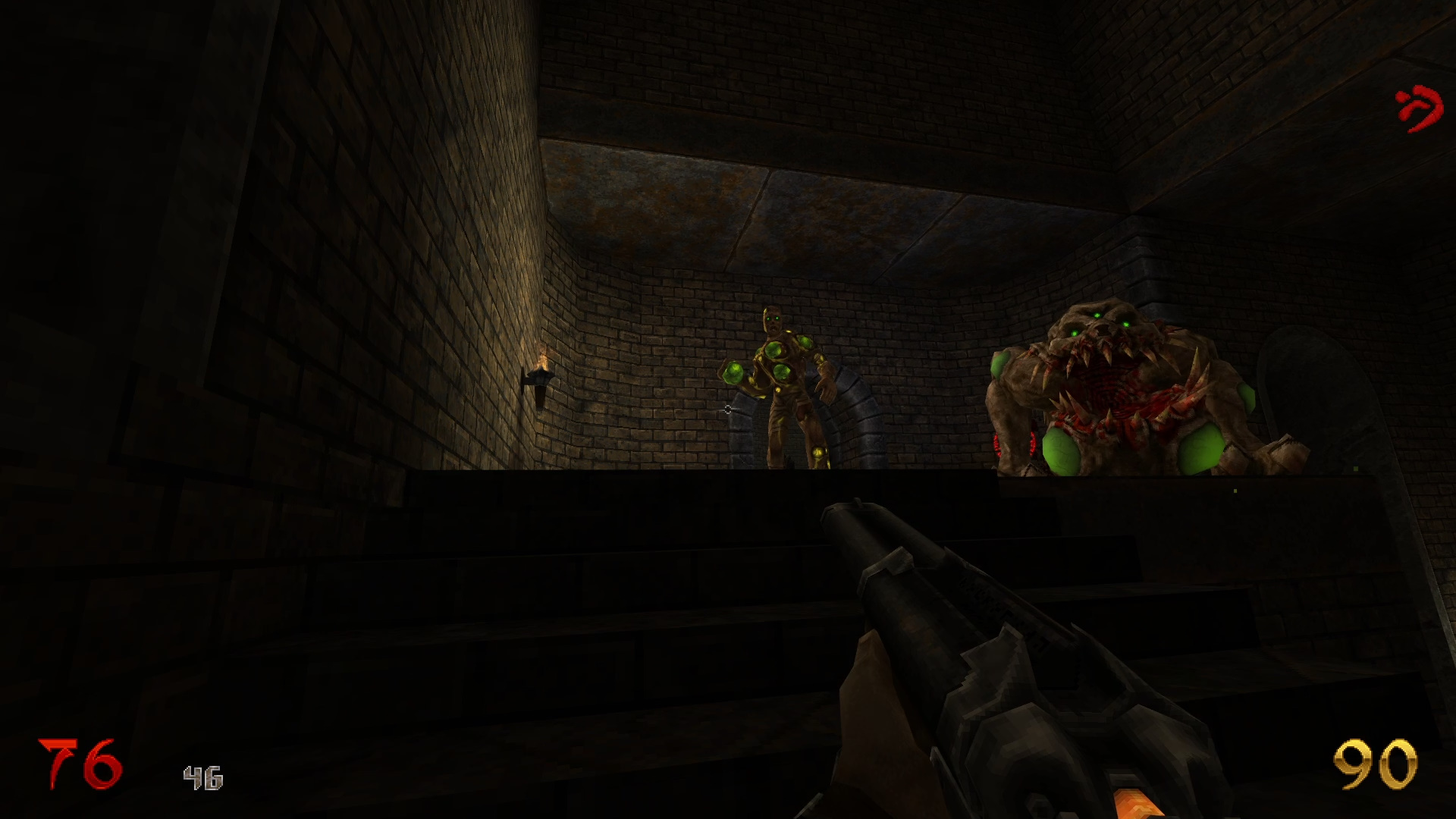 Anyway, at the time of writing, only two levels are accessible, five different weapons can be acquired to demolish eight different enemies, and… there are four rather unique artifacts to mess around with. While “more of everything” is on the menu, according to the roadmap on its Steam page, what’s there right now is definitely a tasty chunk of content. Even more so if you crank it up to hard for that initial playthrough, as then you’ll truly learn the meaning of health and ammo preservation, steering clear of health vials until you’re at a point where the amount restored will benefit you the absolute most. That’s how I experienced The Mire at least, for while shambling corpses and other somewhat minor foes pose little to no threat, trouble definitely starts to rear its ugly head after a certain point. Hope you enjoy flying fireball-flinging multi-headed demonic horrors, walking acid-filled bombs and… massive goo-flinging blobs. Because those are just some of the threats you’ll be dealing with.

It’s rather fortunate then that the available weaponry is quite well-suited to the task of taking down each of these ugly bastards – provided your aim is steady and your ammo plentiful. That said, one thing to keep in mind (which the game does also tell you) is that… there is no auto-save, nor any checkpoint system in place. As such, the only way to save your progress is by way of spending a Soul Tether artifact, and much like ink ribbons in Resident Evil, if you run out, well, that’s that. Better hope you come across another before getting demolished by the forces of darkness. While such a system can be potentially troublesome, with careful resource management, chances are it won’t be. Especially in light of how awkwardly clunky the enemy AI can be at times, which certainly works to your advantage. 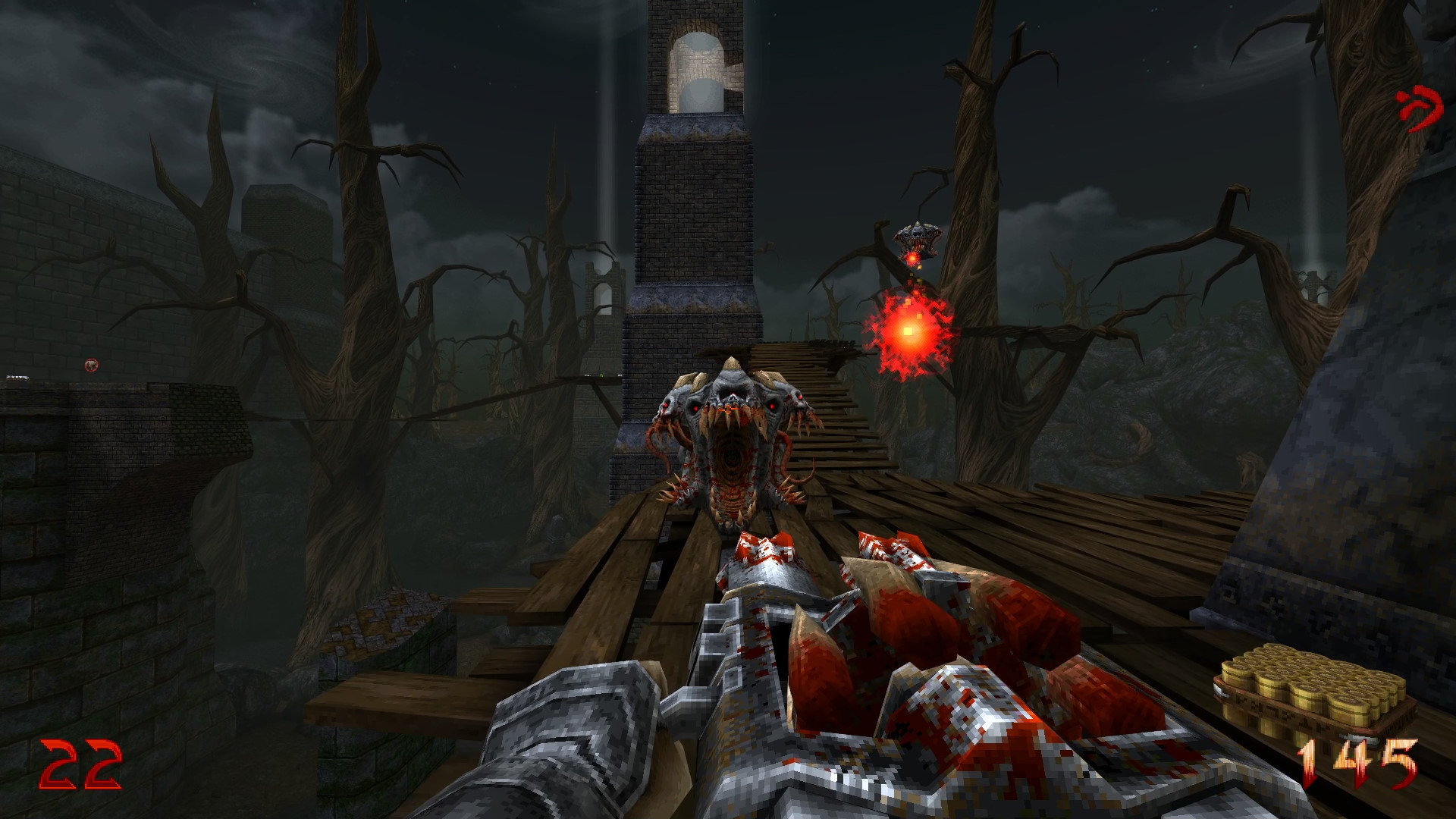 I lost track of how just many zombies(?) got stuck on level geometry, struggling to perform simple tasks like turning a corner, not to mention the fact that ranged enemies don’t really seem all that interested in giving chase. But again, one must not forget that WRATH: Aeon of Ruin is very much an unfinished product (hence, Early Access), and as such, bugs like this are to be expected. Besides, not once did any of this hamper my fun in the slightest. I was far too busy having a great ol’ time blasting everything in my path with a massive double-barreled shotgun, shredding enemies with a fang-spitting spike gun, and dissolving hordes with acid-y blobs. Definitely a fair amount of old-school FPS throwback in the arsenal, and I… love it.

Same goes for the clearly-inspired-by-Quake art style, sound design, level layout, enemies, and man, the way movement is handled. Strafe tilting and view bobbing – both of which can be turned off – pretty much complete the package as far as mid-90s shooters go. Except, this one was released (albeit again, in Early Access) in 2019, built on… wait for it… the Quake engine. That’s right, much like Ion Fury, which was rockin’ a modified Build engine (Duke 3D, Blood, etc.), this one is also deeply rooted in 1996 tech. Which is just downright perfect for aging nostalgia nuts like me who still remember those days, as WRATH: Aeon of Ruin – teething troubles aside – plays like an amazing blend of Quake and Hexen with a bit of Doom thrown in for good measure (I mean, ‘pick up and item and enemies will spawn’ – straight out of Doom!). 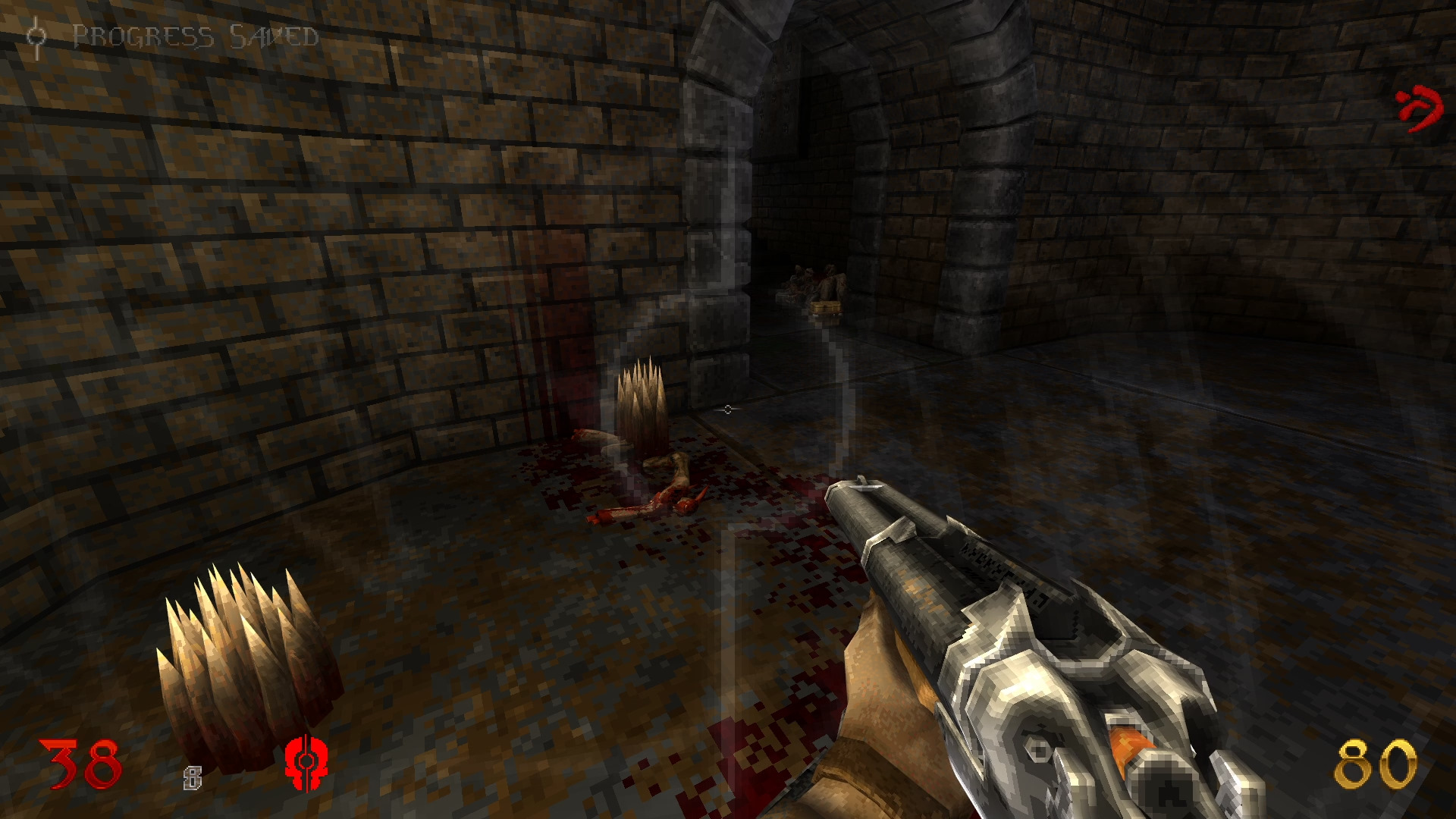 Now, exactly how the whole ‘must use consumable to save’ is going to gel with fans… well, that remains to be seen. Heck, even I am still not entirely convinced of its worth, although fortunately, the same can not be said for every other artifact currently in the game. Some of these will grant the player clear-cut combat advantages, while others are of the more exploratory sort. All good stuff though, and hopefully the yet-to-be-added will prove equally useful. One way or another. Much like the journal, which not only keeps track of secrets uncovered, relics discovered and enemies killed (in the current level), but also features a pretty neat little bestiary. Groovy.

Hmm… what else? Oh yeah: grab a copy of WRATH: Aeon of Ruin, right now! Or, you know, wait for the impending 1.0 release if you’re not big on Early Access/alpha/beta. Either way, based on the current build, this one’s an easy recommendation.