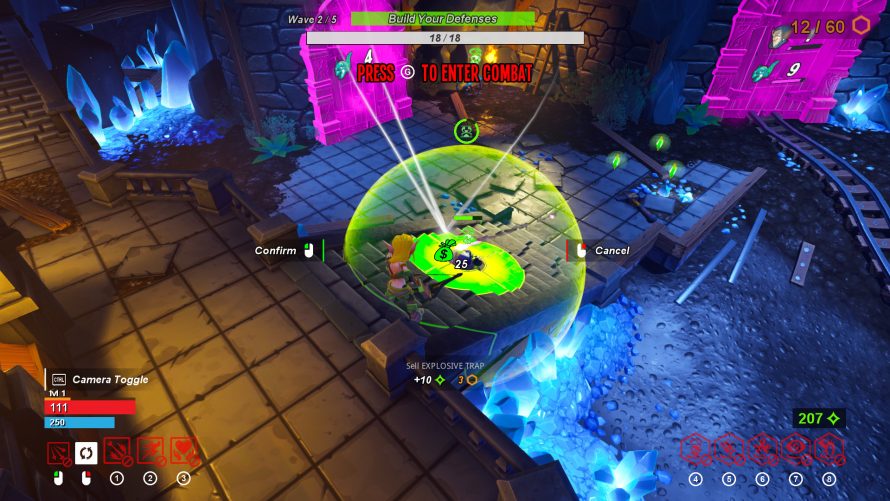 Oh boy. In an odd turn of events, the past has been altered in Etheria, resulting in the original four heroes being once more tasked with playing tower defense with the crystals in a world both familiar, and ever so slightly different. An odd way to set the tone in Dungeon Defenders: Awakened, although based on my time with the beta, they’ve certainly got the “it’s the original Dungeon Defenders, except not really“ bit down. Which just might turn out to be pretty great.

Now, if you, like me, have fond memories of the original Dungeon Defenders, this odd mix of old and new just might be what the doctor ordered for that tower defense/RPG hybrid fix. Maybe. That’s how I went into the beta, expecting something akin to a remaster/remake blend, and what I experienced as explosive traps blew up, lightning auras electrocuted my foes while and fiery flame towers set them ablaze… was just that. A reskin of the awesome 2011 entry with a new coat of paint, UI tweaks, improved controls, and likely other things too – apologies, but it has simply been too long since I delved deeply into Dungeon Defenders to give a proper in-depth comparison with Dungeon Defenders: Awakened. That said, do keep in mind that this here article is based on a pre-release beta, so much akin to the contents of an Early Access title, a lot can and probably will change between what I experienced and the launch build. 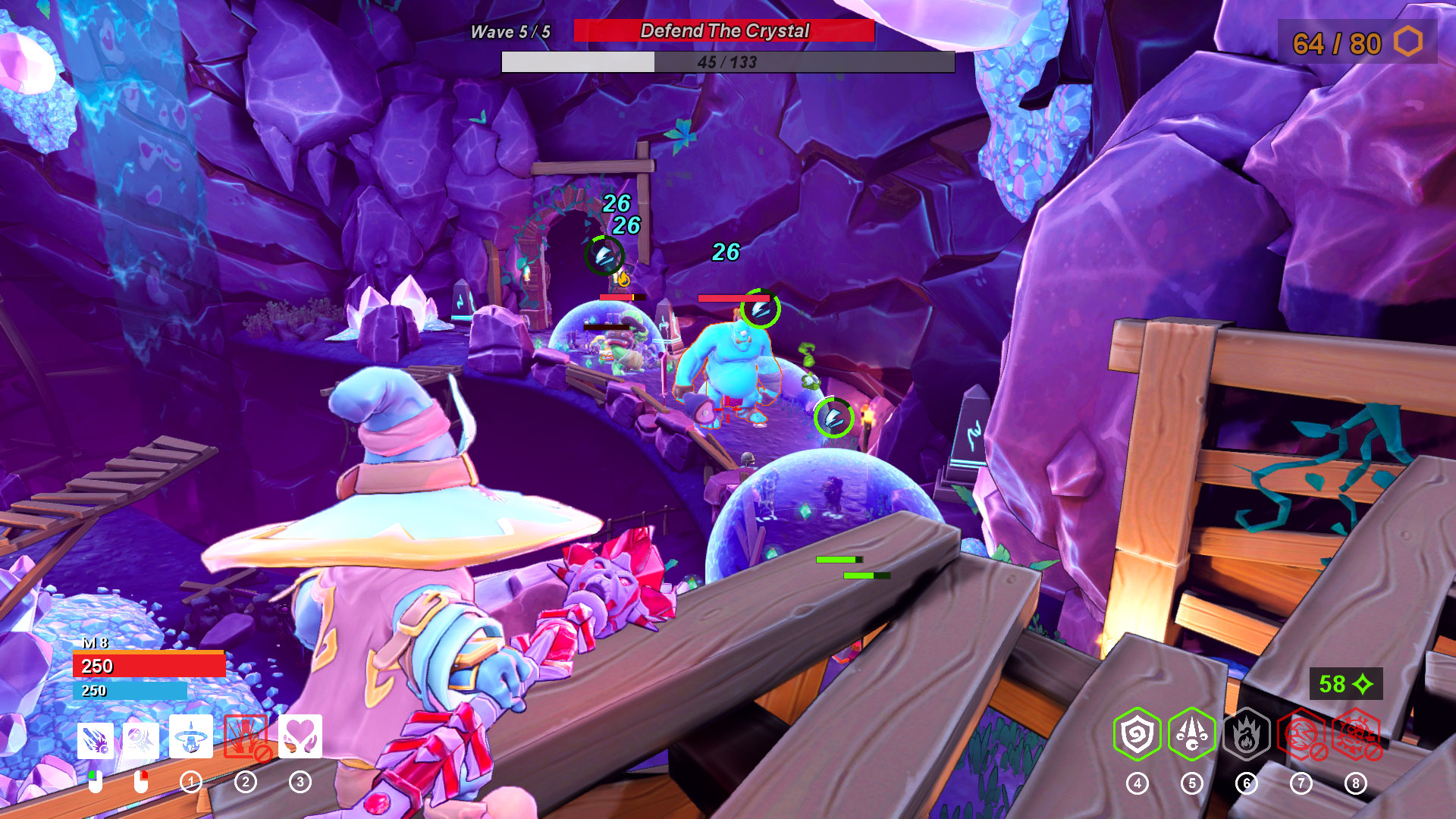 Speaking of which, while I was able to jump right into the action, building traps, auras, barricades, etc. familiar to anyone who’s played the original or its sequel, Dungeon Defenders II, and have fun, I’d be lying if I said it was smooth sailing from the get-go. Seeing how what we have here is obviously built on the foundation of the very first game in the series, certain things are inevitably going to feel dated at this point. But at the same time, it’s not a remaster so much as a remake, if anything, meaning Chromatic Games oughta be a bit less strict in regards to changing certain aspects. An example of this would be how when building, you are unable to swap between traps by simply pressing its corresponding key bind, forcing you to press the esc key and then select something else. I know, it sounds minor and it probably is, but it can get rather frustrating when you simply want to be done building so you can open the floodgates. And believe me, once your characters have been leveled sufficiently to unlock their entire arsenal, there’ll be a lot of building going on.

Beta is currently scheduled to run for roughly three weeks! Starting on November 22nd and ending on 13th, this gives us a great window to gather feedback and be able to make necessary changes before launching in February.

Even more so once you’re ‘done’ with the campaign, all four maps in the beta unlocked, after which its time to grind away in the only other mode available (again, in the beta): survival! This is where your mettle will truly be tested, twenty-five waves awaiting in each round with an increase not only in enemy strength and variety, but also numbers. Thought ogres, wyverns and those pesky exploding kobolds were troublesome? You’re gonna love the late-game additions then. I won’t spoil their behavior here, but to say that… well, they’re nasty. Oh, on a somewhat related note, another thing that would be incredibly useful to have in Dungeon Defenders: Awakened is the ability to swap between every hero in your deck during combat. While the apprentice does seem like the hero of choice for helping mow down baddies in my experience, it would still be nice to at least have the option of swapping to the squire for some melee fun. Just give us the option. Please? 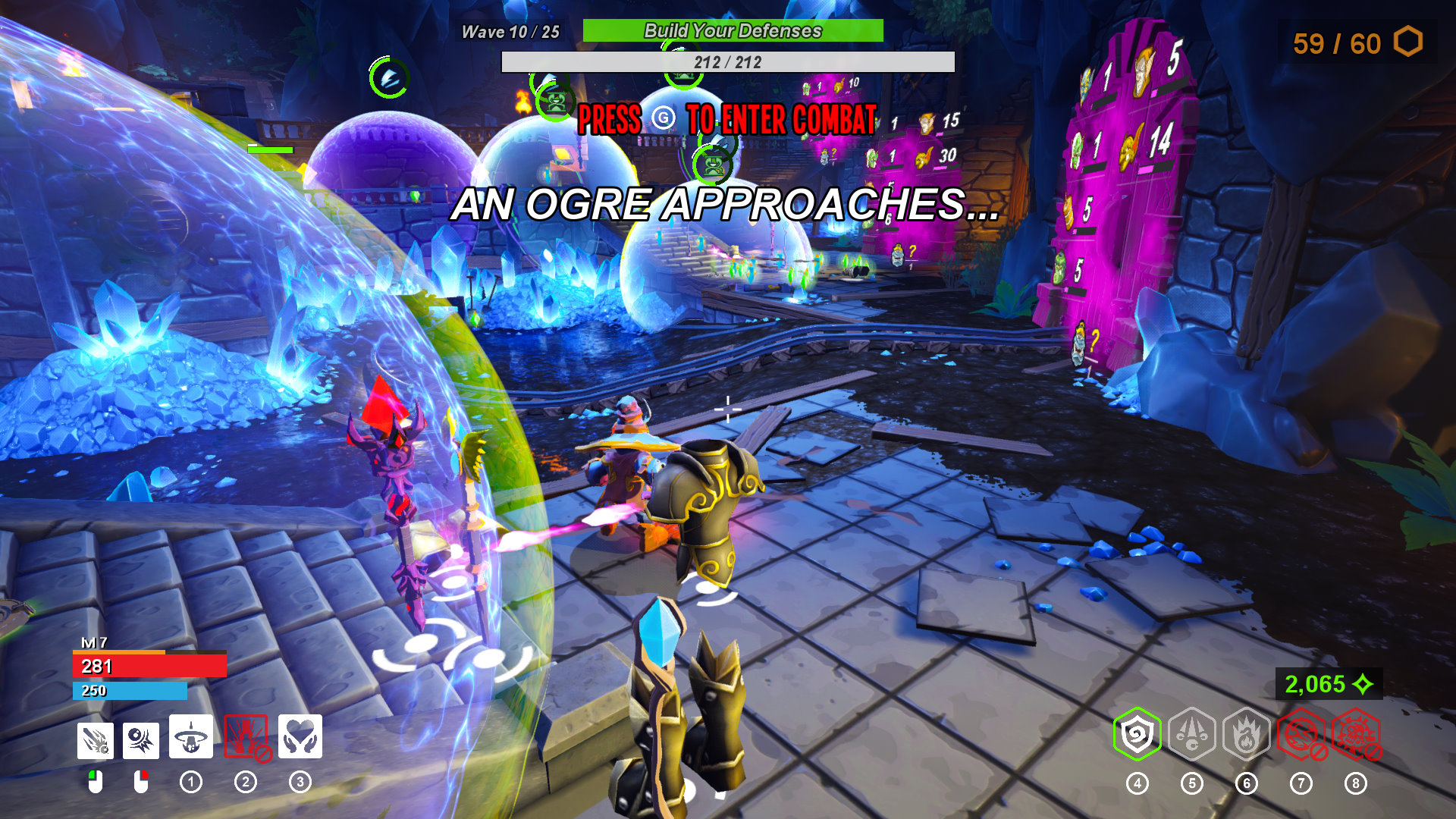 On a more positive note, every hero has the ability to double jump this time around, which is incredibly useful for rapid traversal of terrain, should one or more defenses require repairs. Which brings me to something intentionally excluded from the beta. Something pretty darn important, its absence downright boggling: the minimap, of all things! As such, the only way to tell if the enemy has broken through is to… well… move around a lot or find a really good vantage point. Peculiar feature to down prioritize, no matter how you look at it. Except you can’t. Because it’s not there! The minimap that is. Right. Anyway, let’s move on.

So, beta being beta, you’d probably expect a few bugs, right? Yeah. Me too. Didn’t really encounter any though, but with only four maps, two modes and three difficulty levels available, there’s not really a whole lot to playtest either. It’d probably be more accurate to call this a demo than a beta, although that’s hairsplitting, really. Besides, the beta had enough for me to write the 800-ish words impressions piece you’re currently reading, so while the slice wasn’t as large as I would have liked, it was still… substantial.

Dungeon Defenders: Awakened will be on Steam and Switch, come February 2020.