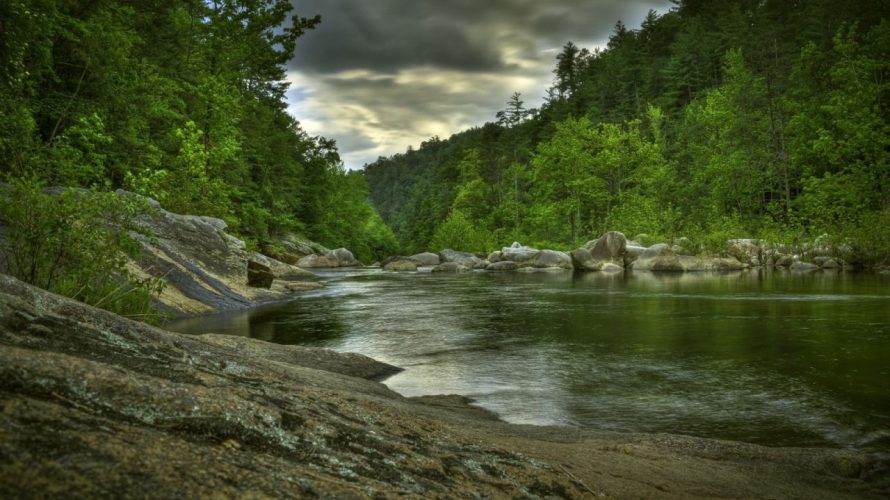 During the lifespan of my site, reviews of less-than-stellar games have been written. I won’t name and shame, but you know what genuinely annoys me about them? That there are developers who hide behind positive critique and ignore the negative. Welcome to The Indie Post.

Like most sane human beings, I’m less than thrilled at the prospect of having to point out flaws in someone’s creation. I do refuse to sugarcoat it, however. Whenever a developer contacts me about a game they’d like me to either review or simply share my impressions on, I sincerely hope they don’t expect me to ignore potential issues. Doesn’t matter how friendly the email is, or if I was considering purchasing the game myself – my journalistic integrity shall not be swayed.

I’ll stick by my promise to be as constructive as possible, however, and not simply state something along the lines of “this game is garbage”, as that’s of no use anyone. See, no matter how negative a review may be, it can still be salvaged and put to good use. How? Well, another word for critique is feedback. Asking friends and family for it isn’t a terrible idea, but chances are the rest of the world will look upon your game with a much different set of eyes. With that in mind, you should still ask them though.

This is why you get in touch with a third party – aka. the press – and take what you get from them; unless it’s rubbish and/or overly biased, of course. The last thing we need on the internet is more reviews written by fanboys who have been blinded by an admiration towards the project in question. Or maybe the opposite is the case, and the reviewer is someone who can’t stand the genre, at which point he/she bashes it relentlessly based on that fact alone. Not cool. Not cool at all.

Fortunately, such cases seem to be few and far between, and most bloggers/gaming journalists/whatever they call themselves, are more than capable of distinguishing between personal distaste and genuine design flaws. Having written many reviews and impressions pieces myself, I too have had to walk that exact line and believe me, it ain’t easy. The one I’m referring to is that which separates personal like/dislike, from that which is genuinely good/bad. Also, while there are entire genres which I have zero interest in, instead of ignoring a review request of a game in one such, I’d rather think of it as a challenge; might even churn out a learning experience. 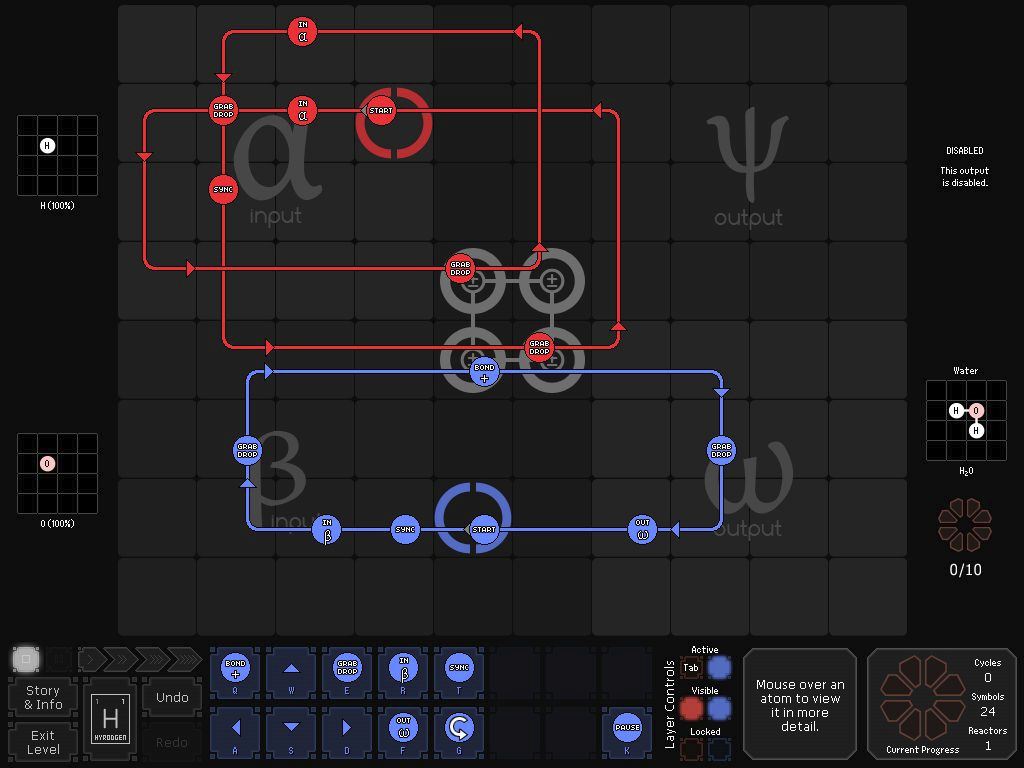 Besides, it doesn’t (read: shouldn’t) matter if you enjoy e.g. puzzle games or not. Your task as a reviewer is to offer detailed feedback based on what you experience, not to find a new game to play in your spare time. It can be rather difficult to write about a game in a genre that one doesn’t care about though, but again, I’d like to think that’s what separates the great critics from those who are simply good.

Even though I’m not a game developer, I have had my work criticized more than a few times over the years and let me tell ya, it doesn’t feel good. At all. Although if you let it get to you and/or ignore the bad, you’re no better than the issues that have been brought out into the open. On the other hand, if you’re able to take the negativity to heart and do something about it, you’ll more than likely come out feeling good instead.

Dealing with it instead of simply lashing out at the reviewer for hating what you’ve crafted with blood, sweat and tears, takes quite a bit of both willpower and determination. Don’t let that stop you from trying though. A big part of being human is managing whatever life throws at you, good and bad alike. Doesn’t matter if you’re a game developer, a novelist, an actor/actress or something else entirely, because at some point someone will give you a bad review. It’s inevitable.

Imagine mr. X stating in his review of your latest creation, a vast and role-playing game that you’ve spent years on, that… the voices lacked emotion. This leaves you with two options: 1) ignore it and don’t share his article on social media, your website etc., essentially ‘burying’ it or 2) take the criticism to heart, revisit the audio files, maybe ask someone else for their opinion and try to do better next time. Suffice to say, #1 is the jerk option, while #2 is what I’d recommend. 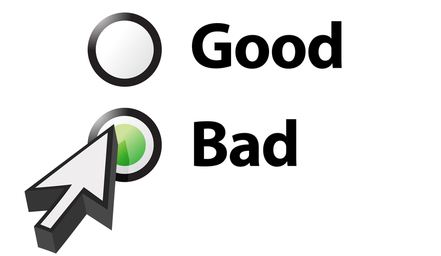 Whether X is right or wrong is another matter entirely. Maybe he is, maybe he isn’t. He’s still given you something to work with though; food for thought, if you will. I’m obviously not saying you should take his word for it. It would be great if we lived in a world where no critic was even slightly biased, but that’s not even remotely the way of things. More often than not, personal opinion will be part of an article, unless it’s a simple news piece that simply restates facts. There’s no criticism without opinion after all, and few, if any, can walk the aforementioned line without stumbling ever so slightly; should they fall, however, that’s when there’s cause for concern.

That said, the opposite does also hold true. I’ve come across countless reviews of brutally challenging games (you know the sort), where the journalist completely skated over some rather obvious issues. Almost as if he/she was in love with the game, blinded by his affection for it, and that’s a pretty darn big problem if you ask me. Those who read such a review are going to think the game is flawless which, quite frankly, none of them are.

For this reason, I wish people – developers in particular – would stop pretending that bad reviews don’t exist, focusing only on the glowing ones. Take the critique to heart and do something about it, because ignoring a problem won’t make it go away, especially in this day and age with social media being what it is. The truth will come out.

Speaking of reviews, let’s kick off the recap with my writeup of Cognition Episode 1; published on its one year anniversary of all days. Then it’s onto some QWOP-ish target practice, with Probably Archery, followed by a rather unique idea in reverse SHMUP, In-Contro. Open source fans haven’t been forgotten either: say hello to Epic Inventor‘s audio and picture files. I also did my best to set a high score with limited ammunition, in 10 More Bullets (spoiler: no records were broken) and snuck through the shadows light in Nothing To Hide.

CRPGs are known to be quite the time sink, and Spiderweb Software’s latest is no different. Yup, Avadon 2 is out! Ready to get bundled up for the umpteenth time? Indie Royale’s Halloween 2 and the Flying “Moonrise” Bundle are still available, although the first is about to hit that infamous 24-hour mark. Before we wrap things up with Greenlight stuff as always, I’d recommend keeping an eye on upcoming ‘swarm flower’ Lumini. Alright, time for some green!

Much to my surprise, Valve let another batch of a hundred(!) through the gates of Greenlight. But in spite of that, Metal Dead is still stuck in limbo, and as always, here are my recommendations among new additions on the service. Last, but certainly not least, I took a bit of a swing at Steam in The Indie Post, claiming that it’s… well, crowded. Tell me I’m wrong. I dare you.

Facebook Twitter LinkedIn Pinterest Tumblr WhatsApp Telegram E-mail
Previous article The Greenlight Groove: 'The Girl and the Robot', '[code]' and More
Next article Battle Hordes of the Undead to Recover Your Face In 'Zombie Mode'