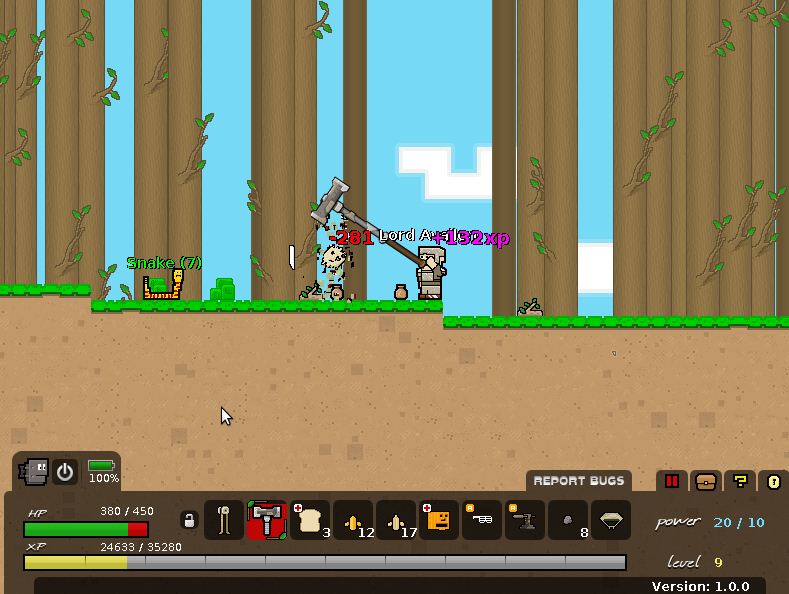 In April of 2012, Epic Inventor 1.0 was released and the project was tagged as complete. But that was then and this is now. As of yesterday, the continued development of Pixel Prone Games‘ creation is entirely in the hands of its fans.

It may be inspired by the likes of Minecraft and Terraria, but since it puts the source material to good use, is that such a bad thing? Crafting, RPG elements, blocky environments, and a funky lil’ robot helper -- definitely some neat ideas in this one. Delve into the depths in search of materials to build all kinds of crazy things, like, say, a city. Who knows what kind of NPCs you’ll attract, by making it look all nice and fancy? It’s not a risk-free adventure, however, so don’t forget to keep your equipment up to snuff, or… suffer like G did.

It’s been a great journey developing this game. We’re releasing it open-source to the community in the hopes that others will continue on where we left off and make fun stuff.

Seriously though, Epic Inventor has plenty going for it still, ‘feature complete’ or not, and hey, it’s free! As is its source, obviously, which can be acquired from GitHub. Sound effects, music, and pictures -- everything’s ripe for the taking. I just hope the files won’t lay dormant with no one ever putting them to use, as that would be a darn shame. But alas, only time will tell!