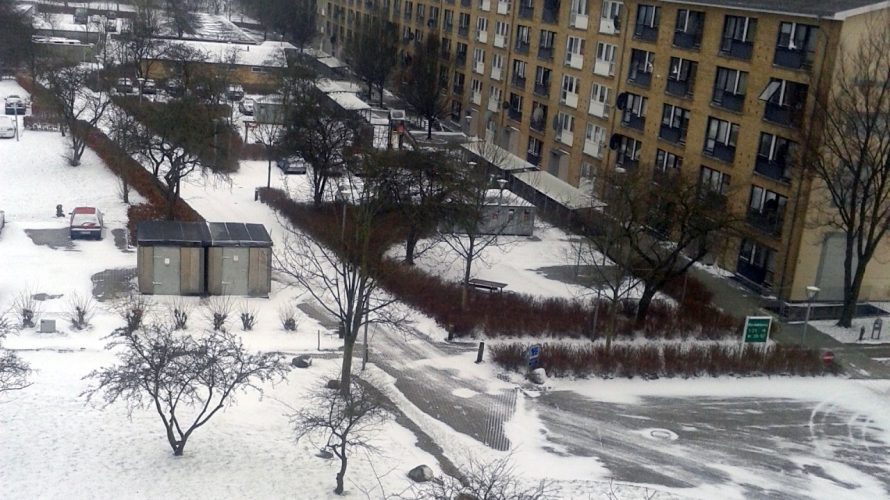 Nowadays, people are constantly rushing off somewhere, trying to get things done before they even started. It’s beyond crazy and potentially hazardous! On top of that, there seems to be little for sitting down to relax with a good book, watch a movie or even play video games. Probably why more than a few developers have taken to crafting compact experiences, titles that won’t take weeks to beat, while still enjoyable. Welcome to The Indie Post.

I’m not saying that no good indie game can feature a campaign spanning upwards of thirty hours, because that’s not even remotely the case. My point is simply that a lot of independently developed games tend to be rather brief, with a price tag that reflects upon its estimated playtime. Now, you may be under the impression that $10 for a 2-3 hour game is not proper ‘bang for your buck’,  but in this day and age, you can barely get a movie ticket for that! And then there are snacks, drinks… maybe an additional fee for 3D.

That said, this is not about getting the most out of your money, even if it is somewhat related to the topic at hand. I’ve written about many brief games and played even more. Not all were equally great, obviously, but what made them so appealing was that it was a brief commitment. Since I read a lot of reviews from a variety of sources, I rarely start playing a game without knowing how long it might last me. This may sound like an odd fascination to some, and I suppose it is, but it also means I (mostly) get to see those I do end up playing, all the way through. 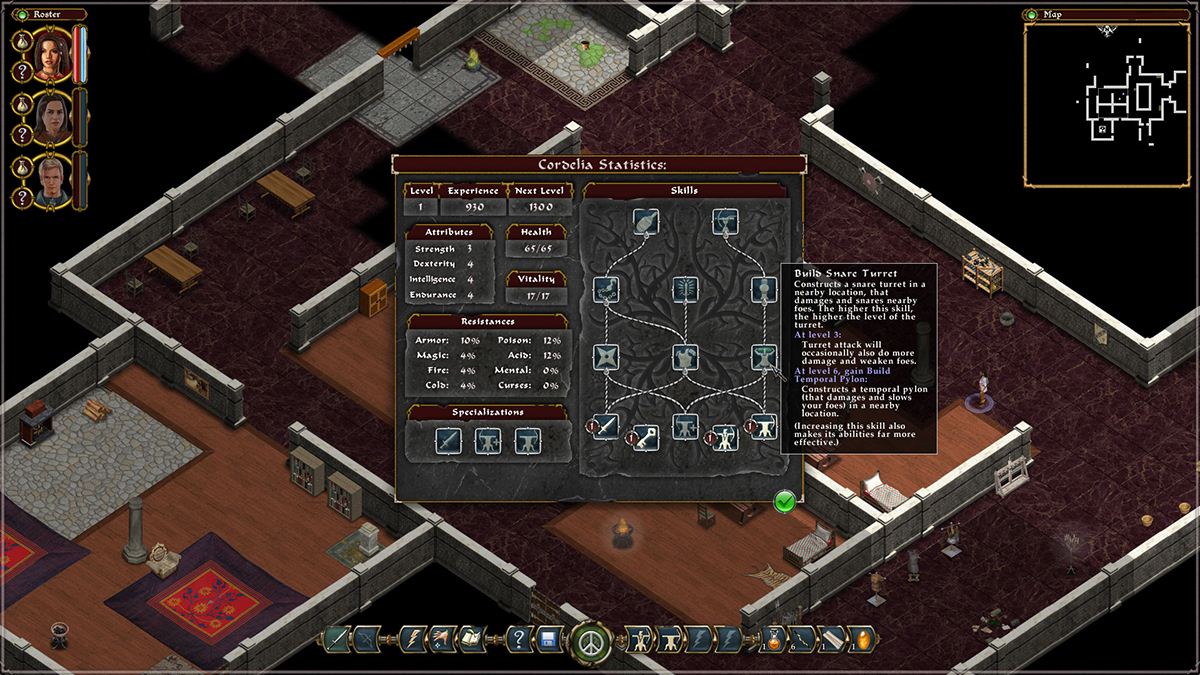 Not that I dislike RPGs of epic length, mind you. Quite the opposite, in fact, seeing how some of those are actually among my all-time favorites (Spiderweb Software or Almost Human Ltd., anyone?). Yet in spite of that, those are unfortunately more of an exception than anything else, given my ridiculous gaming backlog. Being able to sink hours upon hours into a game, to experience its thrilling tale as you move through a large virtual world overflowing with adventure(s) is great, no doubt about it.

But that’s not always what we’re looking for in a game, and I daresay indie developers – from solo to large teams – are more aware of this than huge studios with a near-infinite budget. Then again, being indie does mean that for the most part, there’s no publisher pulling strings, setting deadlines and such, giving you the freedom to create exactly what you’ve envisioned. Never underestimate the value of this.

Quality gaming doesn’t have to cost money though, however little. Call them crazy if you must (please don’t), but many developers have actually released their creation without a price tag. Like premium titles, these obviously vary greatly in quality, just keep in mind that playing one will only cost you time. Yes, I know: “time is money blah blah” – no it isn’t. It really isn’t. Unless you’re at work of course, getting paid by the hour, at which point you probably shouldn’t be playing video games in the first place! 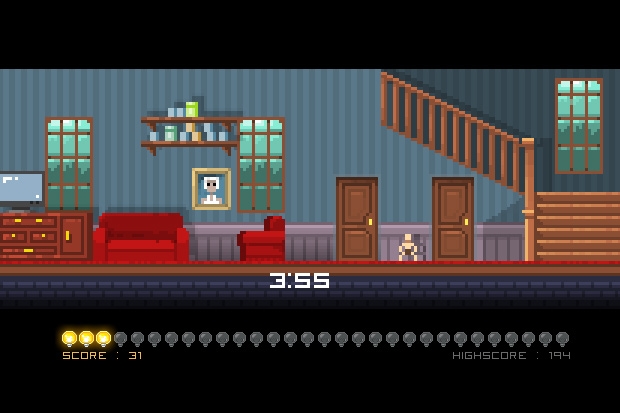 If you know where to look, finding proper great free indie games isn’t as difficult as one might think (hint hint). Hm? What shameless self-promoting link? I have no idea what you’re on about! Seriously though, while I have covered a bunch of them over the years, sites like IndieGames.com have gone completely bonkers in that regard. As I said, it’s not like there’s a shortage of indie created freeware. Not by any stretch.

In my experience, by far the most interesting places for free (and bite-sized) new games, are jams. No, not the sort you put on bread or pancakes – game jams. These come in a variety of flavors, from incredibly popular ones like Ludum Dare, 7DFPS and 7DRL to lesser-knowns such as The Arbitrary Gamejam and those revolving around specific industry events, such as the Candy Jam. However seemingly different, they all have one thing in common though: new (free) games come to life during every last one of them, most of which are… bite-sized (yay)!

It’s not uncommon for a jam created title to be of the neverending sort though. I know I made a big deal earlier about how ‘seeing a game all the way through’ is important, and I did certainly mean that. Yet, setting a high-score or something similar, showing off your level of skill, can be equally satisfying. Well, not if you play video games for the story, I suppose, but even so, there’s no denying that arcade games can also be considered ‘bite-sized experiences’; depending on how many virtual quarters you feed the title in question, that is.

Oh and would ya look at that: both the thought-provoking out-of-body puzzler Unit 44 and the neverending arcade-ish Ballkeeper are brief experiences (less so with the latter, but still). Continuing down Freeware St., we find Droid Arcade, a revamped version of Droidscape: Basilica, packing a “first one’s free, then a single IAP unlocks the rest” model. Same goes for the tactical fantasy RPG, Heroes of Steel, which I took a swing at here. Last but not least, before we take a turn down Premium Ave., is the screen-tilting maze-y Kozmic Blue alpha.

Horror fan? Point ‘n’ click fan? Then you should check out The Last Door, as the beta for its fourth chapter was just released. Or how about some old-school demon slicing, in Shin Samurai Jazz? Minutes after A Wizard’s Lizard was released, my review of this entertaining action RPG went up (spoiler: it’s pretty great). Heroes of Might & Magic fans might find Heroes of a Broken Land to be quite familiar, but while it may look the part, this strategy/dungeoncrawler hybrid plays quite differently from the classic 3DO franchise (and vice versa). Great stuff!

As always, not a week goes by without indie game bundles. The Humble Weekly is overflowing with roguelike greatness while Flying Bundle 5 packs eight very different games, and then… there’s the Greenlight stuff. Like previous ‘debut’ bundles, Indie Royale’s ninth in the series is all about lesser-known Greenlight entries. Speaking of which, IGF 2014 main competition finalists get to skip the green queues and head straight onto Steam, should they so desire. Lovely, ain’t it?

In what can only be described as a surprising move, Valve pushed January’s second batch through Greenlight last week. Guess they’re cleaning house, in preparation for shutting the service down? Whatever the reason, The Maker’s Eden is still stuck in limbo, and plenty of exciting new submissions were added. This time, I’ll be wrapping things up with a rather pixelated The Indie Post; one I’m particularly proud of.