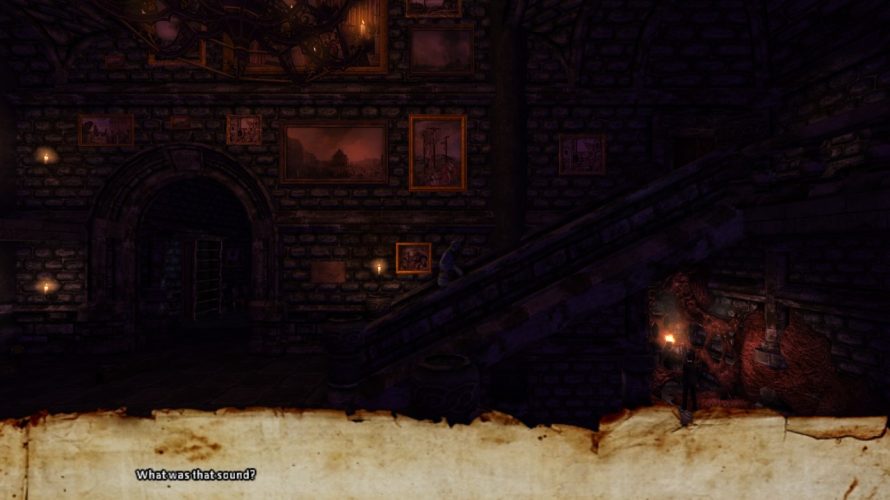 Remember the disfigured abominations (as in, the grunts) from Amnesia: The Dark Descent? Well, you’re about to become quite familiar with them; or one in particular rather, as Brian – The Second Dimension‘s protagonist – is… a grunt. He is different from the rest though, not content being a slave to his master. No, he has dreams, aspirations, a desire to be free. But sadly, the road to freedom is, as is often the case, long and troublesome, on top of being 2D (the game world that is).

That said, even though the perspective has shifted, this tale does in fact take place not only in a re-imagined Brennenburg but also alongside the events of Amnesia: The Dark Descent. Ironically, as it turns out, Daniel could very well be Brian’s ticket out of this place, as his capture will be justly rewarded  – dead or alive. Unfortunately, an even higher price has been placed on Daniel’s head, meaning his former friends and allies might no longer be entirely trustworthy. The prospect of easy wealth can be very hard to resist.

Now, as far as the whole 2D thing goes, it probably goes without saying that there’ll be an assortment of both puzzles and platforming sequences, the latter a tad finicky at times. Fortunately, fall damage is not a thing, even if a health system is. Kinda. Five hits and it’s lights out for Brian, forcing a restart of the current level. Yup. Level. Unlike the original tale, this one is split up into different, and seemingly rather linear, levels, complete with a ‘status screen’ after each.

Amnesia: The Second Dimension is a mod that turns Amnesia: The Dark Descent into a puzzle platformer with comedy and horror elements, with 2D action in a 3D environment.

Doesn’t mean that neither pacing nor story has taken a backseat to the action though, as the game will occasionally pause and pop a piece of information on-screen, or play a scripted event. Not too often, mind you, but frequently enough to act as a nice break from all the running around, jumping up and down the stairs, flicking switches, pulling levers and what-have-you. Maybe even start a fight or two? Maybe not.

Suffice to say, in no small part due to its 2D twist, The Second Dimension is certainly one of the more unique custom Amnesia: The Dark Descent stories I’ve played, and a fun one at that. Sure, the controls could do with some tweaking and the font is a bit hard to read, so it’s hardly a flawless experience. Yet, in spite of those minor issues, I’d still recommend helping Brian fulfill his dreams. Who knows what might happen, after all?