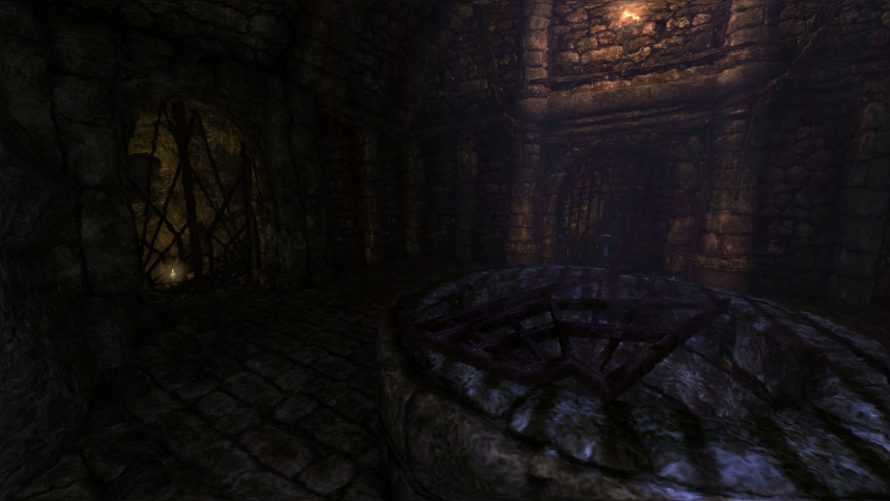 With a name like the Darwin Institute for Misbehaved Youngsters, it’s hardly a surprise that Christopher Golden – Key to Freedom‘s protagonist – wants to flee that place as soon as possible. As fate would have it however, his attempts have all been unsuccessful. But today, luck might finally be on his side, as the headmaster has presented Christopher with a task that will, if successful, allow him to leave! All he has to do is break into an old mansion and acquire a key. That is all. Oh right, the mansion may or may not have been sealed off and abandoned for a reason…

Right from the get-go, you’re introduced to how story elements are delivered in Key to Freedom: by way of notes, as found in your journal. In fact, the first one actually tells you to check for notes in your journal, ironically. Anyway, on top of plot bits, these also serve as a guide of sorts, containing hints regarding what to do next. As for exactly how the headmaster managed to write this stuff ahead of time, and about a place that’s been sealed off for the longest, is a mystery entirely its own, and not one that’s likely to ever be solved.

That said, like any good Amnesia: The Dark Descent story, this too features a number of mysteries, puzzles, and uncanny locales, all of which are just waiting to be solved and explored (and vice versa). Provided you don’t end up fleeing the mansion in terror at least, because… well, without spoiling anything, let’s just say that nothing is quite as it seems in this place. In fact, it’s almost as if the building has taken on a life of its own. Eek!

There’s a lot to explore, witness, and do (including more than a few brainteasers), as you roam the dark halls in search of that accursed key, and just enough scripted sequences to keep the player on his/her toes throughout the story. A story which is not only rather non-linear but also features alternate endings and proper voice acting! All in all, good stuff.

Those brave enough to help Christopher on his quest need only grab Key to Freedom, along with a copy of Amnesia: The Dark Descent. Mod is free, while the game will set ya back an even $20.