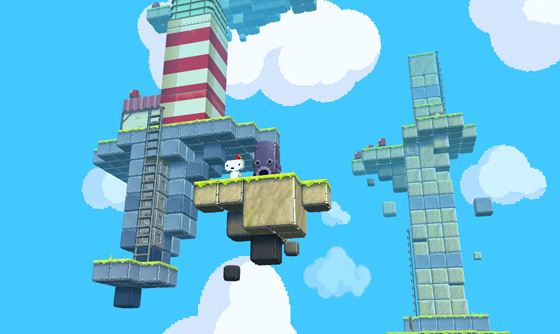 Once again we’re kicking off with DIYGamer’s predictions for 2012, but this one’s about 10 indie games they think will be “most popular and well received” come next year. I’m not going to drop my $0.25 on these however since most don’t have enough details available just yet.


In totally unrelated news, everyone’s favorite dungeon crawler title, Dungeons of Dredmor, is getting an expansion titled The Realm of the Diggle Gods (what an odd name). I haven’t had a chance to really dig into the main game yet, but from what I’ve experienced, it’s definitely one of the best takes on the genre in recent years and if the expansion is anything like the original, I smell a hit coming. Check out the blog for screenshots and a trailer.

Speaking of dungeon crawlers, Legend of Grimrock had another update on the blog, this time with a nice list of features recently added and what’s coming up next in the development process. The one that immediately caught my eye was an option for playing without the auto-map. That’s going to be fun, though likely frustrating.. but fun. Still no release date though.

But let’s continue with another dev diary: Voxatron dev diary 1 went up this week, and it’s quite a read! A lot of work is going into improving/building upon an already solid product – especially for something still in alpha stage. Can’t wait to see what the future holds for this one, especially with the strong community it’s already gathering.

Microsoft decided not to include Denmark (and too many other) among countries that do not have access to XBLIG, so it’s always good news when a developer decides to port games from that platform to other, so we get a shot at enjoying them too. This time Milkstone Studios showed PC owners some love by bringing Infinity Danger and Zombie Football Carnage over. Guess everything has zombies today…

There’s quite a bit going on in the world of indie games every week and we’re not quite done yet. People were rather talkative this week, and five interviews were conducted. Like the releases and reviews, I’m going to list them and wrap this one up.

Have a great weekend!

At a Distance (free, Windows/Mac)
Bastion for Chrome (demo available)