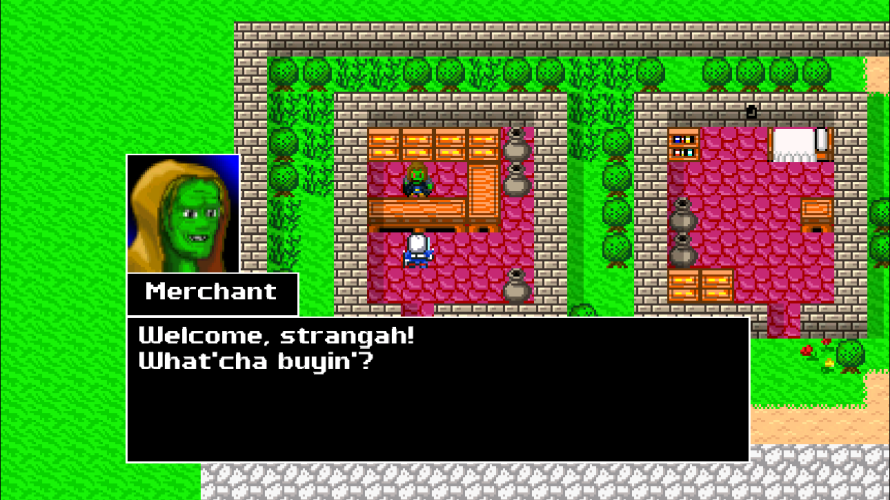 Breath of Death VII is truly unlike any other RPG today, and I’m glad Zeboyd Games went with an old-school style. The visuals (and many gameplay elements) presented here are similar to Final Fantasy (1987) and Phantasy Star (1988); that may seem a strange choice to some, but I think it’s great. It’s like returning to a simpler time… when RPGs didn’t have (often confusing) branching dialogue options or complex skill trees, but actually focused on gameplay and a plot that (sometimes) made sense, more than simply showing off a fancy graphics engine.

Many RPGs released these days seem hellbent on presenting sweeping vistas and pre-rendered cut-scenes as you travel through an imaginary world, with a plot that is both extremely generic and shallow. I don’t mean to make it sound like there have been no good titles in the genre, in recent times, because there have been plenty; unfortunately many favor eye candy and simple gameplay over engaging you (the player) in a deep and thrilling plot – one that makes you feel like being on an actual adventure, as opposed to simply playing a story that has already been written.

To me, it seems that a lot of developers have somewhat lost their way, far as this genre goes. That only serves to make this game stand out more, however, because this is pretty much what those of us who enjoyed the genre in the late 80s remember with (hopefully) fondly, with plenty of titles to choose from too – whether you grew up with a Nintendo or SEGA console. Unfortunately, many old RPGs, particularly on the NES, were never even released outside of Japan; many of those are thankfully now available in ports for various systems, including Final Fantasy V (1992) on the GameBoy Advance and PlayStation (as part of Final Fantasy Anthology (1999)). 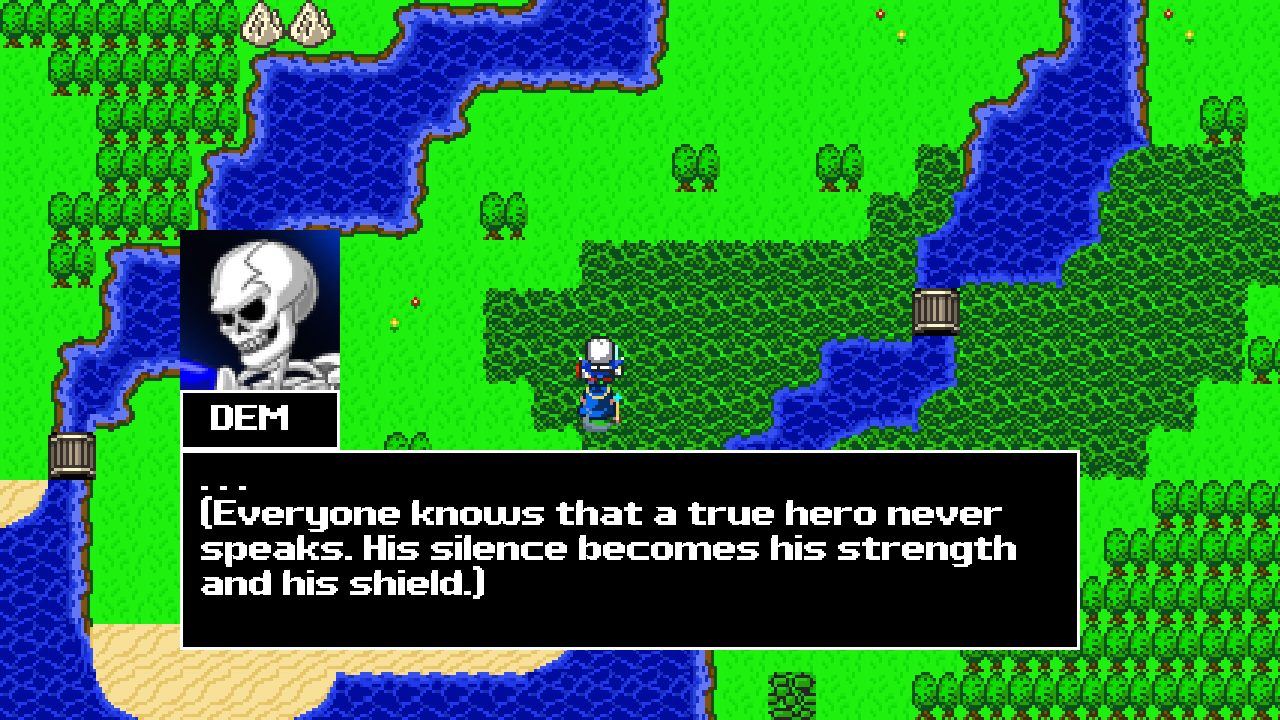 But even if you’re too young to remember those days, or didn’t play such games back then, there’s still a chance this will appeal to you, and this is where I tell why.

Breath of Death VII? Where’s VI, or even I through V?
Okay, so I was lying. We’re not at Breath of Death VII just yet, since I feel a need to explain a few things about the title of the game (and attempt to avoid sequel-confusion):

First of all, there is no Breath of Death ‘series’. The developer likely simply took a stab at a sequel crazy, but very popular, RPG series where each game had little or no relation to the one before it with the number; I’ll let you figure out which one (hint: starts with ‘Final’). On top of that, unless I’m mistaken, the ‘Breath of’ part is a reference to the Breath of Fire series; a popular JRPG franchise across both Nintendo and Sony consoles, with the fifth game being on the PlayStation 2.

Also, if you really wanted to, I guess you could say that the “VII” was chosen over any other number because a certain JRPG franchise had its biggest success with the 7th game? No? Let’s move on then. 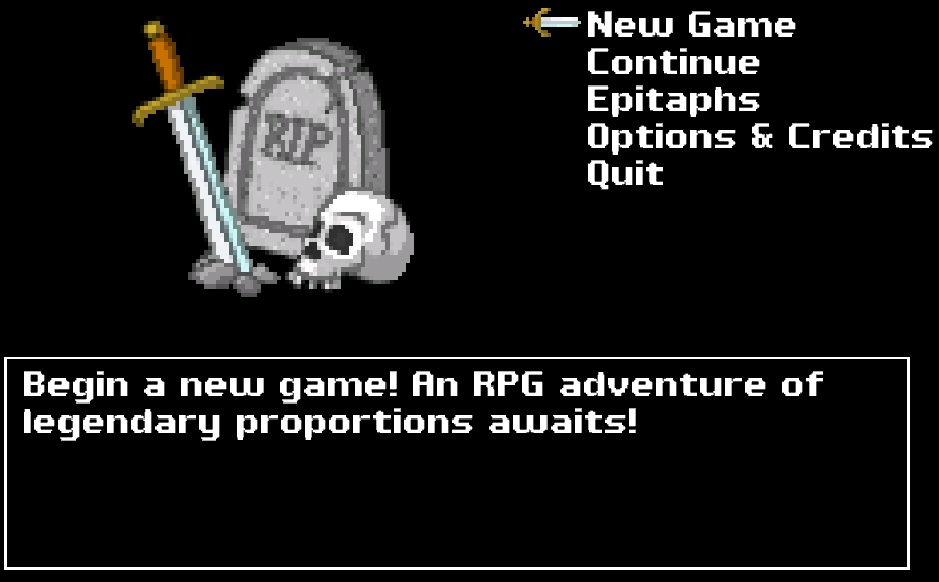 Nothing subtle about the ‘New Game’ option, but that’s what’s so great about this game – it rarely takes itself seriously. Even the plot is rather silly, but rarely to the point where it becomes too cheesy or starts to lose focus. I will not go into great detail about it here, but let me just say this: Breath of Death VII manages to take a semi-typical plot and twist it into something new, complete with an ending I doubt many will see coming!

Since we’ve already established that this is not the most serious of games, obviously it’s also not one with story-telling on par with The Lord of the Rings. What we do however have here, is a highly entertaining title with roots deep in classic JRPGs – without the stereotype characters from such (thank God); but unfortunately it did not escape the random encounter system that plagues older titles in the genre, though it does mix things up a bit to make it much more accessible, which brings me to the user interface and combat. 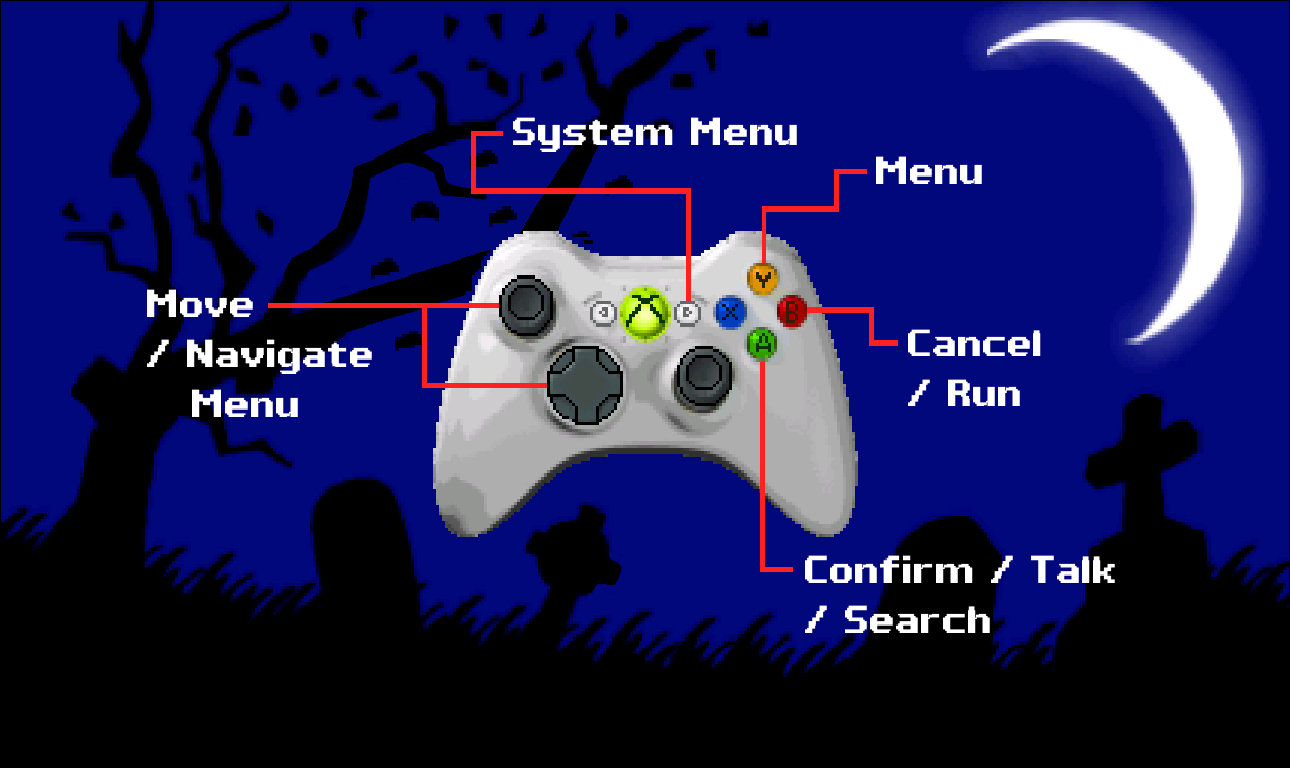 Upon the beginning of a new adventure, the fourth wall is broken immediately, as the game shows you the controls and make the mistake of showing you an Xbox 360 controller when telling you how to play the game. Clearly, a mocking of PC owners, since the game was released on the Xbox 360 almost a year earlier. Jokes in this one are plenty and frequent, though some are more obvious than others, including a Resident Evil 4 reference.

“Enough talk. Have at you!”
If invisible random encounters in RPGs made you lose interest, chances are the same happened when you read that this has them too, but since you’ve made it this far it’s time to describe what I meant by that feature being ‘more accessible’ in Breath of Death VII: usually ‘random encounters’ means that you can’t walk more than a few feet/squares before some random invisible monster attacks you from out of nowhere, all the time – and for some reason there seem to be an endless supply of them! Someone at Zeboyd Games decided to restructure the monster production facility though so that each area in the game only has a limited number of random encounters, after which there will be no more of that. Should you feel the urge to challenge an opponent after the counter reaches 0, you can still do so by selecting ‘Fight’ in the menu.

The combat itself also has a few twists, to further set the game further apart from its old-school roots. These include a combo multiplier, that determines how powerful certain abilities are – by attacking an opponent, the multiplier increases and by using an ability that utilizes the combo system.. it resets. That may sound simple, but it does add some depth to an otherwise seen-often-before turn-based system during battle. Nothing quite like unleashing a massive ass-whooping special attack on the poor enemy who decided to try and make your life miserable though!

On top of that, you can perform ‘combination attacks’ between characters, for even more tactical depth, by using two characters to perform a single attack/ability. Special attacks cost mana though, and there are only two places where mana can be refilled: At an inn (typical of RPGs, even today) and at a save location; you can save the game almost anywhere though. All party members get a complete health refill after a battle along with a second chance at life should any have fallen, so the random encounters aren’t all that annoying..

I’ve intentionally left out certain features and gameplay elements because if I covered absolutely everything this would not be a blog as much as a manual! Show of hands, who likes manuals? Yeah, that’s what I thought, so I’m gonna wrap it up with what may come as a bit of a surprise: the PC version of Breath of Death VII is bundled with another great game from the same developer, on both Steam and GamersGate – so if you don’t like Steam or prefer DRM-free, GamersGate is the way to go.

No need to look any further for your old-school RPG fix, ’cause Zeboyd Games has you covered!