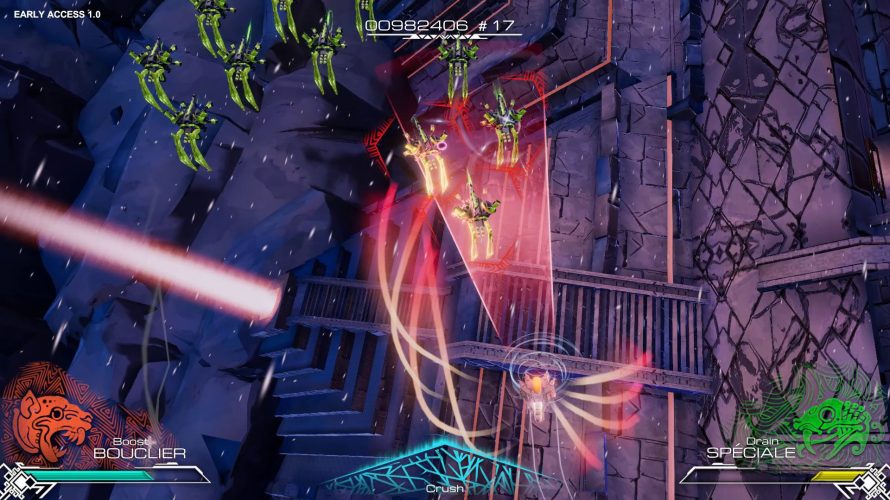 With Valentine’s Day rapidly approaching, why not take a look at recent Steam additions? Something among them just might make for the perfect gift. Ya never know!

Kingdom of the Dragon Reveal Trailer

Kingdom of the Dragon ($11.99)
Knight(s) of the Round Pixel Art! But seriously, loving the lack of a HUD to get in the way (or maybe that’s just for the trailer?) of the overarching doom-and-gloom feel this one has. Also, ghosts!

Stage Fright ($7.99)
Rhythm game with a horror twist? Sold. Seriously, this looks like something truly special. And creepy. So very creepy.

Tangledeep ($14.99)
Well, I do like a good tile-based RPG, and… holy crap on a cracker, that character customization screen! Impressive stuff. Oh, and that art style. Aw yeah!

Delver ($14.99)
From tile-based to first-person, turn-based to real-time… wow. On top of that, this dungeon crawler is – like a couple other on this list –  the rare case of Early Access done right (as in, 1.0 actually happening). What’s not to… roguelike?

Avernum 3: Ruined World ($19.99)
The world is falling apart in this remake of a classic indie RPG, and the best part is, you don’t have to save it. I mean, the plot is unlikely to progress if you don’t, but eh, there are other things to do, like… set up shop somewhere. Just saying. Fight! …in the name of profit?

Dual Snake ($7.99)
Now we know why two-headed snakes are nowhere to be found: they’re stuck in puzzle games like this one. No really. Look at the trailer, and tell me tha – alright, fine. Maybe I just suck at brainteasers. Still looks like a fun time, though, and hey – level editor!

Wulverblade ($14.99)
Death to the Roman empire, at the hands of Britannian warriors, in this stylish beat ’em up! War! Carnage! Rage! Wait, wolves? Historical influence? So groovy.

The Quiet Sleep ($4.99)
I’ve always been a firm believer in that visuals don’t necessarily make or break a video game, which is why this one made the list, what with its super minimalistic design and all. That said, it does look like an experience that’ll make my head spin. In the best possible way.

PAWARUMI ($16.99)
While writing Not Enough Steam Reviews! the other day, I found myself wondering when we’d see another super interesting shmup on Steam, and as it turns out, last week was it. Such stylish design and… those weapons. Rather lovely idea.