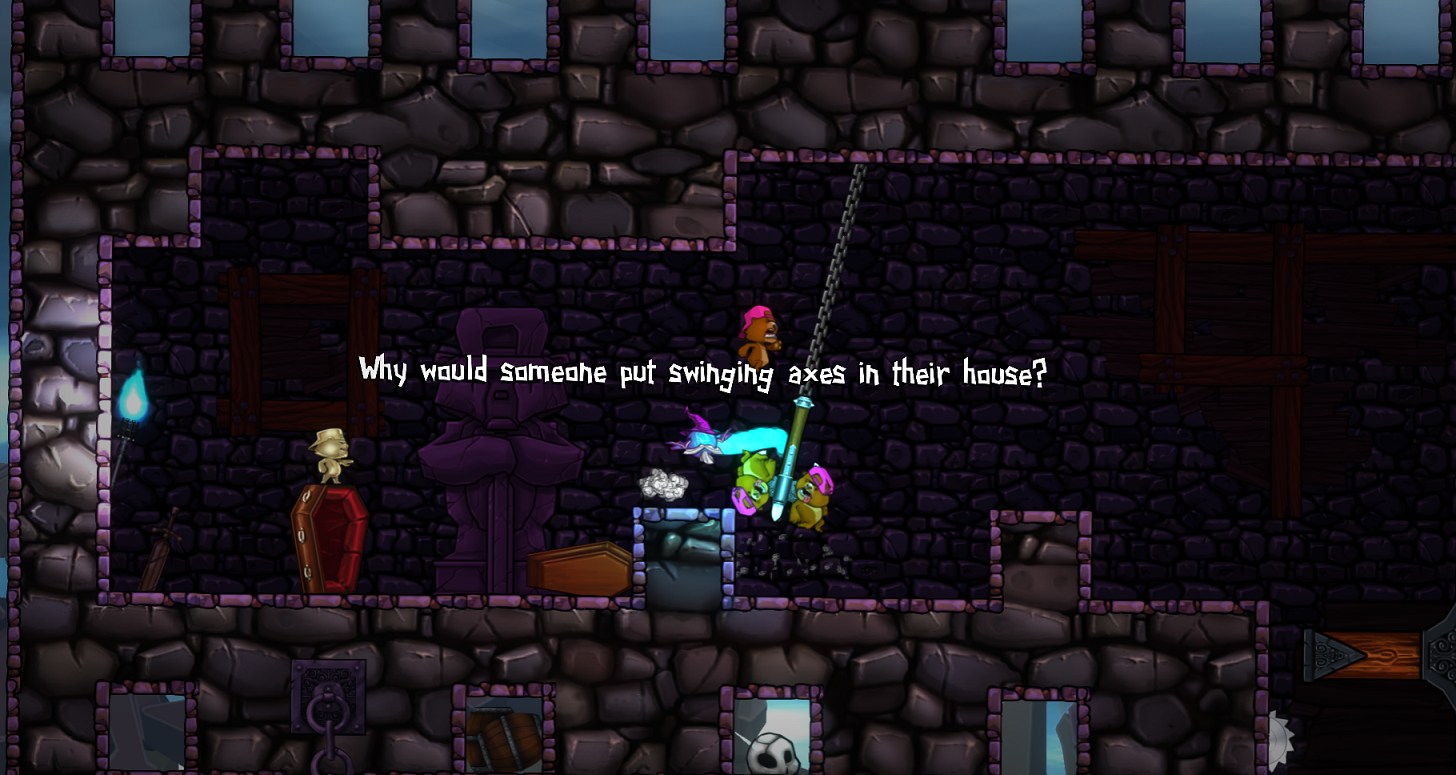 Super Rude Bear Resurrection (@AlexRoseGames)
Super Rude Bear Resurrection is a masocore platformer where dying helps. Whenever you die, you leave a permanent corpse behind that you can use as a meatshield, platform, paperweight etc. to get further – though if you’re good enough you never have to die at all. SRBR caters to speedrunners, but even a novice can beat it with enough corpses. 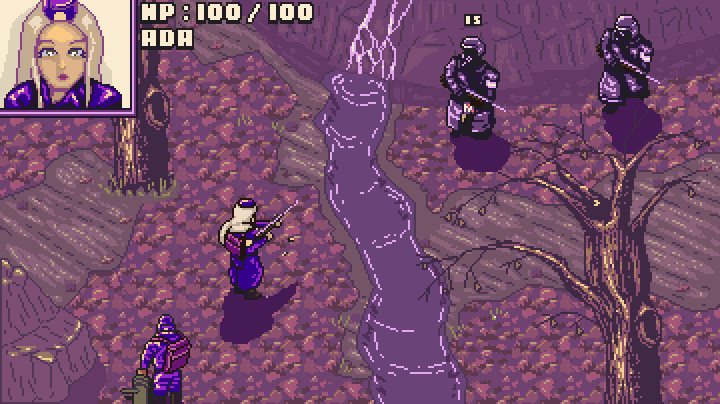 Super Trench Attack 2 (@BlueStarGeneral)
You are Ada Frost, a lieutenant of the blue army. You find yourself deep behind enemy lines, with the stolen black army plans in your hands, you can end the war. That is, if you and your squad can make it back home alive! Of course the Black army won’t let you escape that easily, They have dispatched their top general the evil Helmut, to stop you in your tracks. 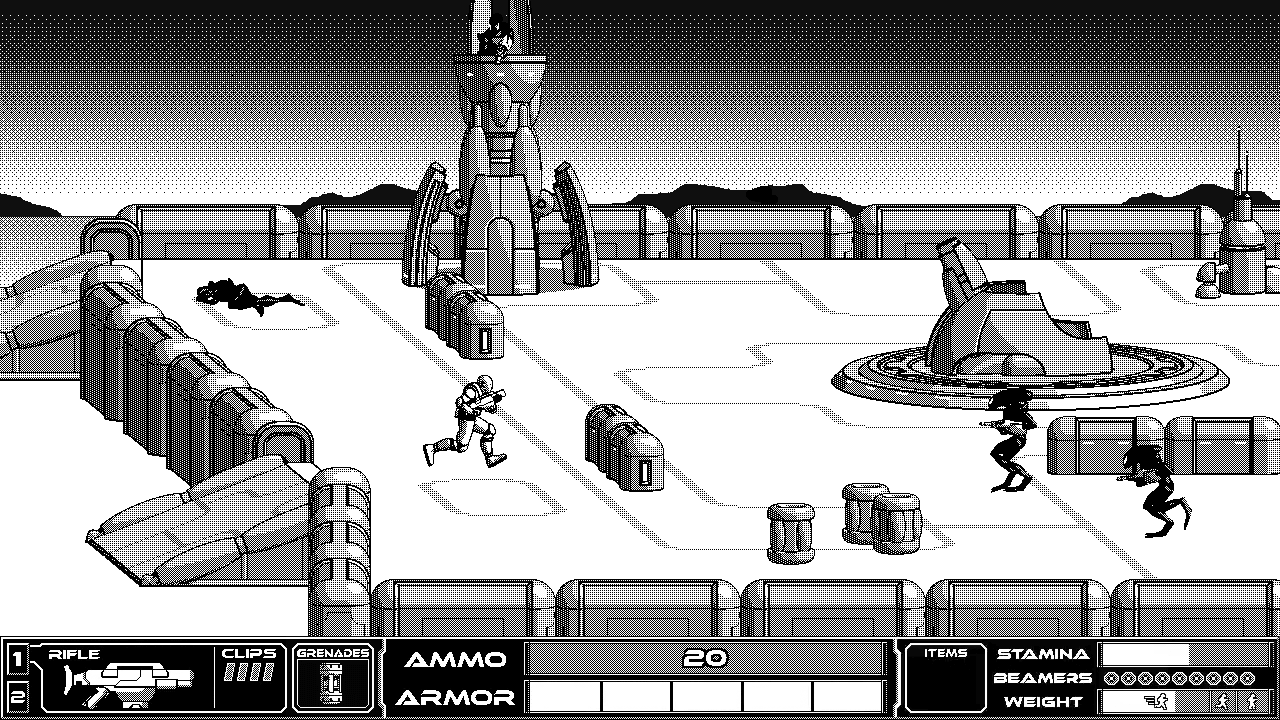 Rogue Invader (@squishygamesco)
Twenty years ago, the zenos began invading terran colonies, leaving a trail of death and tears in their wake. Terrans fought back, one planet at a time, while building a fleet to stab at the zeno home-world. You arrive with that fleet, just after a series of massive space battles in which all supply ships have been destroyed. You are left with a huge invasion army but no supplies to invade with other than one million marines, one drop-pod, and one pistol.

Paint it Back (@casuallabs)
How do you play? Kind of like Sudoku, but fun. You use logic to figure out which sections of the canvas to paint. 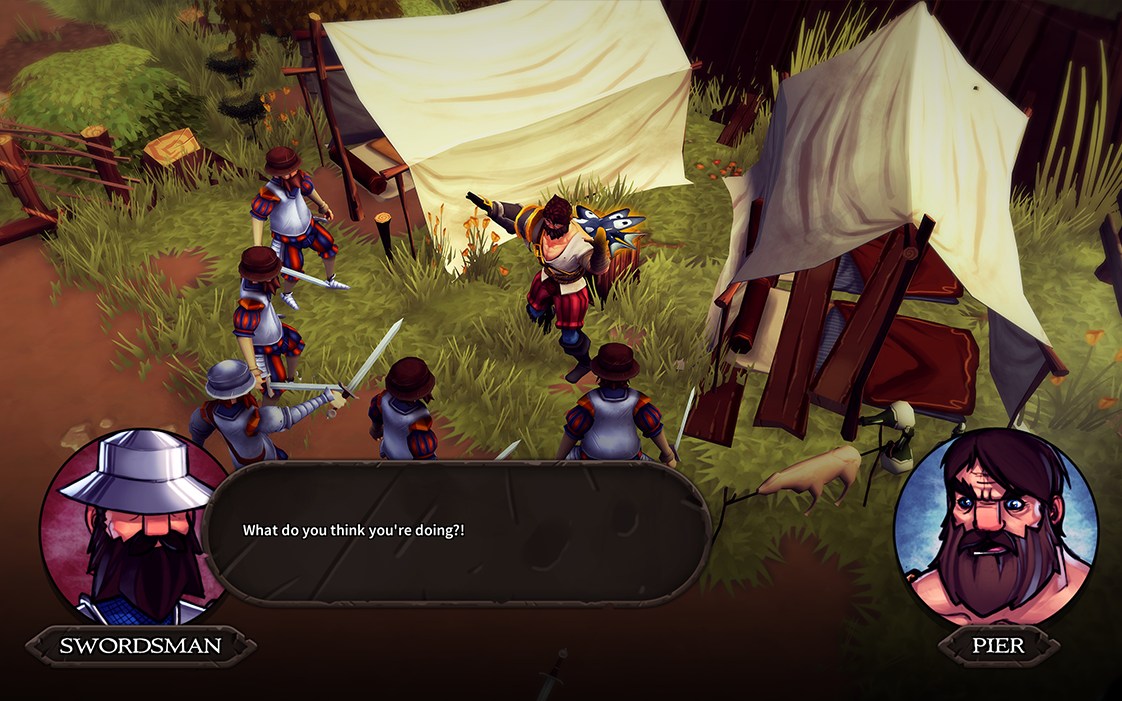 Cross of the Dutchman (@trianglestudios)
The story takes place in medieval Western Europe, in the province of Frisia, near the turn of the 16th century. Though Pier and his family lived in peace, the world around them was changing for the worse. Saxon legions were invading nearby villages, making the lives of the native people next to impossible. On one faithful day, Pier got involved with the Saxon oppressors, escalating the situation for the worse. The events portrayed in this great adventure caused Pier to gather a band of farmers and form a front against the oppressors. The acts that followed made Pier into the legend he is known for, the Cross of the Dutchman. 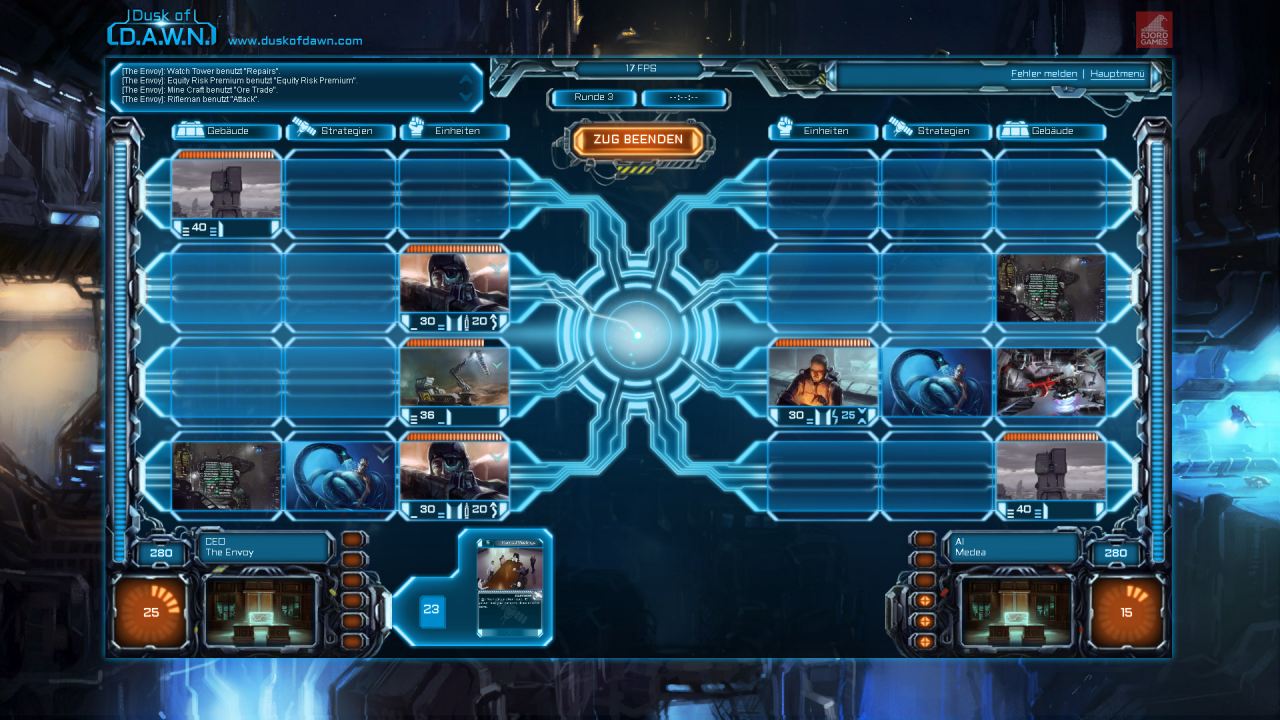 Dusk of D.A.W.N. (@DuskOfDawnGame)
You are the CEO of your very own megacorporation. Build a deck out of over 120 cards and fight against other player-owned corporations as well as against the remnants of the psychotic artifical intelIigence we used to call D.A.W.N. With each level you gain, you unlock new divisions and open up more strategic possibilities. You also have Runners at your disposal, customizable and levelable cards that come with their own unique abilities. 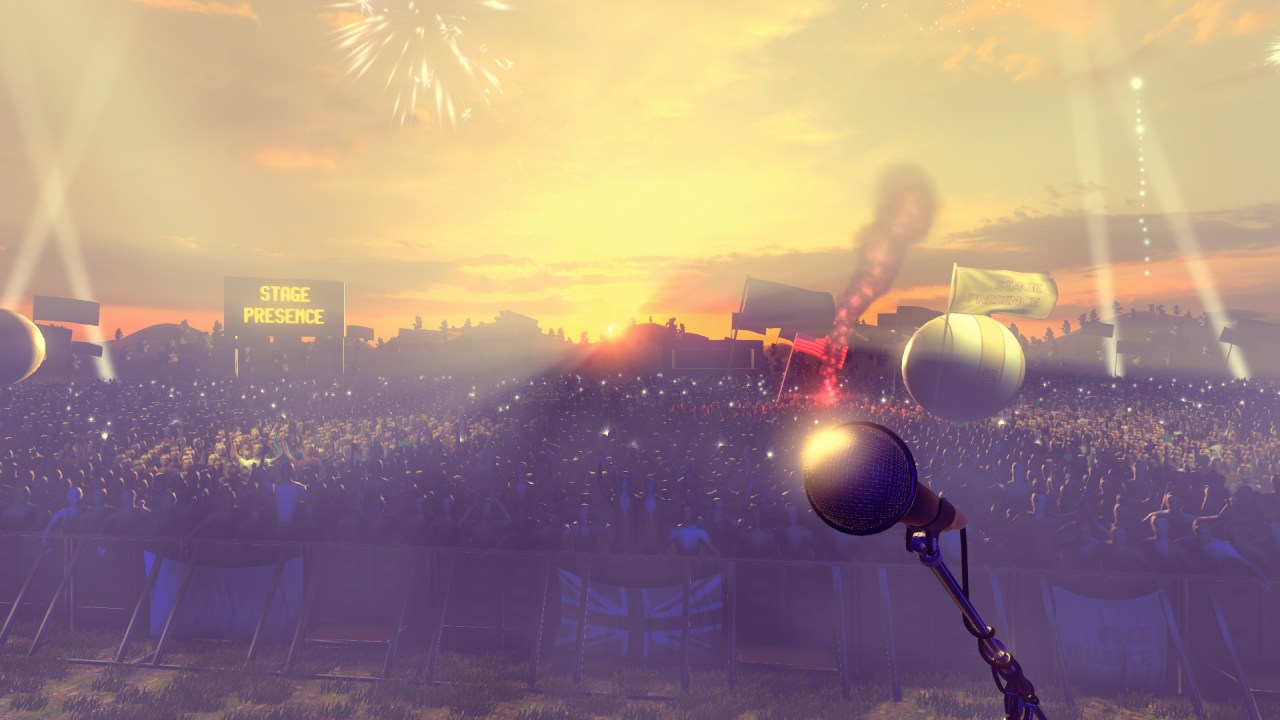 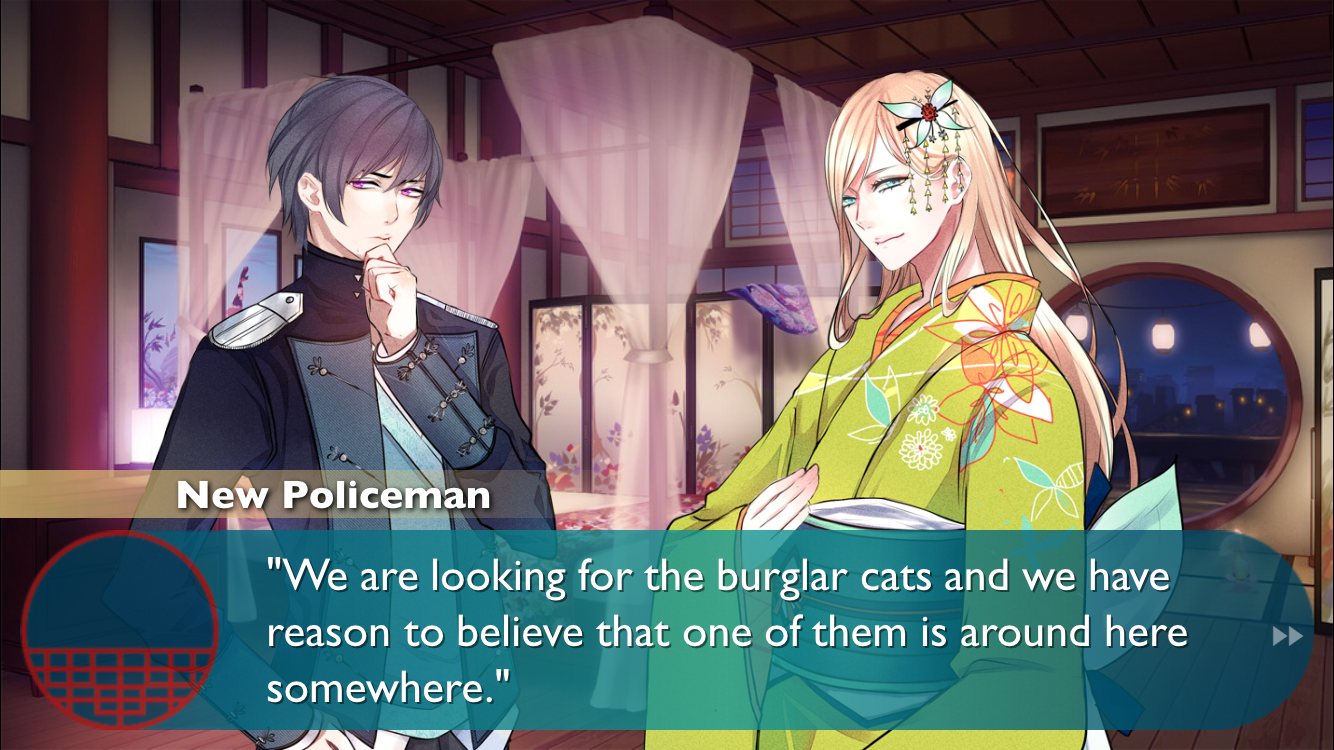 Purrfectly Ever After (@_weeev_)
This dating sim is filled with side-splitting comedy, over-the-top drama, and of course, heart-melting romance. This first game from Weeev aims to bridge the gap between Japanese-centric otome games told in a not-so-Japanese point of view and storyline.