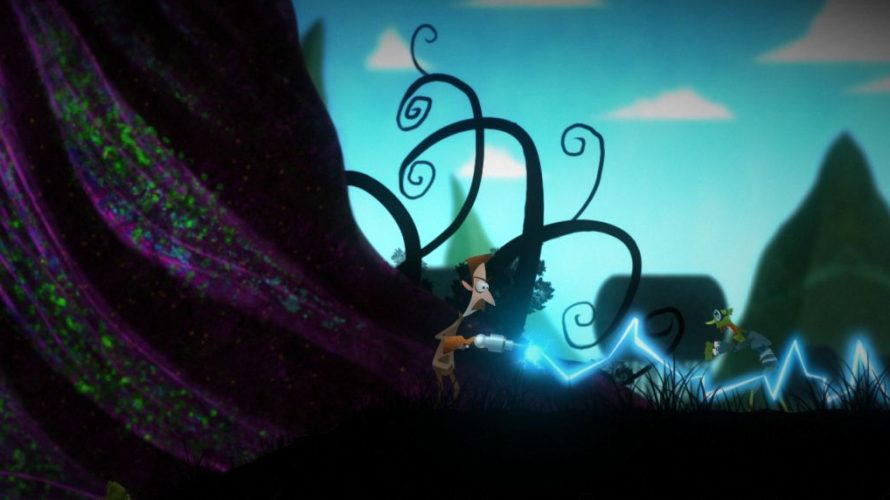 This time the spotlight will be shining on Tesla Breaks the World!, a game in which Nikola Tesla (yup, that guy) has to stop an undead horde. Let’s see if we can’t help it escape the cold emptiness of Greenlight limbo.

Yes, we know its another zombie game, yes- its procedurally generated… Yes, its ANOTHER Nikola Tesla Platformer… Oh wait. When was the last time you played a game as Tesla battling 1800’s-era undead?

Yeah, when did we last get to do that? Zombie games are a dime a dozen nowadays, but I like the spin they’ve put on it and the hand-drawn art certainly doesn’t hurt its chances. As one might imagine, given the choice of protagonist, inventions play a sizeable part of Tesla Breaks the World!. Inventions and… the undead. Did I mention there are brain-eaters in this one? Oh right. Well, there are, and with finite lives, you’d better be careful about how you deal with the lot! A little thinking outside the box and some serious craftsmanship may be required to fix this mess; which I’m fairly certain Mr. Tesla is to blame for, actually. I mean, we all know scientists love to experiment, and those do have a tendency to go horribly wrong. Just saying.

So riddle me this, dear reader: why is Tesla Breaks the World! still struggling to get through Greenlight? It’s not out yet, but Archetype Global is working hard on getting there. If you haven’t done so already, might I recommend visiting its Greenlight page and handing over a ‘yes’, if you like what you see? Remember, your vote matters!