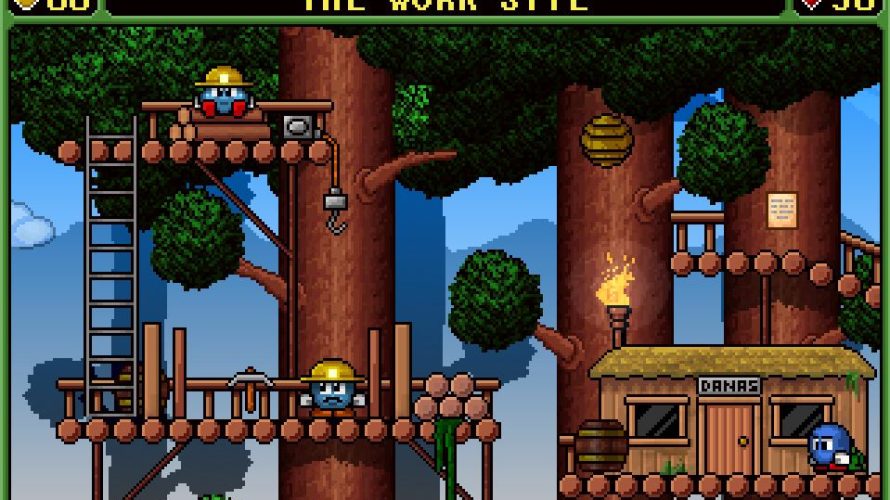 Apparently Prince Charming couldn’t keep his hands to himself and got turned into a frog for it. Being the hero and all, you agree to help him solve this peculiar problem… and many others. Time to embark on a grand adventure!

Quite the odd plot, but an interesting one nonetheless, and what better motivation than to help royalty? Remember, such people tend to be rather wealthy, so there may be a huge reward in it. Or maybe you’ll just get a pat on the back and go back to your everyday life after everything’s said and done. Yeah, that sounds far more plausible. Not that I’d know, mind you, as I never got that far (hence, impressions instead of review).

From the get-go, it’s obvious that Spud’s Quest is all about kicking it old school, but unfortunately, that’s also its biggest problem. At the beginning of your journey, everything’s fun and new. Wandering the village, talking to NPC’s, some of which are in need of assistance while others are merely there for chit-chat, is fun. These are quite the varied bunch too and include a conversation between a father and his son, which revolve around… eating a house (you’ll see). Oh and no one cares that you’re already quite busy, as they’ll gladly burden you with their own troubles; lazy punks! 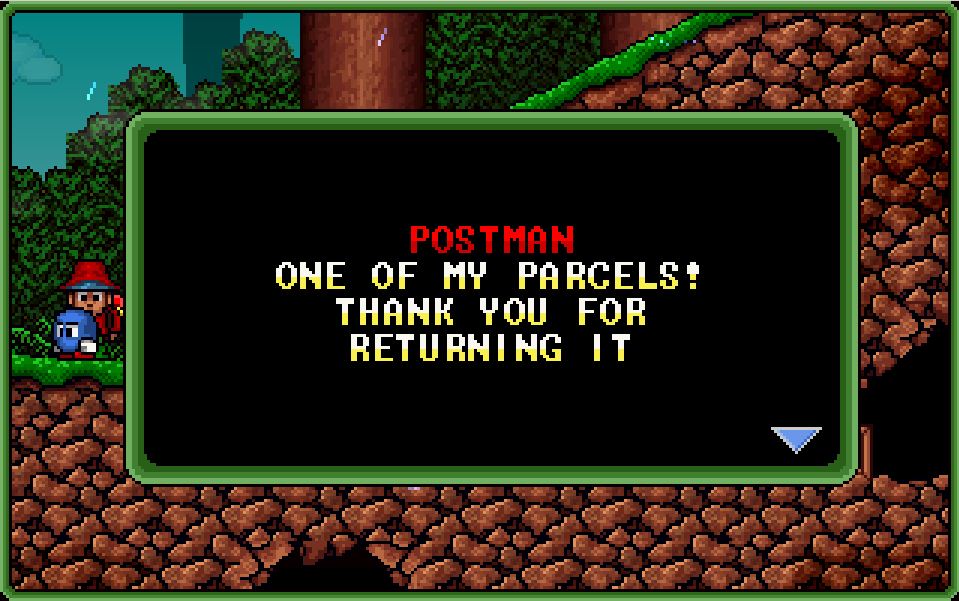 No matter where you’re going or who you’re trying to help, you’ll spend most of your time platforming, flinging apples(?) at nasty creatures, solving various puzzles and managing your inventory. While combat is ever so slightly annoying due to the trajectory of your projectiles, whatever they may be, it’s at least tolerable. Can’t really say the same about the puzzles, most of which revolve around item manipulation, of which you can only carry four at a time. Suffice to say, this was where things started going downhill for me.

You see, the world in Spud’s Quest is massive, and in spite of some areas being sealed off until later in the game, it’s still incredibly easy to lose track of which item you left where. There’s no clear indication as to which may be needed for the next step either, and all compete for the same slots – even those that aren’t used for a quest. Imagine leaving a bag behind and traveling quite the distance, to then encounter an NPC in need of that particular item. Chances are the cause of this is the overarching retro theme, but deviating a bit and taking certain liberties if it makes for a more enjoyable experience is quite alright; in this case, a larger inventory.

However annoying this aspect, I did manage to reach (and survive) the first temple, death traps, snakes and all. This was also where the Metroidvania inspiration became clear, and fortunately, any and all items needed could be found within, including a new ability. This kinda reminded me of the Legend of Zelda, as in some of those dungeons, the player would acquire an upgrade or new ability, before finishing it. 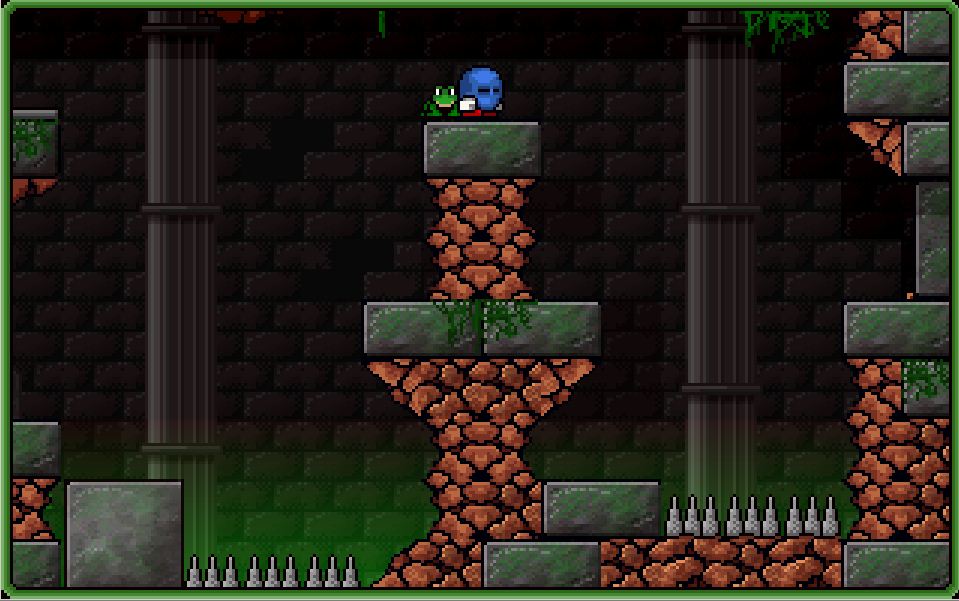 As I ventured through this temple, levers were pulled, pressure plates activated and many a foe bested in combat. The fact that these would reappear every time I revisited an area did prove rather troublesome, given the amount of backtracking. On a more positive note, the puzzles were certainly clever, often requiring me to swap between Spud and Prince Charming. Frogs can jump quite high and crawl through tiny gaps, after all. Too bad he’s unable to pick items up and carry them around. But enough of all this negativity. Spud’s Quest does have plenty going for it, even if certain design choices cast a rather long shadow.

It’s a great looking and sounding game, with a retro art style that – thank goodness – is not of the overused 8-bit sort; more Amiga-ish (I think?). There’s also a huge world to explore, with lots to do and a varied cast to converse with, some of which play the role of “where am I going again?” guides (yay, human quest logs). Combat, while a bit repetitive given Spud’s limited arsenal, helps mix things up. Then there are the puzzles… ah yes, the puzzles! These range from ‘clever’ to ‘incredibly obscure’, though swapping between Prince Charming and Spud in certain areas – that stuff never gets old. 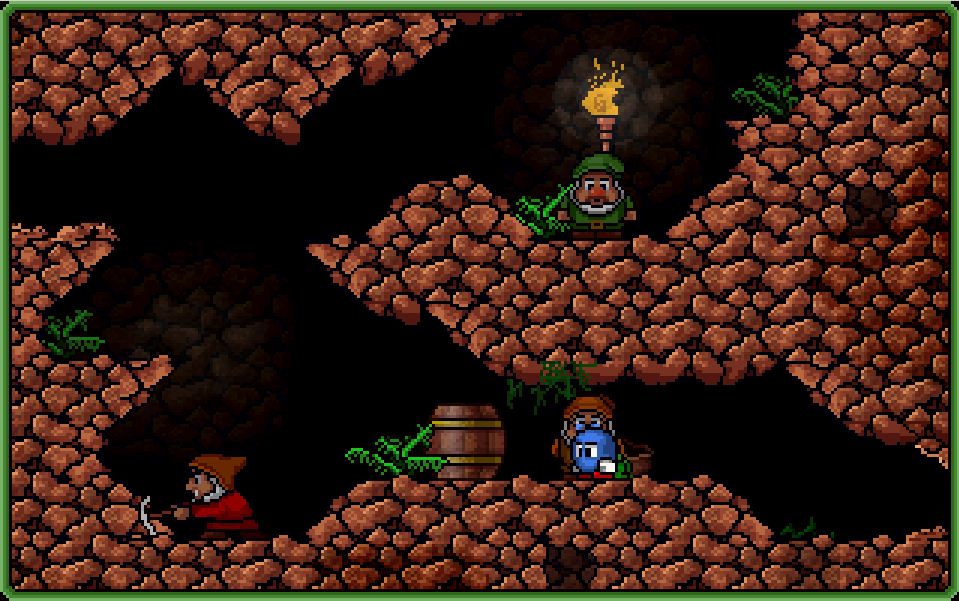 Did the platforming, lever pulling, block smashing/pushing, chit-chatting, kicking ass and taking names, in the name of helping royalty, make for a worthwhile experience though? Well yes and no. If you’re willing to put up with a complex inventory system, at times confusing puzzles and simplistic combat, there’s definitely fun to be had with Spud’s Quest; and don’t forget about Greenlight!