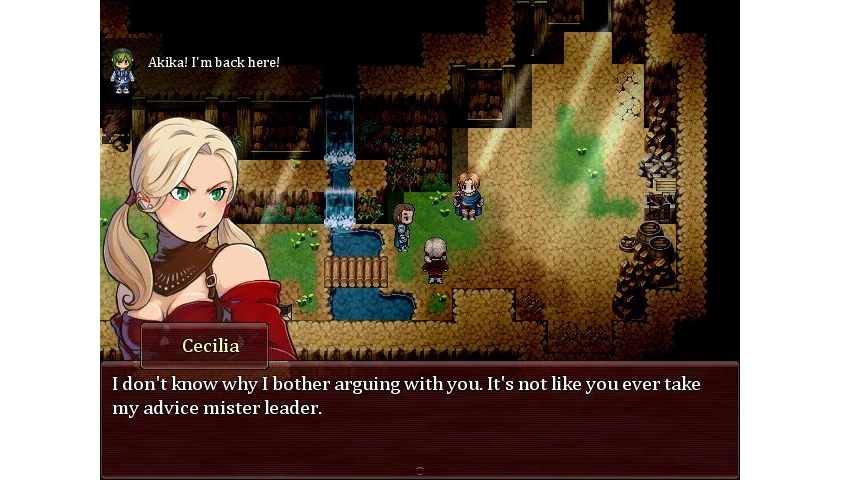 With Chema’s army on a rampage, the need for heroes is more important than ever. Fortunately, the trio of Leon, Panda, and Cecilia is ready to kick ass and take names. But your name is Petulia, and… you are not the hero!

Instead, you’ll be playing the part of Petula, a young girl (read: NPC) who, like so many other, is cursed with the bad luck of living in a town currently under invasion by hostile forces. Sounds like fun, right? Actually, it is, believe it or not, and a lovely twist that turns the entire genre upside down at that. It’s not uncommon for the fourth wall to be broken with the likes of video game references (Resident Evil comes to mind) either, and a ‘hidden’ YouTube Let’s Players easter egg of sorts.

You Are Not The Hero is definitely not a game that takes itself seriously, and neither should you. If you do, chances are you’ll miss the puns, RPG clichés and other fun stuff the developer has included, in an attempt to make it as nonsensical as possible. Besides, when was the last time you got to play as an NPC? Exactly. That said, seeing how Petula’s role in this mess just screams ‘support character’, you’ll still be helping, well, other NPCs! What, surely you didn’t think it was going to be that easy? 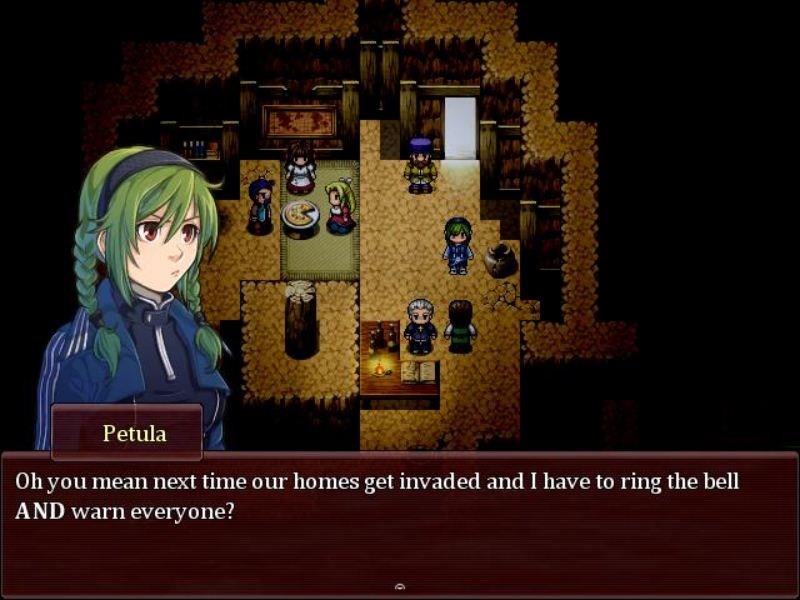 She does seem a bit grumpy about this ordeal though, but can ya really blame her, considering these so-called ‘heroes’ plundered her home and stole an important pendant? Man, if I were in her shoes, I’d be every bit as grumpy! But alas, that’s the hand fate has dealt her. Oh and as if that wasn’t enough, somehow, she’s also become the person everybody constantly relies on for the smallest things. Ugh. As if having to chase Leon, Panda and Cecilia wasn’t enough hassle!

The neighboring towns are worried about the increased sightings of Kobolds near town. What will you do? Persuade the militia to wipe them out, or figure out what’s wrong and perhaps get their help?

Make no mistake however, for while my description of this tale sounds rather depressing and tiresome, it is anything but; well, the pre-alpha demo, at least. And based on details from its Kickstarter, which has long since passed its goal by over 300%, the full version will let you be an NPC in every aspect. I’m not entirely sure how they’re going to pull that off, but if they do, ya better believe I’ll be picking up a copy of You Are Not The Hero, come launch!