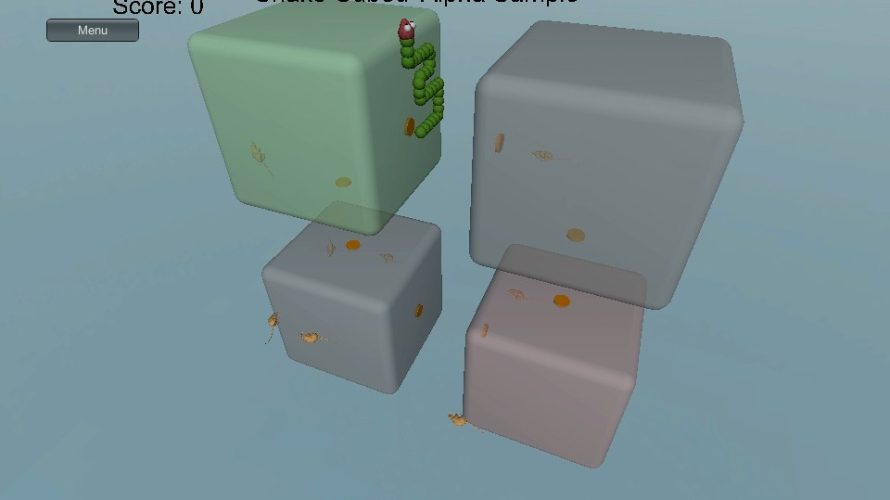 Some say that we can never have too many Snake clones and there may be some truth to that. Snake Cubed ain’t the first by far, and it won’t be the last. It is, however, one of few that takes the classic mobile game and adds a third dimension (along with a couple of other neat twists). Just keep in mind that my impressions are based off an alpha, meaning that everything is subject to change.

Instead of the dots (or balls) that most 2D Snake games use, you’ll be munching on mice here. That’s right, mice. Tiny cute innocent little creatures, just waiting to be devoured by a terrifying looking snake. What a way to go, eh? On the other hand, no mice munching means no gameplay, so… fair tradeoff, I suppose. Not entirely sure why they [the mice] fall so slowly onto the cubes though, but on the other hand, their entire reason for being is to increase your score.

The addition of a third dimension also brings several clever gameplay tweaks with it, like the ability to travel between cubes, pipes that serve a similar purpose, and even a cube with a hole in it. Don’t forget that any collision will end your game right there though – that’s still a thing. Oh, and the camera could do with some fine tuning, as even with transparent cubes, I often had a hard time finding the right angle. Likely just a case of alpha being alpha though. 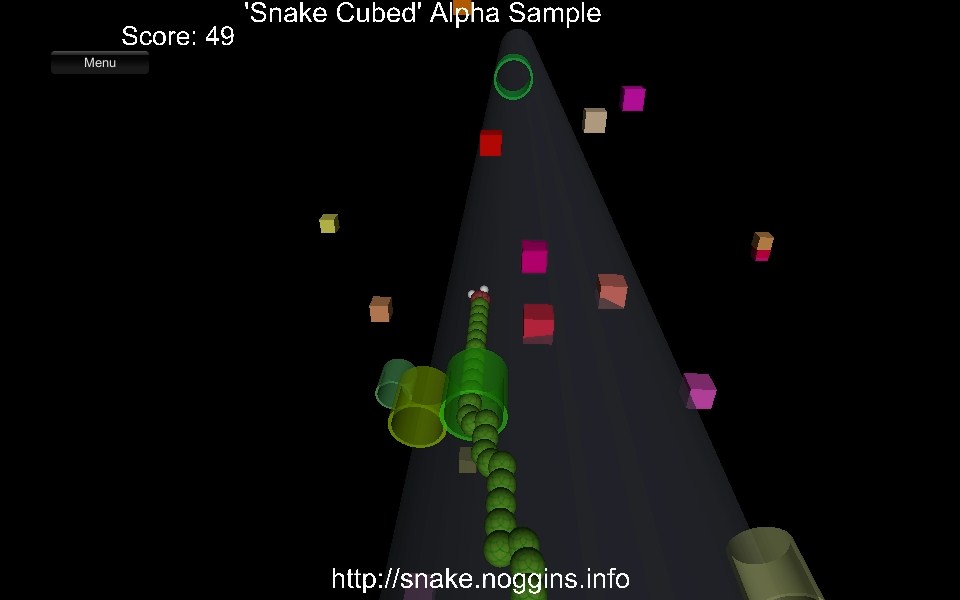 Between classic, race, infinite, suicide and god mode, there are plenty of ways to play Snake Cubed. Some of these are pretty self-explanatory, but I was quite surprised by ‘race’, as it threw a second snake into the mix, which mirrored my moves. Talk about cranking up the difficulty, eh? Speaking of which, while most levels were somewhat similar in design, one definitely managed to mix things up… by being an endless runner! Yup. In that one, the snake would slide along, dodging falling objects, accumulating based on distance traveled. Hope that one doesn’t get left on the cutting room floor.

In its current state it’s completely lacking graphics, sound effects, and anything really sexy. It’s a working game prototype, but it definitely needs some love.

All in all, I’d say Snake Cubed is off to a good start. Whether or not it’ll be ‘all that’ come launch, remains to be seen. A lot can change between now and then, after all. Anyway, according to its Greenlight page, the game is on track for a June 2014 release, and there’s an IndieGoGo campaign to help fund outsourcing of visuals and sound effects, along with additional content.