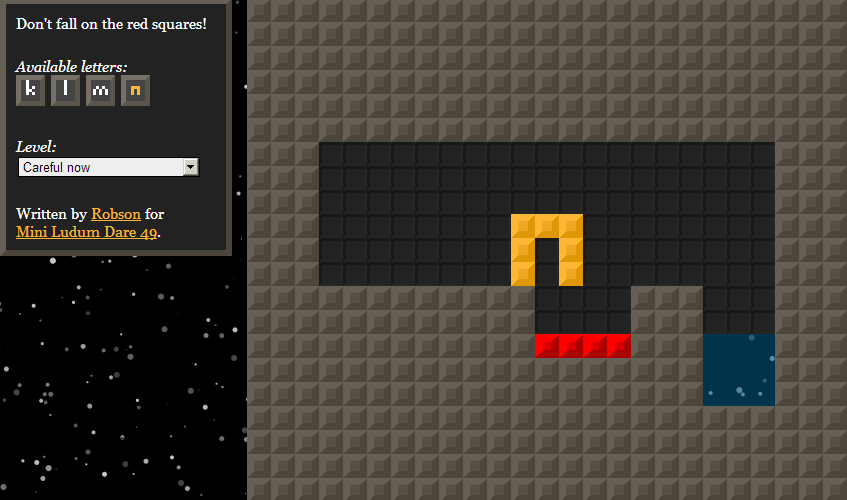 Most of the time, platformers have you playing as this tiny guy/girl/alien character, but in this case… you’re literally a character – a letter, to be exact. How’s that for a clever twist? In Character is not an educational game as much as it’s an alphabetic puzzler, however. With the ability to become different letters, your task is to simply reach the exit by maneuvering through gaps, avoiding hazards along the way. Ain’t always simple though.

The fact that each letter consists of a unique shape means you won’t be able to simply breeze through each level. With gravity in full effect, you’ll also have to switch mid-air from time to time or suffer the consequences. Not that it’s an incredibly complex game, mind you, but a few areas did make me scratch my head, which was then followed by the typical “oh, right!” as I discovered the solution.

On top of figuring out which letter works where you’ll also have to do a bit of switching and swapping to fit inside the exit. You’ve got all the time in the world to experiment though, which is a good thing when the entire alphabet is available, as for the most part, only one of the many letters available will get the job done. 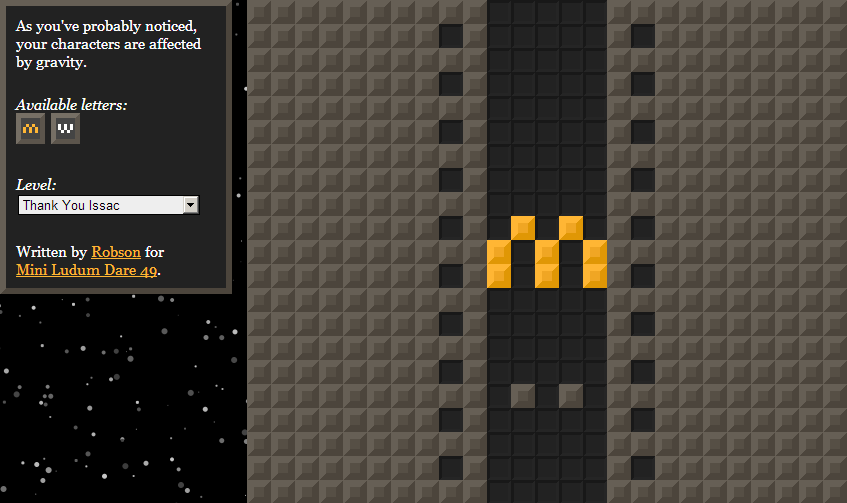 That’s not to say all twenty-six letters will always be available for transformation though, which does make for less potential trial-and-error, but at the same time, it also lowers the challenge. You’ll see what I mean in ‘Hanging Around’, which tasks you with crossing what appears to be a lava pit, as one of the twenty-one letters. Twenty-one options, one solution – good luck.

In Character may be a bit on the short side, but not only is it free, the entire thing was also created in less than three days, for last month’s Mini Ludum Dare #49 jam. Impressive. Note: I’d recommend playing the post-jam version as it has more levels and a few additional layers of polish.