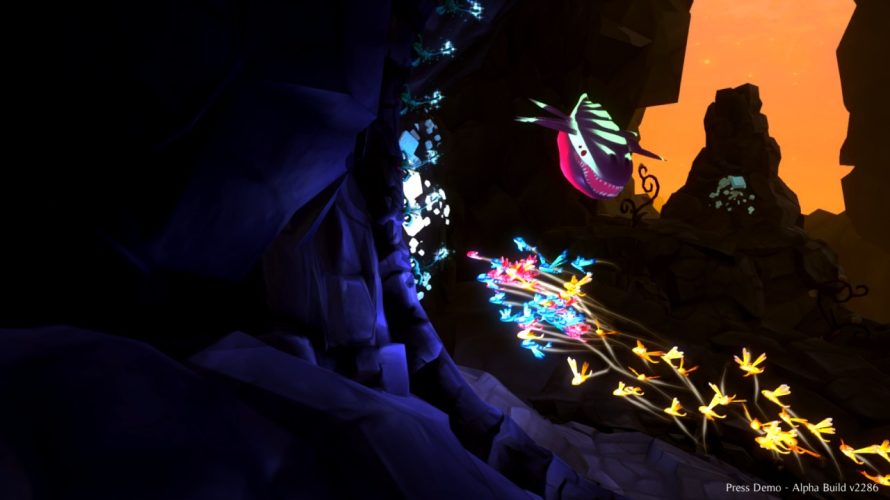 Many lumini were killed on this day. I am not proud of my actions, some of which arguably caused the untimely demise of my brethren. But… the needs of the many, and all that. We are on a mission to save our planet after all and save it we shall, hostile creatures and hazardous environment be damned! Who’s with me?!

Alright so that last question is obviously rhetorical, as I have an entire swarm by my side in the game, and maybe, just maybe, that intro could have been less dramatic. The mission, however, is very real, as the home of these tiny beings known as ‘lumini’ lies in complete chaos (and that’s putting it mildly), desperately in need of some heroic efforts.

Note: while I did share my impressions of a Lumini build already, that was more than a year ago and suffice to say, a lot has changed since. Enormous creatures, deadly to the touch, and brain-teasers are still a thing, albeit with a noticeable amount of polish compared to the pre-alpha version. Both in terms of visuals and of course, the gameplay department.

For starters, each lumini type is now color-coded, and the player can switch between them at the press of a button: red ones stun enemies while blues pack a minor temporary speed boost, and the yellow lets you grab eggs from further away. I think they’re eggs at least, seeing how – as far as I can tell – new lumini are born from these as you approach a giant glowing cube, replacing your fallen brethren immediately. 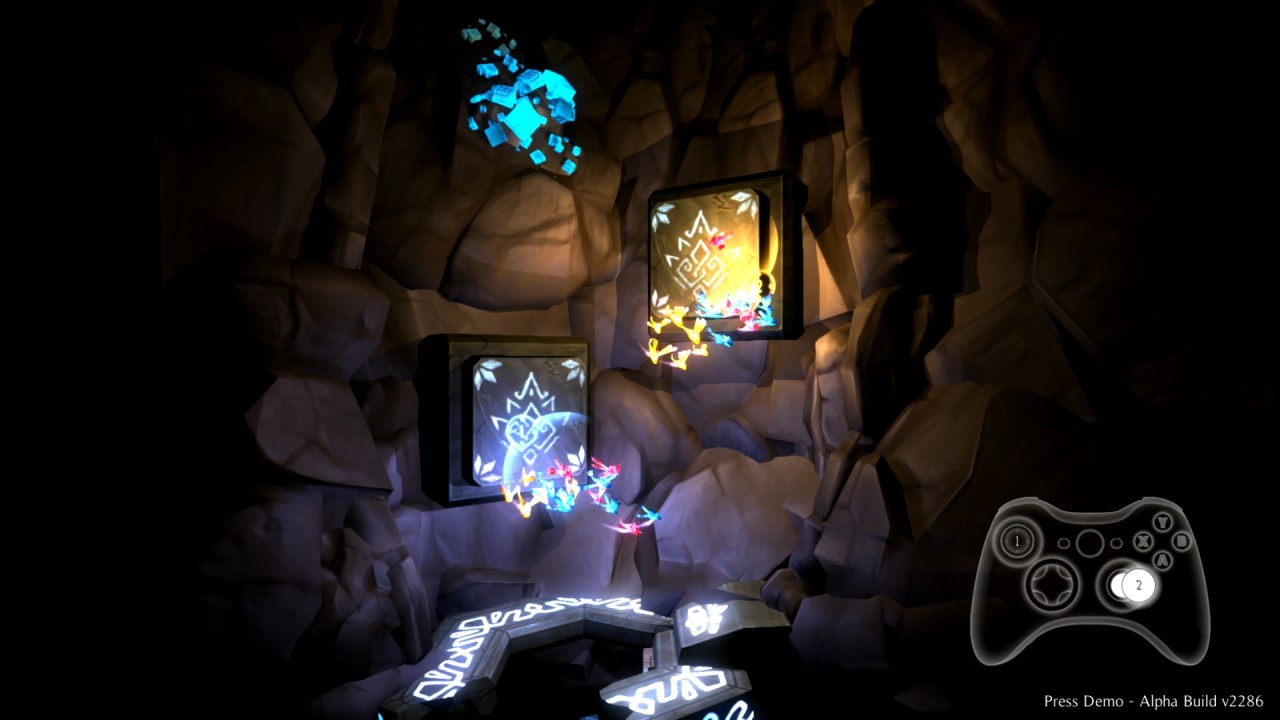 They’ve also added proper introduction of the various controls, with on-screen prompts whenever something new needs to be taught/accomplished. Everything from stunning with red lumini to splitting your swarm is easy to pull off, so long as you play with a controller anyway. I did try with a keyboard as well, but it felt ever so slightly clunky by comparison.

While you’ll mostly – or at least, throughout this particular slice – be flying (flowing?) through narrow corridors, dodging all kinds of nasty hazards and collecting eggs, there are also a handful of puzzles to deal with. These often requires splitting your swarm, either to activate two panels at once, grind two gears simultaneously, or something else entirely; because there is no ‘i’ in team, ya know?

Above all else, the one thing that immediately struck me was just how beautiful the game is in its current state. Everything from the creatures themselves to the multi-layered backgrounds and the animation quality is quite a sight, and each element really adds to the zen-like feeling one gets from playing. Not that there aren’t any hazards though, as noted earlier, but even so, it’s still a very relaxing and enjoyable experience, alpha or not. 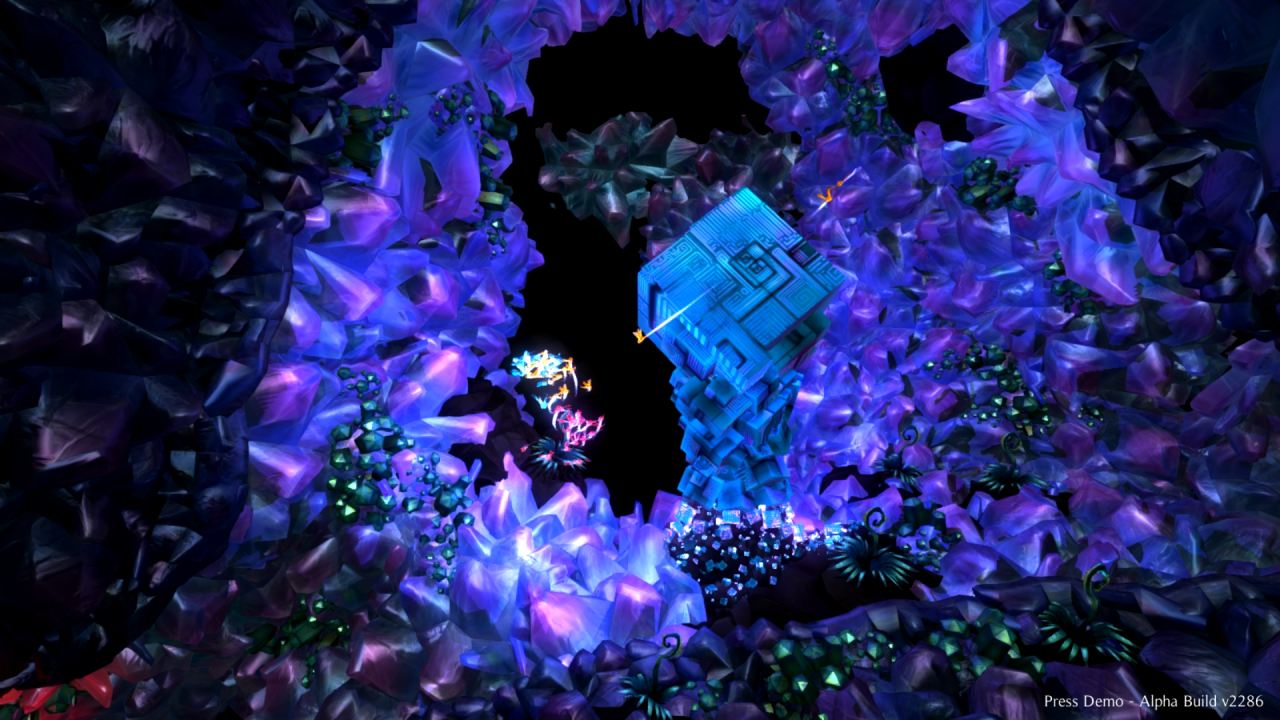 Fortunately, it’s also one the entire world will be able to experience soon (as opposed to the press build this article is based on), as the full version is slated for release this summer! Lumini will be available for Windows, OS X and Linux via. Steam, following a successful Greenlight campaign. Its price tag remains unknown at the time of writing however but were I to guess, I’d say… around the $10 mark, probably. We’ll see. For now, be sure to check out the teaser/trailer below.