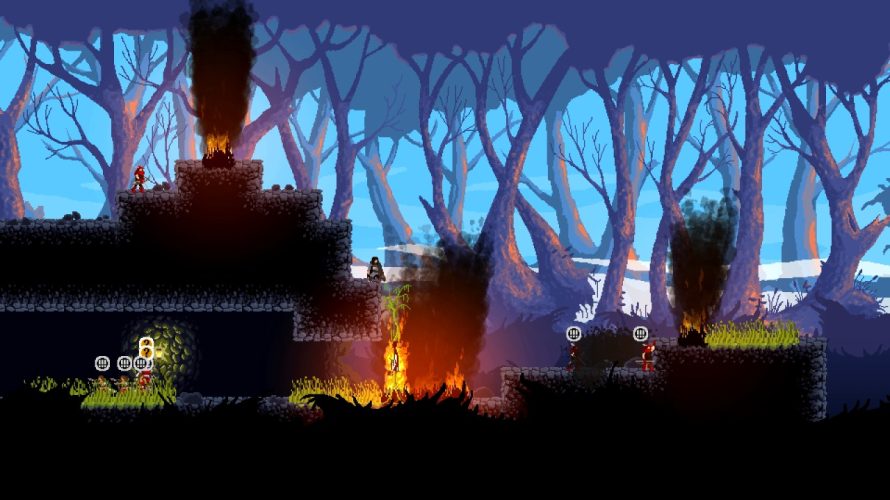 Playing with fire is bad, but you knew that already, right? Unless… you’re playing with fire in Wildfire because here you get to do all kinds of crazy (and fun) stuff with it! Block enemies’ line of sight, cause them to panic, burn bridges, and more. Or simply sneak by them, using that ridiculously tall grass to your stealthy advantage. But where’s the fun in that?

Where indeed. It’s totally a viable alternative though, as you’re able to walk right by anyone, so long as you’re treading grass. Video game logic at its finest, folks. Jokes aside, stealth is a pretty big part of this game, as you won’t last long out in the open. Could always set yourself on fire though, as that’ll also cause a wide-spread panic, allowing you to make a mad dash for the nearest watering hole – hopefully before burning to a crisp.

As you can probably tell, Wildfire is pretty open in terms of how you approach each situation. So long as your plan doesn’t involve resorting to fisticuffs, that is. Oh and remember, while igniting fire so that enemies won’t be able to spot ya from a distance is a clever tactic, keep in mind that burnt grass won’t hide anything. Not even that tiny frame of yours. 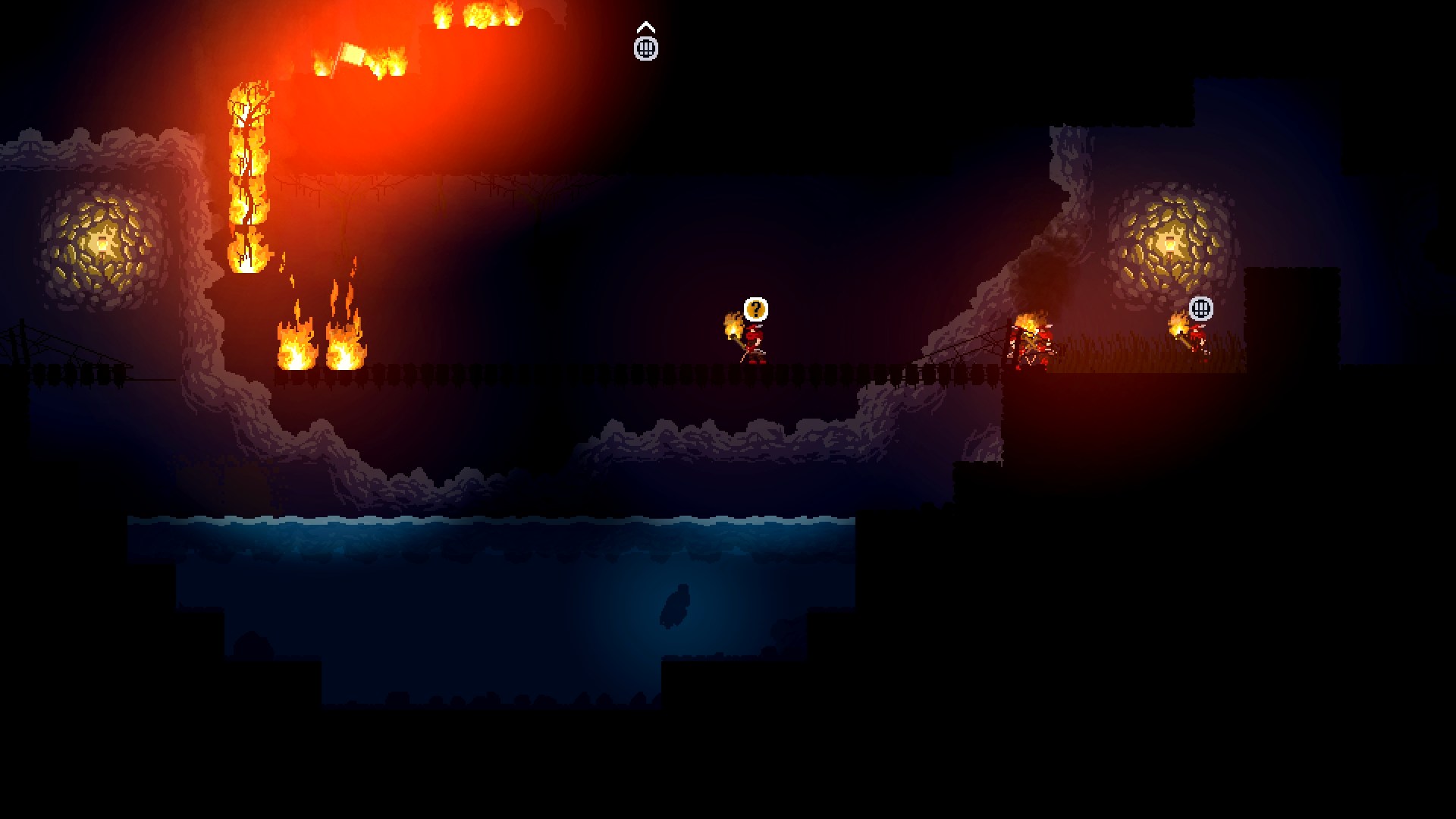 Did I mention you, for some reason, have this uncanny ability that lets you pick up the fire – and water – from a distance, to then throw it with extreme precision in a wide arc? Yup. Really hope we get some kind of explanation for that because as far as the demo/alpha build goes, nothing. You’re just plopped right into it all, albeit with a thorough tutorial (which can be skipped), dashing from left to right without any backstory. But again, “alpha” does, after all, translate to “very early in development”, so that’s probably why.

Either way, it seems Daniel Hindes is in need of some additional funding for the title, as he’s currently attempting to crowdfund (get it?) it via. Kickstarter. Wildfire has until May 13th to rack up a grand total of $10,000 in donations, of which $3,715 has already been pledged, so it’s certainly off to a great start. Probably helps quite a bit that the page also has a ton of details about the game, including a few ‘behind the scenes’ design tales and how everything is going to work. Rather have too much information available than too little, when money’s involved.

That said, if you’re interested in helping out, be sure to either spread the word or bust out that fancy credit card, in case you’re feeling really generous! Pre-order tier is at $10, with a release window of March 2016. What, Steam key? Has to get through Greenlight first, so get to voting, eh? Need further convincing? Check out this lovely alpha build/demo, then! And last but not least… let’s get it kickstarted!