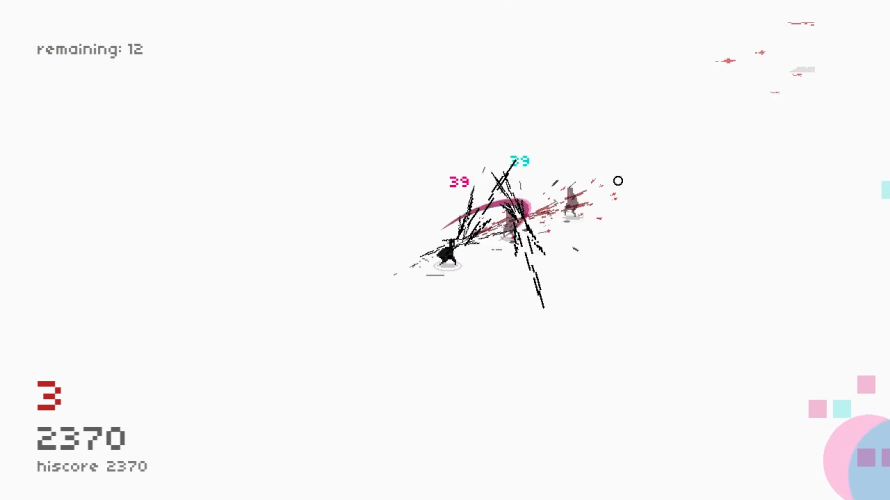 Don’t know how I got here, why all those identical-looking people want me dead, or how I acquired the ability to swing my blade with such deadly precision. But this much is certain: I won’t go down without a fight or before racking up a crazy kill count… spilling the blood of my enemies in the process! Welcome to VoYD.

Were I to describe this game briefly, it’d be something like “fast, furious, brutally difficult, minimalistic and oh so much fun”. That is probably not enough to convince most to play it though, and while its high degree of challenge can seem off-putting at first, just keep at it. Trust me. You’ll be setting higher and higher records in no time.

With a rather basic four-button control scheme, three of which reside on your trusty mouse, one might not think there’s a lot of depth to it. Well, there most certainly is. Holding down the right mouse button moves you in the direction you’re currently facing, pressing space triggers a dash, left mouse button is for quick attacks, while the middle button lets you pull off a significantly more powerful move. The latter does have a slight delay prior to execution, however, so while it is extremely lethal, it will take some getting used to.

Just like the rest of the game, really. Getting through the first level is easy enough, as you’ll only be dealing with one or two enemies at a time, which are easily disposed of. But once you progress into the third level and beyond… things start to get tricky. Really tricky. As in, upwards of five opponents at once, all happily slicing away at the air, hoping to chip away at your much too limited live count.

Featuring tight, simple gameplay and brutal speed, dash and slice your way through abstract randomly generated levels for the highest score you can achieve.

This is also where that aforementioned powerful move comes into play, as without it, there’s no other way to survive encounters with multiple foes. Even more so for those interested in score chasing, as you’ll need to not only remain alive but also be quick on the kills for that. See, the completion of a level net you bonus points based on your rating, which is calculated from things like how many hits you took and time spent. Ain’t easy, but it does have a serious ‘just one more try’ vibe, that’s for sure. 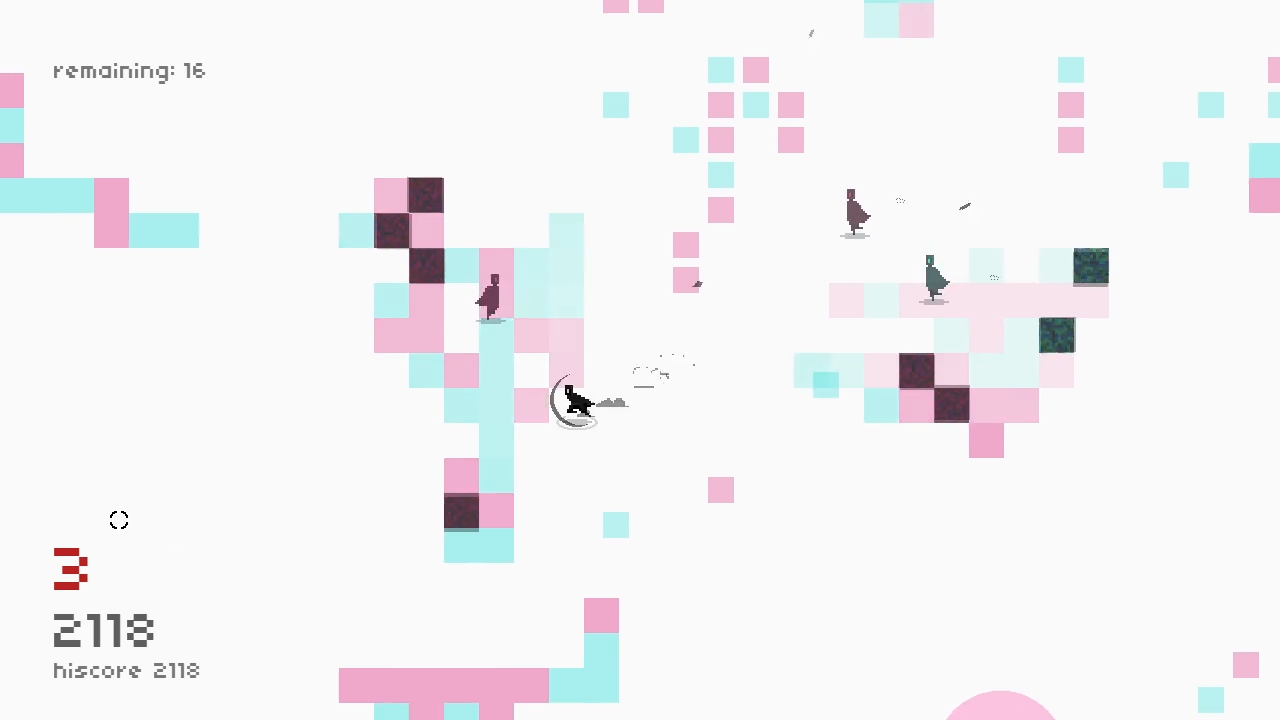 That said, it’s not exactly a perfect experience, even if the one issue I have with it is somewhat minor: the controls… well, let’s just say that holding down the right mouse button while pressing the middle one is less than optimal. Honestly, attempting such a feat in this fast-paced environment can and probably will result in more than a few unfair deaths. But alas, that’s just the way it is. Still plenty fun though!

On the flip side, VoYD is not only 100% free, but available for Windows, OS X, and even Linux. So what are you waiting for? Get to slicin’, dicin’, and beating my high score (as featured in the video below).