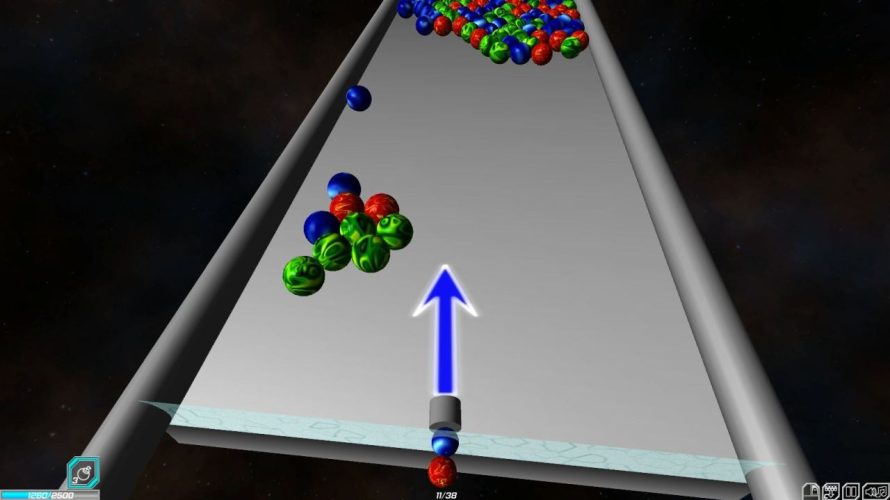 I’ve played a lot of bubble shooters over the years, including, of course, 1994’s Puzzle Bobble (Bust-a-Move), and compared to that game, most other honestly seemed a tad… dull. It’s a good thing then, that the creator of Intergalactic Bubbles did something different with the formula, rather than simply make another… well, clone.

You’ll still be shooting colored bubbles upwards, creating clusters of three or more to get rid of them, an upgrade system and funky physics make for a noticeable different (and fun) experience. After playing the beta for about an hour, messing around with different powers and pulling off slick trick shots, honestly, I have to admit – it was more entertaining than I expected.

Levels did take longer to beat than I’d have liked though, given the unavoidable repetitive nature of a game like this. Or maybe I’ve just gotten used to shorter stages? Whatever the case, with a whoopin’ 150 across five different sectors, suffice to say, it’ll be a while before you’re done with this one. Oh and with a three-star rating system in place, those who enjoy chasing that magical 100% are definitely gonna have their hands full: “Survive the level”, “Prevent the shield from being damaged” and “Use fewer bubbles than the level’s bubble limit”. Yeah… good luck! 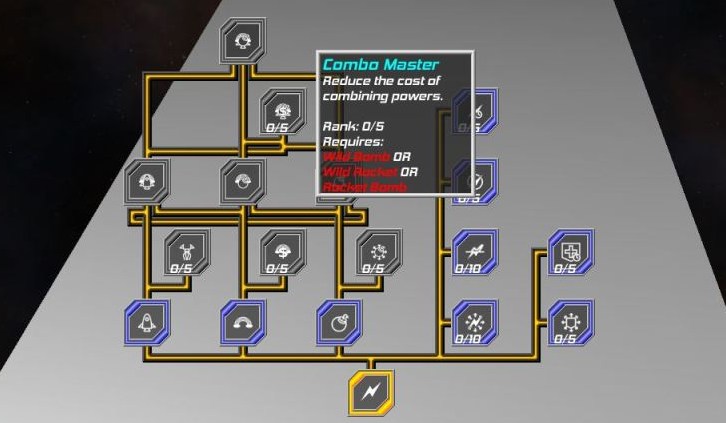 The upgrade tree does help move things along though, even if the powers made accessible through it won’t be useable until after a certain amount of power has been acquired in the current level. Once ready, pressing either 1, 2 or 3 changes your current ball to one of three different types: match every color nearby, blow up everything in close proximity or, heck, ignore the rules and lob a ball in the middle of everything! You won’t have access to any of them until after unlocking them by spending stars – earned through the aforementioned rating system – though. That said, in most levels, it’s almost impossible not to get at least two stars.

On top of all that, physics do also come into play, causing ball clusters to flail wildly about and such. Didn’t have quite the gameplay impact I’d hoped though, but maybe that’s just beta being beta? Then again, ‘accidentally’ shooting balls as they fell, after losing whatever they were previously hanging onto (for dear life?), was a blast (eh? eh?) – until I realized those wasted shots caused me to miss out on the third star! Darn. 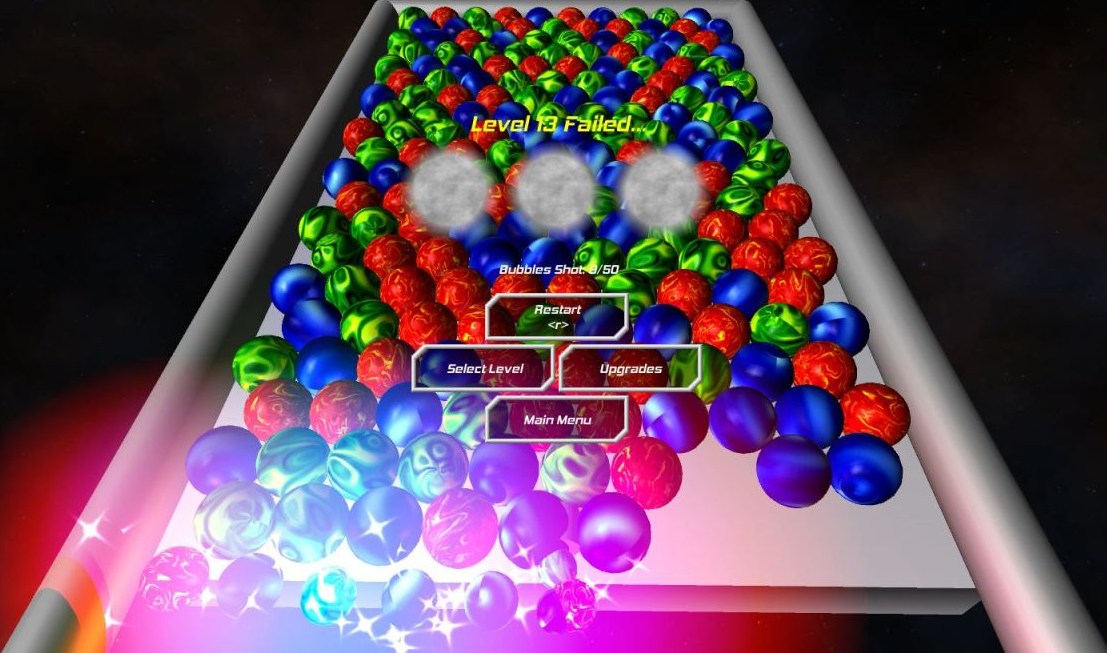 Seeing how the game is still unfinished (hence the beta tag), it’s impossible to provide a definite conclusion. Things are bound to change between now and release after all, and personally, I’m hoping that high-pitched ‘balls disappearing’ sound will be tweaked, if nothing else. Everything else is fun, if slightly repetitive, and the upgrade tree does make for a nice addition, helping Intergalactic Bubbles stand on its own.

Intergalactic Bubbles (beta) is available from its Itch.io page for Windows, Mac, Linux, priced at  $3 while in beta, and without any DRM. A demo – browser and downloadable – consisting of 35 levels can be found on the same URL. Also, what say we get it through Greenlight, eh?