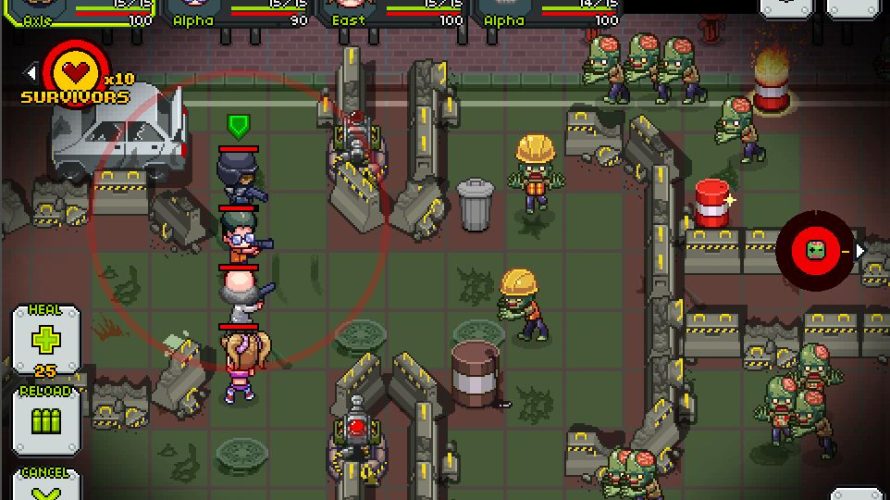 Having zombies in a video game is hardly the most original thing nowadays, and honestly, I’m getting a bit tired of having to deal with the undead. But there are exceptions, and after playing the alpha demo I’m glad to say that Infectonator : Survivors definitely seems worthwhile, zombies and all.

In this Infectonator spin-off, you’re tasked with rescuing survivors while fending off the undead. They’re in churches, graveyards, hospitals… everywhere, even KFC (cleverly disguised as FCK). As such, with a team of four, all armed to the teeth, the time has come to get rid of them, because no one attacks KFC and gets away with it; especially zombies. That said, unless I missed something, you don’t actually get to clean out that particular place in the demo, but there’s still plenty of action in the four available locations.

For the most part, these play out in a similar way. Your choice of combatants enter the battlefield and oddly enough, the zombies have no problem waiting for you to finish setting everything up (though only for the first round). This isn’t a bad thing, however, as there’s plenty of preparation to do. Looting coins from various objects scattered across the area before kicking things off is a good idea, as it just might get you enough for a turret, tilting the odds in your favor from the get-go.

Zombies do leave coins behind when killed, but do you really want to spend precious seconds building defenses while the armies of Hell approach? Hardly. Focus on that stuff between each wave instead, and shoot to kill during. Shots are automatically fired on the nearest target and when a clip is empty, reloads are performed. You’re welcome to move everyone around mid-battle as you see fit though, manually reloading their weapons and – if necessary – healing the injured (for a price). Just remember: shoot to kill and take no prisoners. 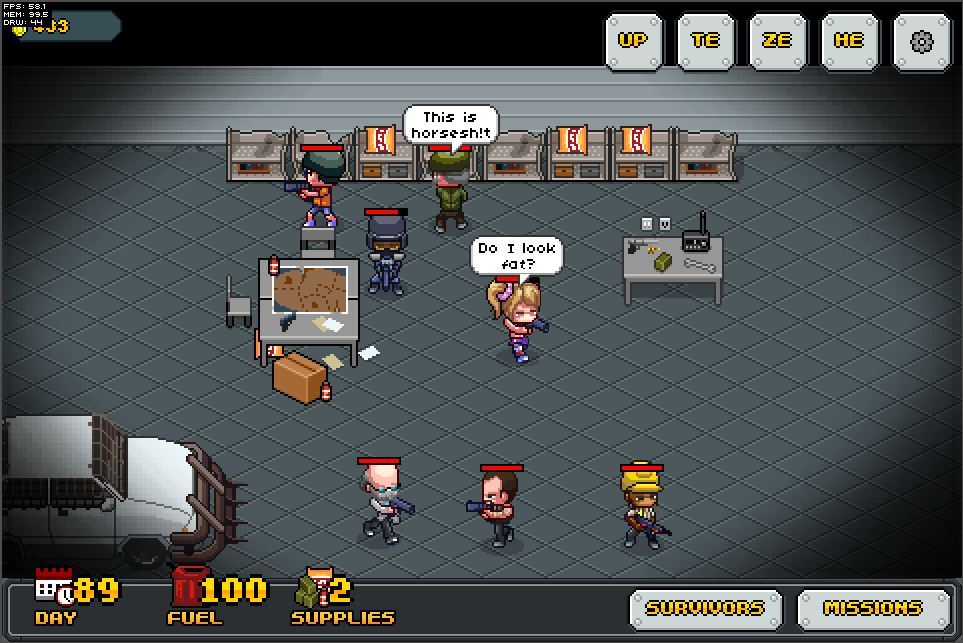 Throwing zombies into a blend of RTS, tower defense and RPG isn’t an easy task, but from what I’ve experienced, Toge Productions just might have pulled it off. Keep in mind that this is an alpha build though, meaning that just about everything is subject to change between now and launch. That said, how about trying the demo?