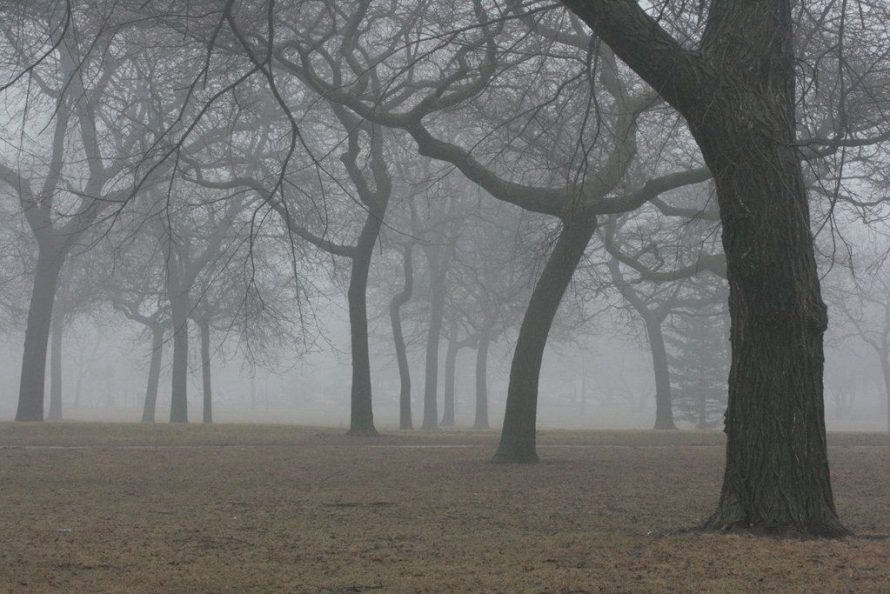 Greetings and welcome to the Weekly Ind– wait, no, that’s the old name. Anyway, this week, along with the usual recap, a crowdfunding rant is on the menu. Welcome to The Indie Post!

But first a quick explanation for the name change. Simply put, Weekly Indie Update just didn’t seem “appropriate” anymore. Not sure how else to explain it. The Indie Post, however, fits the bill so much better, and… well, that’s that. Besides, what’s in a name anyway? Also, in this case, it really is (was) more of a prefix anyway. Let’s move onto the main topic.

Over the past few years, crowdfunding has proven to be quite popular, not to mention incredibly helpful for both up-and-coming devs and well-established ones. Some use Kickstarter (or Indiegogo) to help fund the entire development process, while others are simply trying to fund the final stretch, and/or additional features. Both types can be incredibly time-consuming to put together and manage, but with a bit of effort (and luck), the payoff can be amazing.

Putting everything together is just the first step, however. Creating a pitch video, deciding which details (text and images) to share on the project page, sorting out the various tiers, picking a release date, setting the goal, and… much more. There are a lot of decisions to be made because unless potential backers like what they see and feel that enough information is available, chances are they simply won’t care; no matter how great the game may be, and that’d be a darn shame. 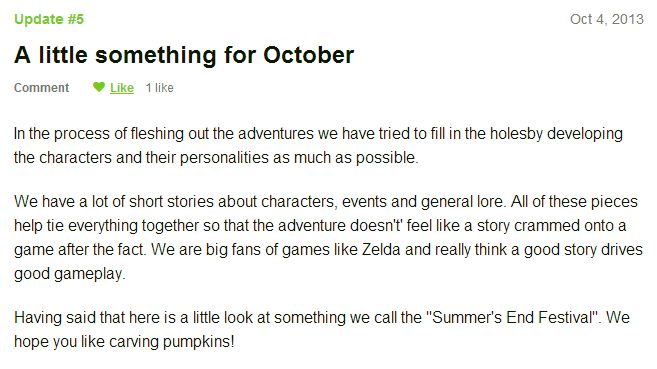 Following that, one also has to keep everyone – backers and lurkers alike – up to speed, and not just during the campaign either. Remember, most people only have so much money to spend, and it’s up to you to convince them that your project is worthy of a donation (no matter how small). Having a great looking page for whatever it is you’re trying to get funded is great, but after a week or two, those still undecided are more likely to support it if they see at least a few updates. This can be anything from development progression to ‘thank you’ posts. That said, the opposite also holds true, as keeping everyone in the dark is not a good idea. At all.

I’ve seen more than a few crowdfunding projects fail for various reasons, some more obvious than other. These range from the goal being ridiculously high to uninspired support tiers, and believe it or not, getting the latter right is quite important. Some donate simply because they want the game in question to be made (these would most likely just go for the pre-order tier). While that is great and all, there are also those who want more than “just” the game, and as such, are willing to throw a higher amount at the developer, in return for physical and/or digital goods. 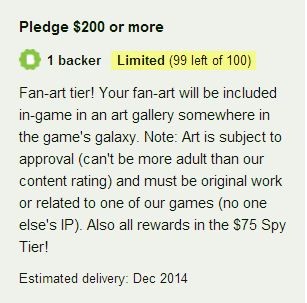 Having tiers that include things like the soundtrack, a hand-drawn map of the game world, your name in the credits (or that of an in-game character), and many other things, is definitely more enticing to some than one might initially think. This means that well-established tiers can go a long way towards reaching the campaign goal; while having lackluster tiers… well, very few are going to care about those, obviously. Acquiring a total of, say, $100,000, is a lot easier if you can convince even a few to go higher than the pre-order tier; remember, digital goods are easy to distribute.

Unfortunately, even the most exciting idea in the world doesn’t automatically guarantee a successful campaign. Getting the word out can be incredibly tricky, unless you’re some big-shot with a huge fan base, of course. This is where social media comes into play. Do not underestimate the power of Facebook, Twitter, heck, even Google+. While having someone write about your Kickstarter/Indiegogo on their website can be helpful, chances are a wider audience will be reached by way of social media. It won’t be as detailed as an article, but that’s the only downside, really. Besides, isn’t that what the project page is for anyway?

Speaking of, here are some interesting recent ones in need of funding. Go ahead, check out the lot. I’ll be ready with the recap when you return.

Mark of the Old Ones $1,155 of $225,000 (29 days left)
A richly imagined, metroidvania, ‘upside down’, physics-platformer. Inspired by HP Lovecraft’s Cthulhu mythos. Kraal fhtagn.

Gentlemen Robots: Sophisticated Automatons $700 of $1,500 (32 days left)
Two elegant robots work together to save their synthetic society from a crude computer virus in this 2d action platformer.

All good? Alright, let’s wrap it up with the recap. A lot of writing got done this past week, including an article about the The Last Door Chapter 3 beta. Good stuff. From horror to a sci-fi block builder, the PC port of Xenominer finally caught up to the XBLIG version by adding multiplayer. Speaking of updated sandbox games: Terraria 1.2 happened! Those more interested in making games than playing them, should check out the Patent Blaster source.

On the topic of blasting stuff, Inescapable has you exploring an alien planet in a 2D action platformer. Or maybe you’d rather blow up a bridge or two, along with all sorts of cars and, well, everything else, in Truck Stop? Wow. So much violence this past week. You know what’s not all about guns and explosions, though? Greenlight! While another batch made it through (yay!), sadly, this one was not among them (boo!).

Oh and we mustn’t forget about the new arrivals. In fact, it’s pretty much a… Greenlight Groove! Rounding out one of the busiest weeks on my site, is this bundle of debutants from Indie Royale; who doesn’t like cheap indie games?