In a way, Hyphen almost feels like a throwback to days long gone. With its flashy neon visuals, gameplay that’s both simple and incredibly challenging at the same time, and… hold on, what’s this? Odd. As it turns out, you play as a hyphen and one that constantly rotates too. Eek. Getting through each level in one piece just got a lot trickier.

Navigating each of the four levels in this pre-release demo would be much easier, if not for the whole rotation thing. Colliding with anything – from walls to turret fire – will send you back to the beginning of the level; or the last checkpoint you placed, of which you only have a finite amount. This means that timing is vital, to make it through each narrow passage because more often than not, you’ll have to line yourself up for whatever lies ahead, to spin through safely.

Hyphen is the ultimate must have for any action/puzzle game lover or would-be masochist!

It’s definitely fun, although anything but easy, especially that third level. But with a bit of patience and practice, I’m sure you’ll be fine. Wait, I forgot about the turrets. Alright, maybe with more than a bit of patience and a lot of practice. One bullet from these can and will easily ruin an otherwise flawless run. Annoying things. Oh and there are also mines to watch out for, and while colliding with a wall may be lethal to you, these things don’t care about such silly nonsense! Let’s see… walls, turrets, mines. Yeah, good luck. You’re gonna need it. 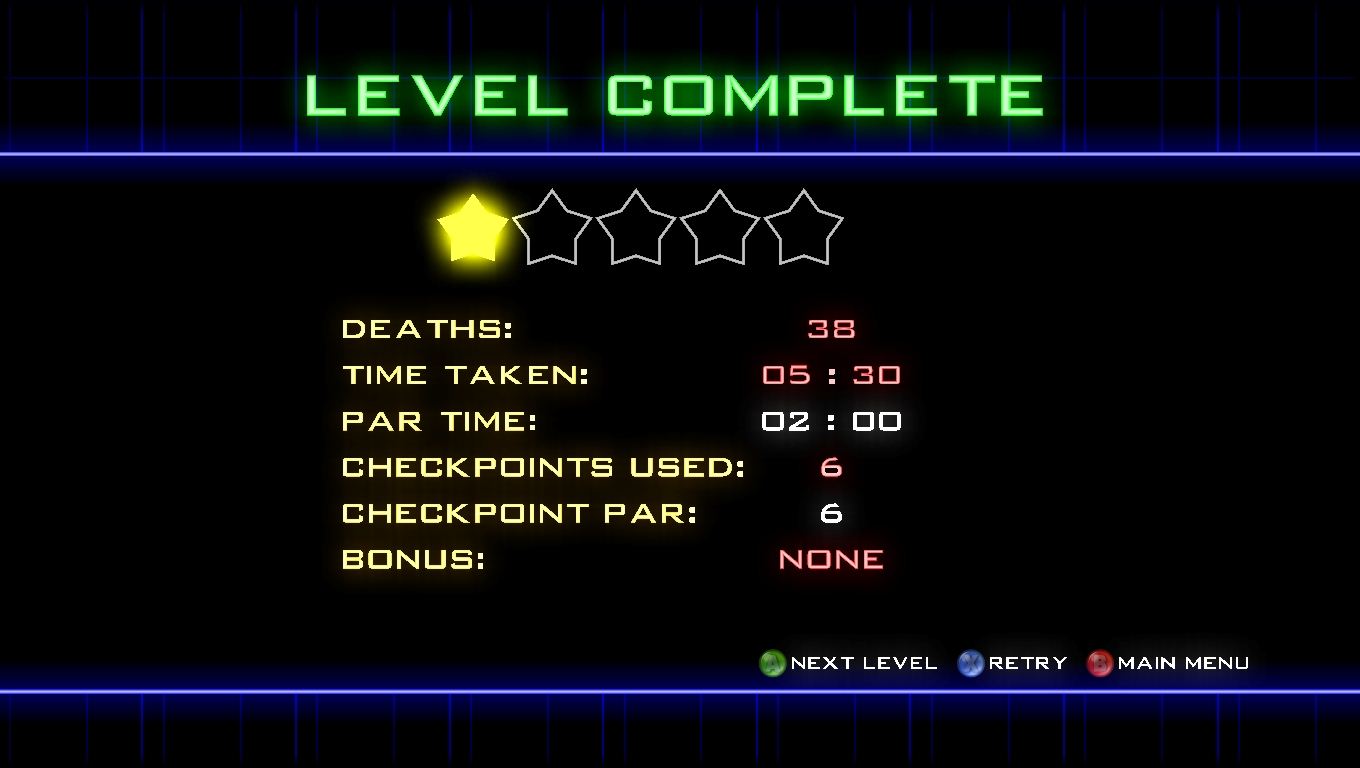 Even more so if you’re the competitive kind, as each level has a par time associated with it; you know, because simply surviving ain’t tricky enough for some. Me, I was satisfied with actually finishing three of the four levels (try the fourth, you’ll see). Hyphen is fun, but also incredibly challenging. It’s one of those games that will kick your ass over and over again, but the catchy music and flashy neon visuals combined with accessible pick-up-and-play mechanics will likely make you want to keep playing until you manage to, well, thread the needle.

In fact, why don’t you grab the pre-release demo? It’ll help get you ready for the full version, which is set to contain no less than 36 fiendishly difficult levels. Have fun hyphen racing!