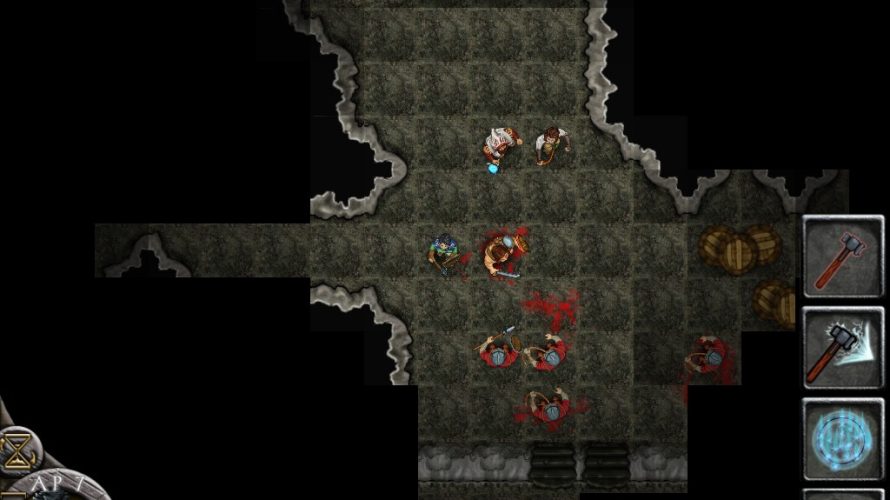 Being locked up in a prison cell is hardly ideal, no matter who you are. Even less for these four adventurers who, according to themselves, have done nothing wrong! So after a few minutes of chit-chat and some lock picking, the mad dash to freedom begins. Guards, spiders, and other nasties shall not stand in the way of their escape… no matter how fool hearted their plan.

But a jailbreak is just the beginning of what’s bound to be an amazing adventure for this sturdy party, brought together by fate. A beginning won’t cost you a single cent to play, actually, and after plowing through it, I was more than ready for more. More asskicking and taking names, and eager to find out exactly what lied ahead. I only paused my journey so that I may write this article which you are now reading – funny how that works, eh?

Anyway, if you have fond memories of turn-based tactical RPGs and words like ‘cleric’, ‘warrior’, ‘thief’ and ‘wizard’ resonate, then chances are you’ll feel right at home in this game. If not, well… keep reading anyway! You might yet end up pleasantly surprised and/or intrigued upon hearing more about the game.

Born into a time of warring gods and dark powers, your four unlikely heroes embark on a grim journey set in the sprawling and immense post-apocalyptic medieval world of Steel.

In Heroes of Steel, each party member actually ‘plays their class’, so to speak: the warrior is eager to kick ass and take names, the cleric is a very religious type while the mage is quite a hotheaded fella and the thief… well, let’s just say she didn’t learn to pick locks for the greater good! Definitely preferable over a bunch of hirelings completely void of personality, who are merely following the protagonist around because they’re paid to do so. Here, everyone has a tale to tell, a background, a role to play in the plot; and perhaps even more so in combat.

See, with everything taking place on a grid, figuring out exactly where to stand so that you’re in range of your target is easy; or at a safe distance, should the need to heal arise. Remember, “he who learns to run away” and all that. Not that a lot of narrow escapes took place on normal difficulty though, but cranking it up to brutal means dealing with permanent death, which can be quite frustrating. So choose carefully, or prepare yourself for potentially dire consequences. 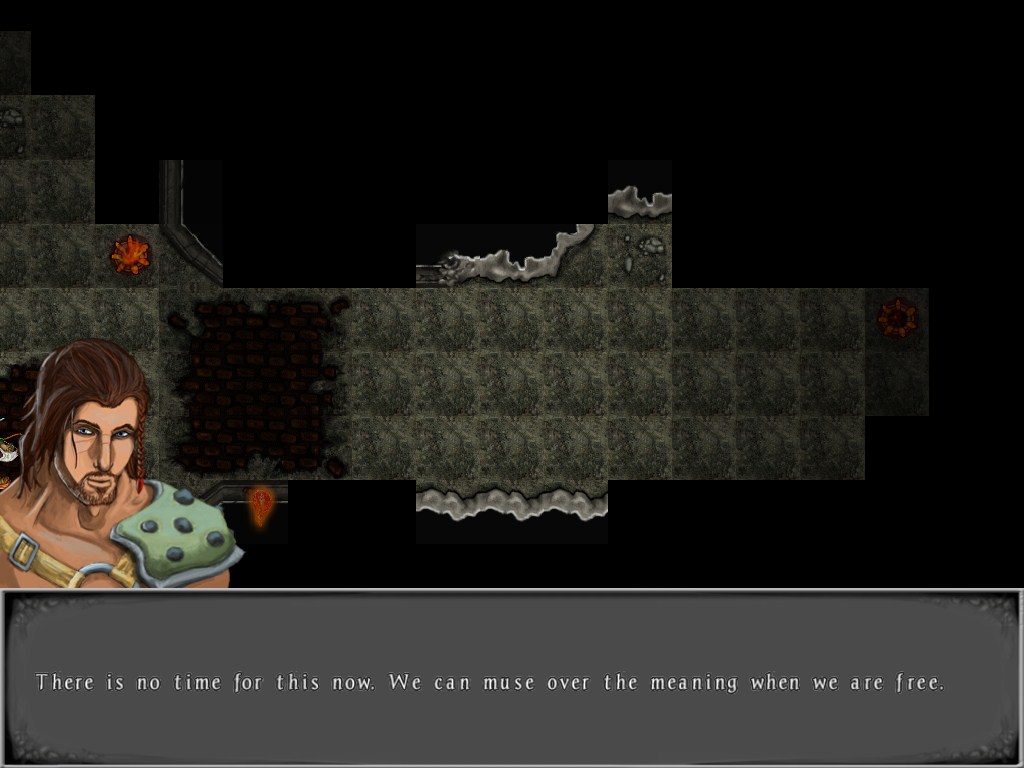 During my brief time spent with this party of four, spells were cast, arrows went flying through the air and many a foolish guard was gutted by the blade of my warrior. Witty banter, often involving which path to take next, followed most encounters, making it seem much more lively than your typical dungeon crawler. Good stuff and I do believe that’s the game is calling my name! Can you hear it? Probably not. You should play it though.

Heroes of Steel is available for iOS (universal) and Android (Google Play, Amazon). The prologue is free (and without ads), while Episode 1 – recently expanded with Act 2 – is available through a single $1 IAP. Trese Brothers are busy porting it to PC and Mac, so how about some Greenlight support? Your vote DOES matter.