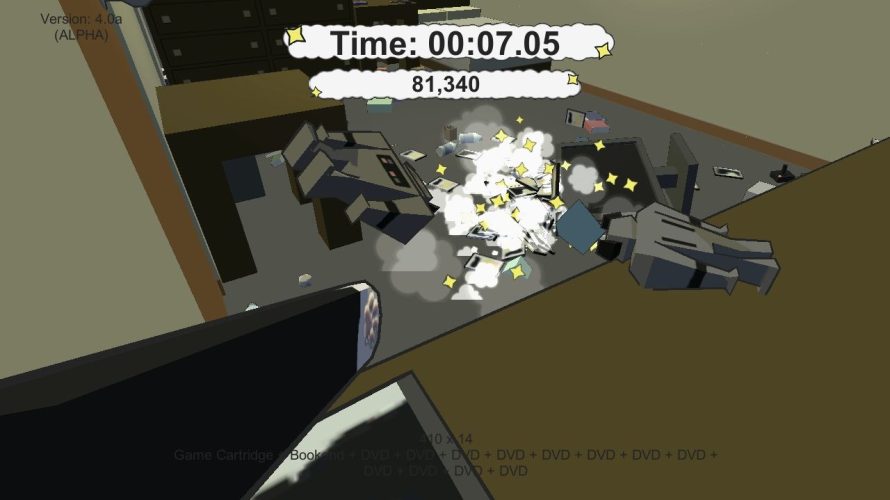 Never underestimate the destructive nature of a cat, I always say, and since video games are perfect for some virtual violence, why not combine the two? That’s what Chris Chung, its creator, has done at least. In spite of the whole alpha thing, there’s plenty of fun to be had with the current build (4.0a), and a huge mess just waiting to be made! Meow?

After playing a few rounds, I found myself wondering as to exactly what caused this supposedly domesticated house cat to go on a rampage. Did its owner buy the wrong type of food? Maybe he/she forgot to empty its litter box before going off to work? Chances are it’s something entirely different, and that my speculations will turn out to be just that. But whatever the reason, there’s a room to mess up, 100,000 points to accumulate and guess what? You’re on a two-minute time limit.

You’re a cat. You break stuff. Simple as that.

From collectible DVD’s and books to video games, coat hangers, toys and… A TV! Oh man. This cat’s owner is gonna be pissed when he comes home. All that stuff I just mentioned? You better believe it’s hitting the floor, and fast! That’ll teach him to piss off a pet capable of reaching even the highest shelves. Now, if only he’d left the door open. Then I could access the entire place, but no. Currently, we’ll have to make do with a single room in Catlateral Damage.

That’s the only downside, however, alpha or not, as pretty much anything can actually be pushed down from shelves, tables and so on, to rack up them lovely points. Well, that and to make a mess of course. But also for points. Yup. Points. Someone’s gonna be pissed when he/she comes home though, so here’s hoping our feline protagonist has a proper scapegoat ready. Otherwise, chances are there’s gonna be hell to pay. 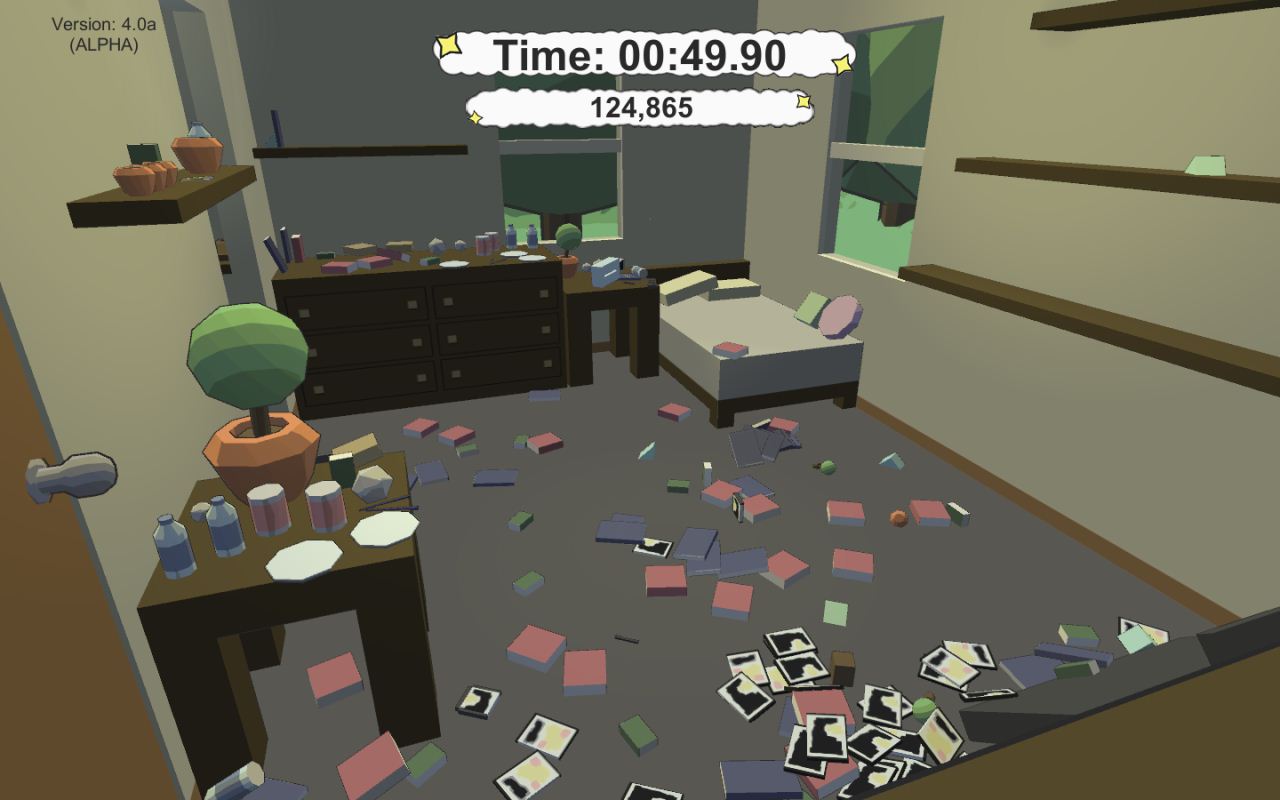 So why aren’t you playing Catlateral Damage yet? Oh, you’re showing it some Greenlight love first? Well, okay then. Just remember… MEOW!