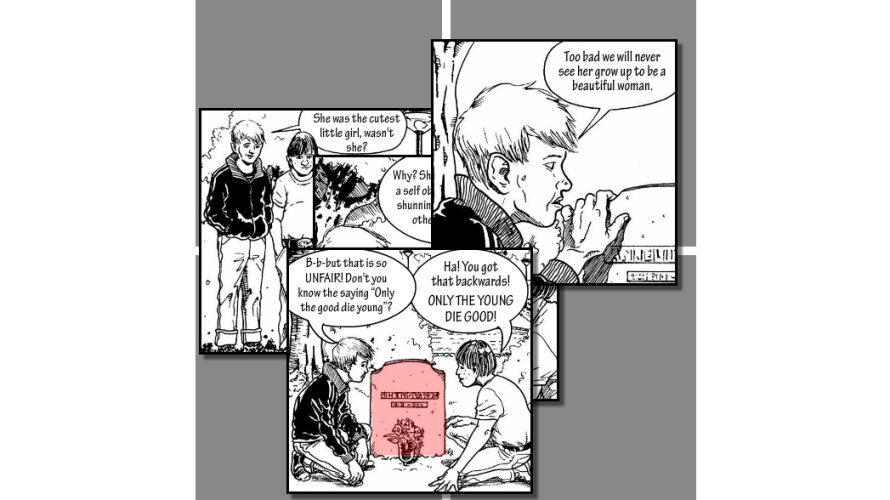 It’s not often that I go back for another writeup after doing an impressions piece on a game. But Strip ‘Em All did get a rather substantial update, which warrants a second, well, opinion. While you’ll still be dragging panels around to make the story read like its creators intended, additions and/or tweaks here and there have managed to change the experience for the better.

When I first covered this game all those months ago, it was deemed a worthwhile but flawed experience. Since then, the developer decided to take my criticism to heart and do something about the issues brought up, so I’m gonna shed some light on what’s new/changed; maybe even get a couple more people playing. Oh, and they’ve actually added content! Talk about going the extra mile, eh? We are still talking about a free game after all.

Anyway, the first thing you’ll notice is at there’s now a ‘cheat mode’, which reveals interactive hotspots (like that of certain point ‘n’ click adventures). Since I’m by no means a fan of pixel hunting, this is something I can certainly appreciate. Some might find that it IS actually like cheating, but remember, no one’s forcing you to use it. Just resist the temptation to tick off ‘Help Mode’, and you’ll be entirely on your own.

On top of that, The Little Cynic got a complete overhaul, with redone contents to make the cynical part stand out more. After completing the new version, I’d say they succeeded. The original wasn’t downright broken by any means, but… well, you’ll see. Also, should you find yourself stuck, each strip now has an associated walkthrough, though I would suggest using these as a last resort. Or maybe upon completion, as they contain background information. 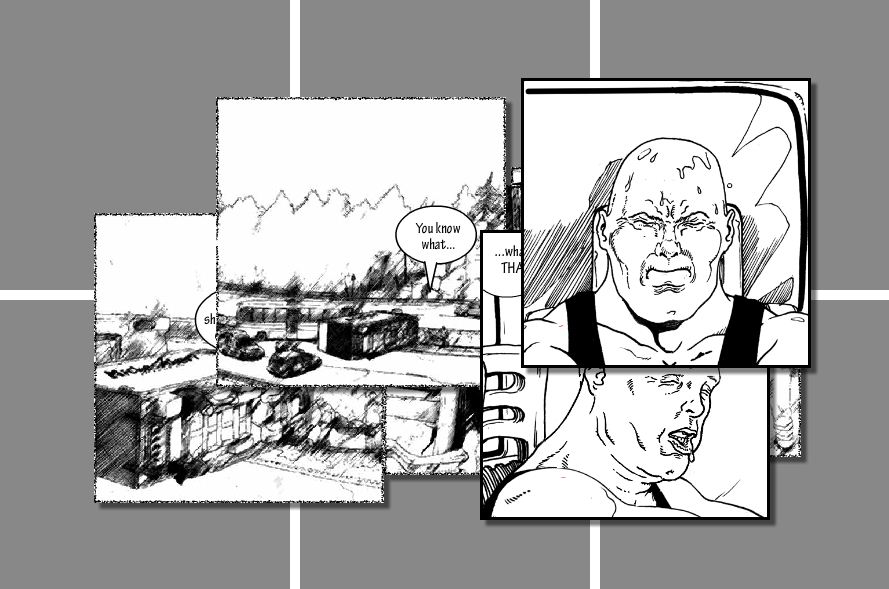 While the first few puzzles are relatively easy, things get quite complex following The Narcissist (strip #3). This problem dates back to the original version, but has more or less been dealt with, thanks to a brand new strip now sitting between The Narcissist (#3) and The Selfdestructive (#4); a ‘transitional level’, as its creator puts it. See, originally, players would jump straight into The Selfdestructive after wrapping up The Narcissist, which – as I put it in my writeup – was quite the difficulty spike. Many players, myself included, simply couldn’t solve it without help. Not good.

Fortunately, The Fanatic (new #4 – confused yet?) manages to do a good job of introducing players to the advanced mechanics found in the remaining strips; The Selfdestructive in particular. Having to move a single strip around to change multiple requires a lot of focus and a proper good memory, as it’s all too easy to lose track of what goes where. It [The Fanatic] is by no means easy, but just like certain other strips, it does have multiple tales to tell, which makes the potential headache(s) worthwhile.

Although before you get to tackle the tricky ones, you’ll have to go through the lot from the beginning; a to z and all that. Strips 1 through 5 anyway, as 6 and 7 are (literally) still on the drawing table. So if you’re up for a unique type of brainteaser, point your browser here, and… Strip ‘Em All!