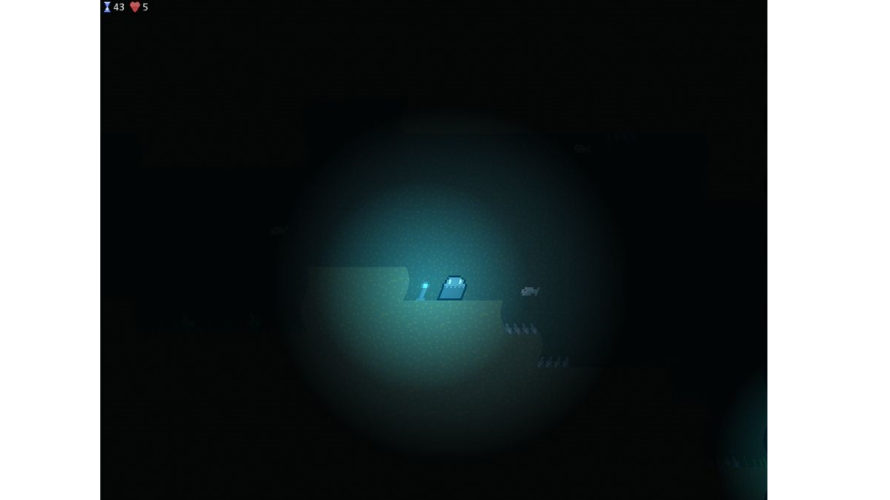 Life is full of choices, often forcing us to think on our feet and perform split-second decisions because everything’s moving at such a fast pace. While 80 Seconds Cave isn’t all about sprinting and performing crazy precision platforming, the fact that your available time and lives are finite in this 2D platformer does mean you have to move swiftly with little time to stop and think… or, die trying.

Since the levels are somewhat randomly generated each time, you won’t be able to simply blast through the four (on easy/normal, five on hard!) of them after your initial attempt. They do follow a certain pattern though. First, you’ll have to make your way through a pretty standard cave, nothing fancy about it. Well, except for the spikes, plants and all kinds of other things that will gladly take one of your lives. Yup, standard cave. Following that, in no particular order, you’ll face an underwater level (because we all love those, right?), one full of lava pits and… one I found to be rather odd, with a strange sepia filter applied.

To tip the scales in your favor, power-ups are randomly placed throughout each level (cave?), ranging from one that grants an extra life to flooding the area, and my favorite, changing the rules so that each death teleports you further ahead – sometimes into the next area! These are few and far between though, so I wouldn’t rely too much on them during your adventure, but they sure can be helpful; even more so, since your vision is extremely limited the entire time, further adding to the challenge.

Usually, when we’re presented with that awful game over screen, there’s no joy to be found. Not so here, as 80 Seconds Cave actually presents the player with a retelling of his/her most recent adventure, which often makes for a rather amusing read. My final attempt at getting through the ‘hard’ difficulty can be seen above. Actually, why don’t you give it a shot? Grab 80 Seconds Cave right now, and let’s see how you fare against those nasty plants and piranhas!