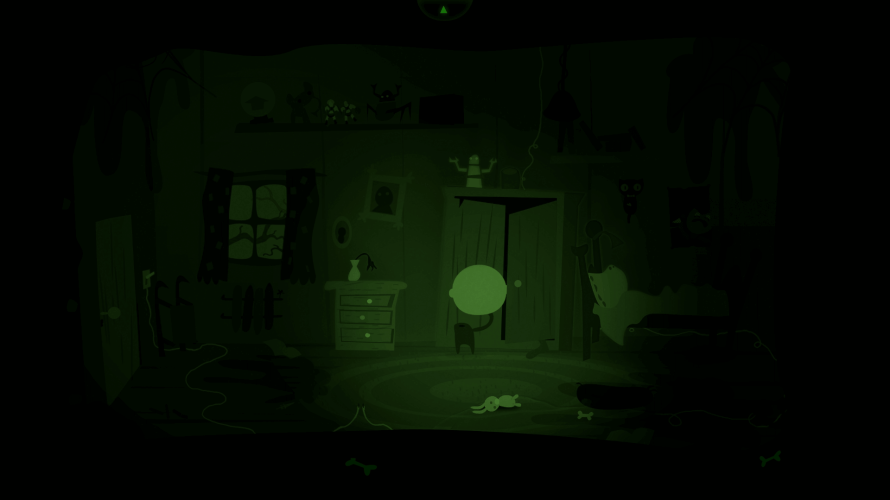 With a caring family and roof over his head, Bulb Boy couldn’t do better if he tried. That is, until one fateful night, when everything changes. Everything. Without even a moment’s notice, evil has taken control of the house, his family has disappeared, and… monsters are lurking in the shadows. Basically, he’s entirely on his own with a grand mystery to solve, and the forces of darkness to combat. Oh my.

Even though spiders, bugs and other creepy crawlers roam the once safe halls of the Bulb house, our protagonist mustn’t lose hope. He is after all the brightest bulb, so if anyone can do it, it’s this guy. Also, dude has some seriously uncanny abilities, like being able to unscrew his head, survive electrical shocks unscathed, and illumination (no, really – kid’s a wandering lightbulb, after all).

You probably won’t get to experience all that in this demo though, as it is a tad on the short side. It does, however, give you a taste of things to come, with a solid slice of the game world, tasking you with solving interesting puzzles that, among other things, involve rearranging the contents of a drawer. Weird? You ain’t seen nothing yet.

Now, in the full version, which is slated for release this fall, there’ll be all kinds of fun stuff to do, and lots of it. An entire house to explore for starters, complete with playable flashbacks which have you stepping into the shoes of relatives, hopefully allowing Bulb Boy to further uncover this sinister mystery shrouded in… darkness. Evil, uncanny, terrifying… darkness.