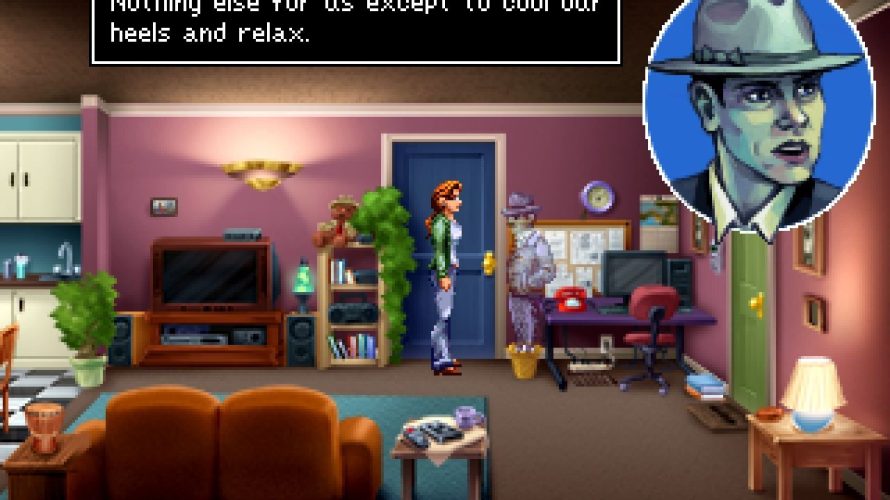 What starts like most other days for Rosa and Joey, takes a turn for the worse when a series of mysterious deaths occur. Who, or what could be behind such madness? What is the significance of the mysterious lady in Rosa’s dreams? The stakes are higher than ever, in this third part of the Blackwell saga.


Like the previous two entries, Legacy and Unbound, Convergence is a point ‘n’ click adventure starring everyone’s favorite detective duo, Rosa Blackwell (who was absent in Unbound, for obvious reasons) and Joey Mallone, as they help guide wayward spirits towards the light. On paper, it’s an easy job, but in reality, something always goes wrong; and ghost or not, there are always some who aren’t convinced that they’re actually dead, while other downright refuse to leave. Who said doing the right thing was going to be easy?

Throughout the game, you’ll be in charge of both Rosa Blackwell and Joey Mallone, with the ability to switch between them at a moment’s notice. This makes for some interesting puzzles, however few they may be. You see, unlike the majority of other genre entries, the Blackwell games don’t use item manipulation all that much. Instead, most brainteasers come from questioning people, aided by Rosa’s noteboo – hey! Don’t you dare roll those eyes, just because the notebook was brought up. 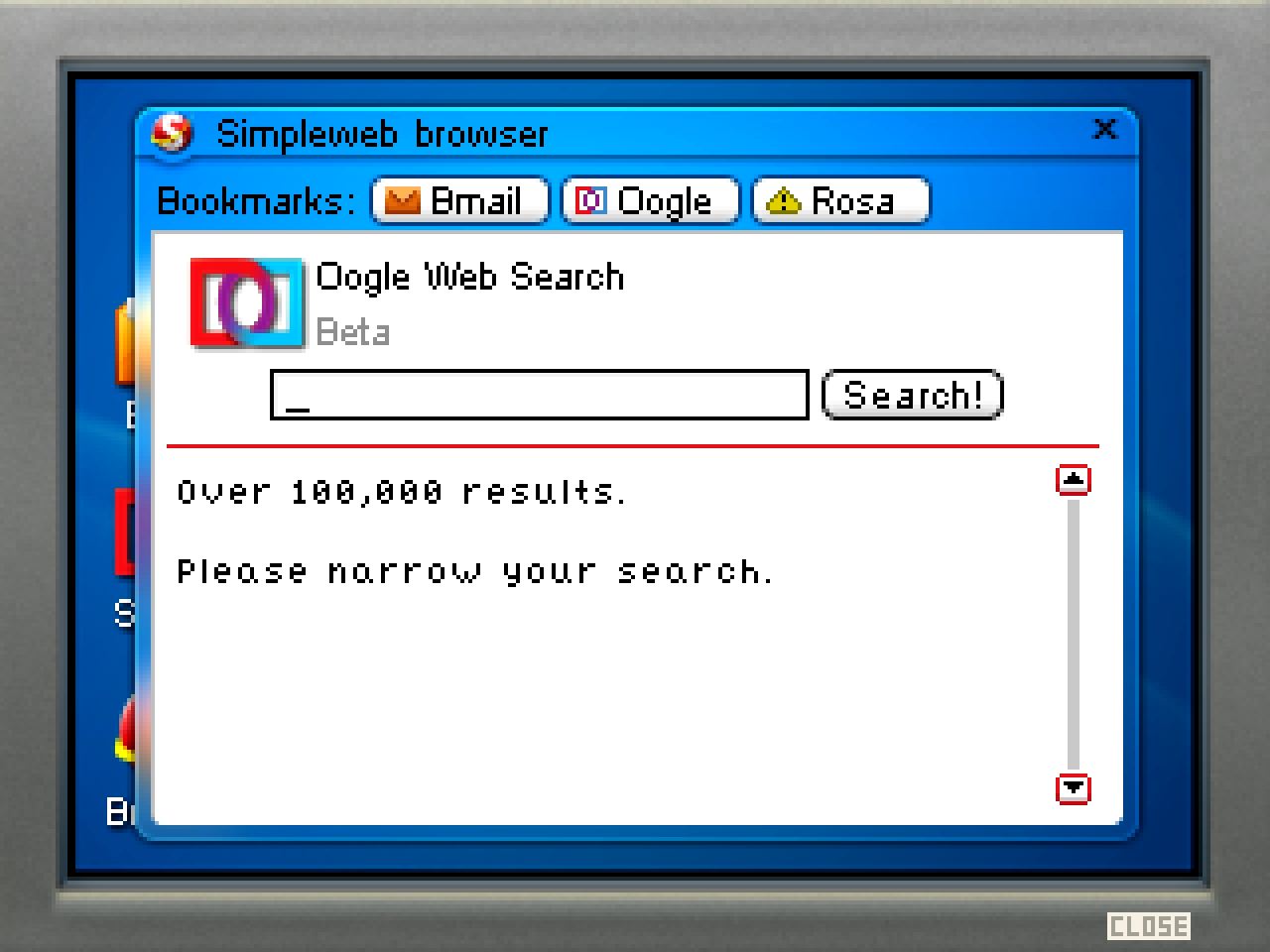 I haven’t forgotten how cumbersome it was in The Blackwell Legacy, having to mix-and-match clues. But with the arrival of modern technology, that feature (read: annoyance) has gone the way of the phone book itself. Why use such a relic when we have the entire Internet at our disposal, after all? It may not be the best computer money can buy, but it’s good enough for email, looking up [deleted to avoid spoilers] online and, believe it or not, her very own website. Yup, Rosa Blackwell has a website and one that’s definitely… well, it’s a sight. You’ll see.

But no matter how modern the duo’s investigative efforts have become, there’s still a lot of walking from place to place, questioning people, then revisiting someone to ask about newly acquired information. Although after playing through three of the four games, this method isn’t as bad as it once was. Maybe I’ve simply gotten used to it, or maybe it’s that it ensures a somewhat steady pace, since you don’t have to stop and look for items every two minutes? Obviously, the fact that the voice acting was spot-on also helped. Every line was delivered convincingly, with proper use of both accents and emotional sway.

Considering the number of conversations you’ll have before the credits roll, that’s a very good thing. Perhaps even more so, since properly delivered dialogue is a big part of the immersion factor, making it easier for the player to feel attached to the world (and vice versa). To test this, I played through the whole thing twice – once with voices, once without. The difference was definitely noticeable, though not ‘night and day’. 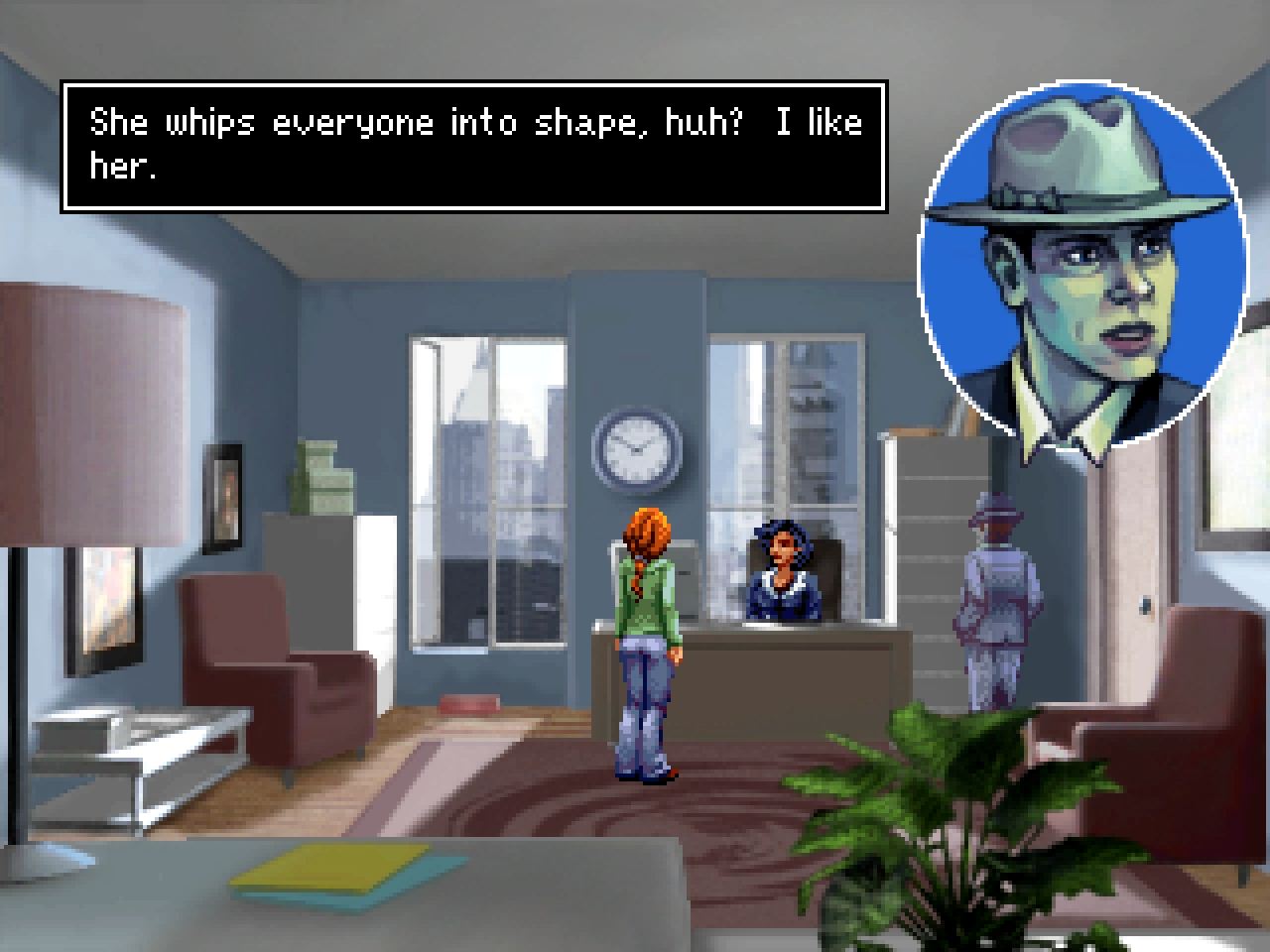 For starters, Joey’s snarky remarks didn’t carry much weight when delivered through mere text, making him seem much less interesting, arrogant almost, as it was hard to get a feel for his personality when muted. The same definitely holds true for Rosa. Her emotional state didn’t come across too clear without a voice to go along with it; something that definitely put a damper on the atmosphere. Conclusion: the voice acting is an integral part of the experience in Blackwell Convergence.

On the visual side of things, the biggest change is easily that everything is presented in proper full-screen this time. Legacy and, to a certain extent, Unbound, had some serious letterboxing in most areas. This always struck me as somewhat odd, as it limited what the player was shown for no apparent reason. Aside from that, character portraits also received an overhaul between Unbound and Convergence, but as this tweet says, each game had a different artist, so it’s not strange that their design would also change. That’s not to say everything looks different though, because the pixellated art style from previous entries remains intact; although at a higher resolution (ie. less ‘blocky’). Gotta love adventure games with a look that walks the line between old-school and modern!

This next bit might come as a surprise to some, given its supernatural theme, but like Legacy and Unbound before it, Convergence has no fail state; unless I missed something obscure, that is. Certain scenes would have worked better if this was possible, but alas, Wadjet Eye Games didn’t think so. Generally speaking, though, it does beat saving every few minutes to avoid loss of progress to a cheap death (Sierra, I’m looking at you). 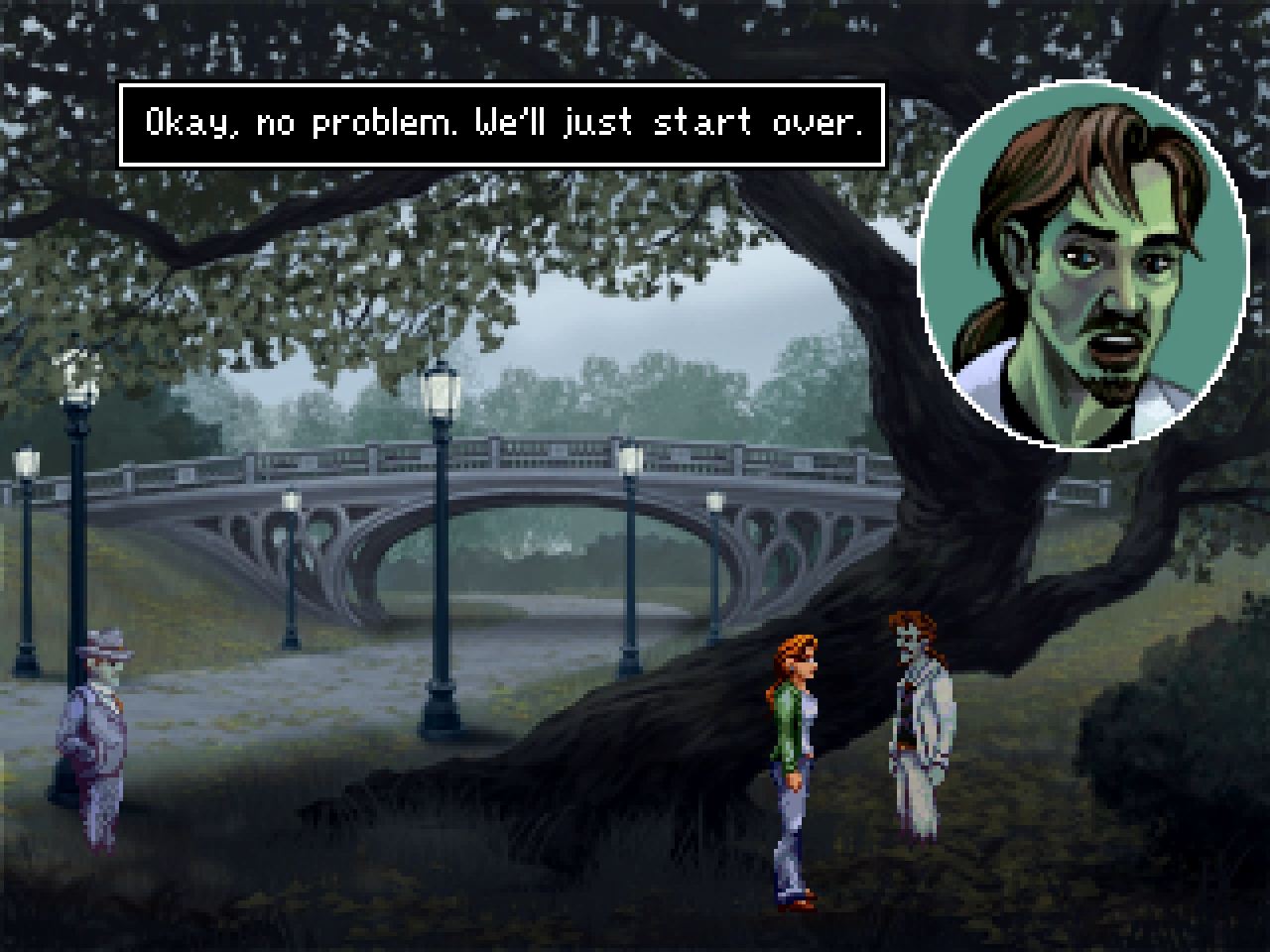 Now, much as I’d love to claim that Blackwell Convergence is perfect, that’s not the case, even if its flaws are somewhat minor. For starters, the difficulty is virtually non-existent, with the player being hand-fed clues frequently, making it play more like an interactive story than a proper adventure. It’s also a bit on the short side, clocking in at 2-3 hours, and some characters aren’t nearly as fleshed out as they could have been. Aside from all that, I still enjoyed this part of Rosa and Joey’s journey, like the two before it. So much in fact, that I’m more than a little eager to find out what Wadjet Eye Games has in store for them next, in Blackwell Deception!