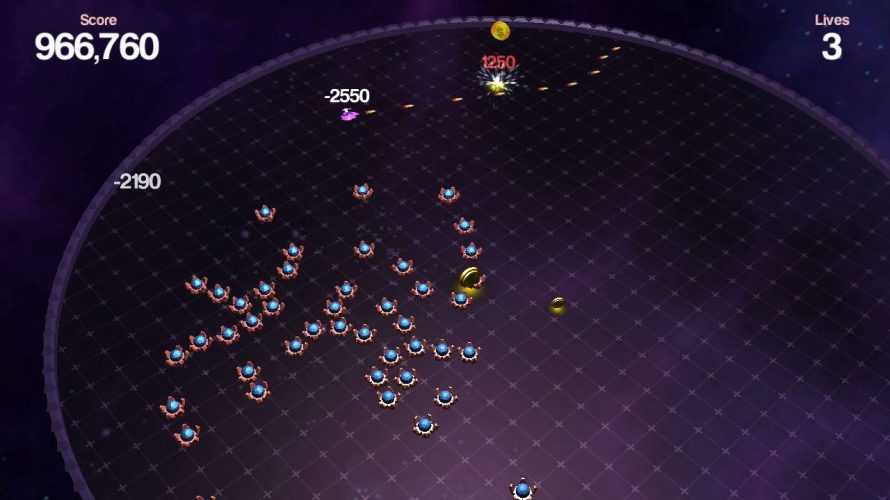 Where the goal of most arena shooters is to rack up points by blasting enemies, in Weapons of Minimal Destruction it’s the other way around, as you’ll want to lose points rather than gain them! Because of this, trying to set a low score as opposed to a high and all, I’d recommend keeping your guns holstered, racing around like there’s no tomorrow, dodging instead of destroying. Tricky? You bet ya.

With a ship capable of moving at rather high speeds, oversteering might be a bit of an issue, until you get the hang of the hectic pace. That’s not to say enemies are relentless or that you’ll be trying to find tiny holes in bullet hell-ish barrages, but you do have a finite number of lives and, well, points can’t be lost without a ship.

Things start out simple enough, with ten or so tiny ships appearing, homing in on your poor craft as your score constantly ticks down. It’s not long before these are joined by their larger, more dangerous brethren though, and these guys are packing! Not just that, but upon dying they leave behind coins which yield an absurd amount of points; needless to say, avoid them like the plague. 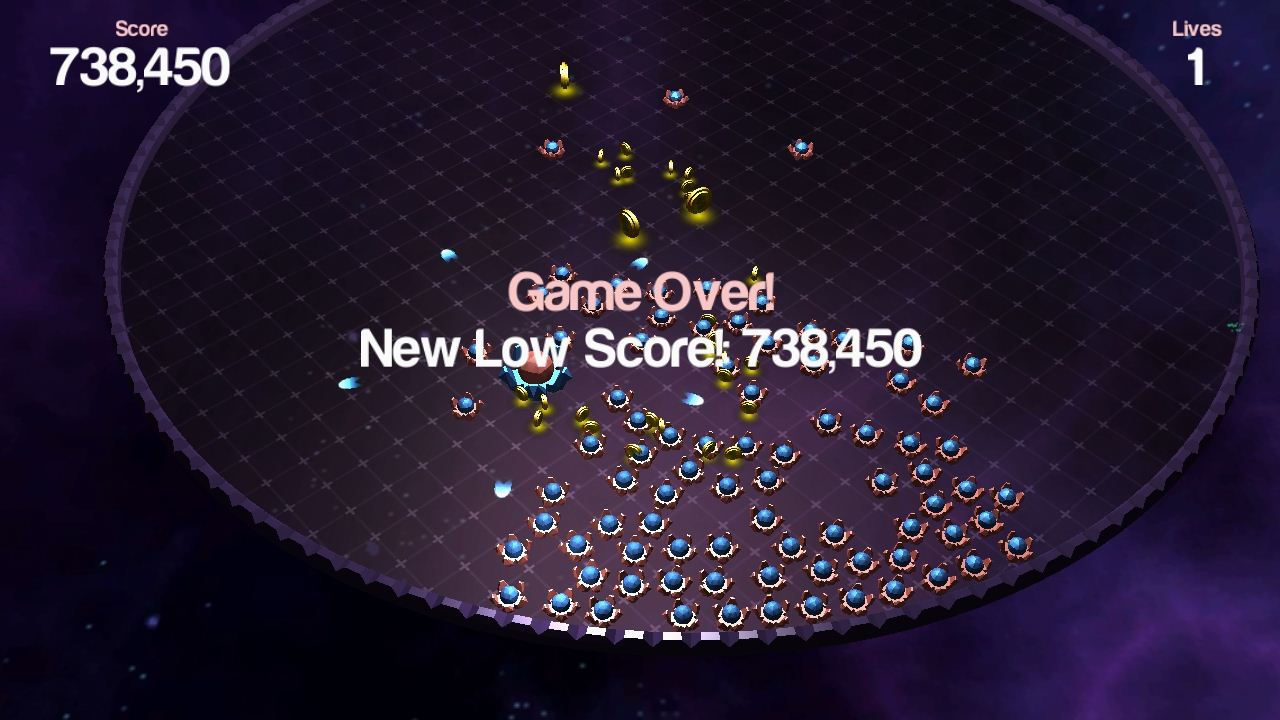 As the game progresses, enemy ships increase in both size and numbers, meaning that only the best will be able to stay pacifistic while also setting a proper low score. Seeing how the gameplay is textbook ‘practice makes perfect’, I found myself wishing that enemy spawn patterns were randomized, even if only slightly. Knowing exactly what’s about to happen did make things easier, but… arena shooters shouldn’t be predictable.

On the other hand, the game was created over the course of a weekend for Ludum Dare 26, so it’s not like bluescrn had all the time in the world to make Weapons of Minimal Destruction. Now, how about trying to beat my low score of 738,450? You know you want to!