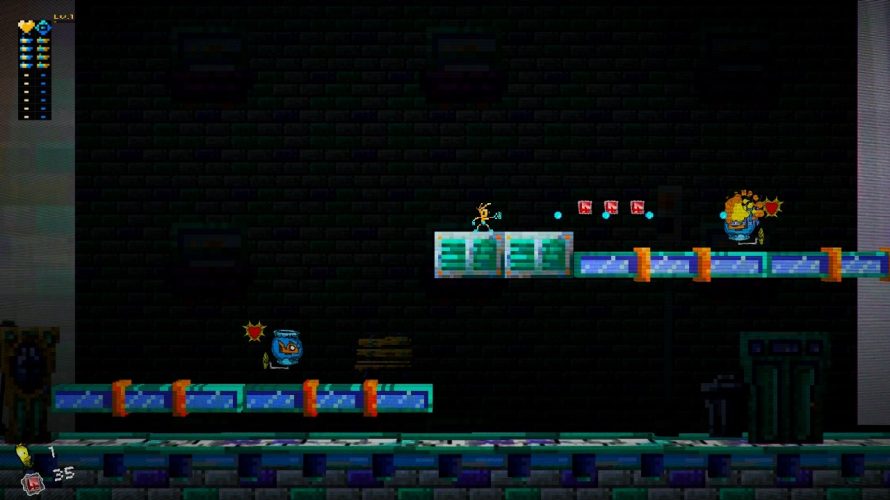 To claim that nothing is as it seems in this Chester United demo, would be a huge understatement. I mean, you literally have the ability to reshape reality, which causes all sorts of neat things to happen! Are platforms moving too fast? Switch to Sketch style! Having a rough time with turrets? Use Chester’s ability to slow time! You’ll need to use these and plenty other fancy tricks to tip the odds in your favor.

Actually, that’s not entirely true for the demo, as on top of being an early build, it only has a handful of levels, styles, and characters from the upcoming full version, and none of the stages are overly difficult. But between Chester, Bit Chester and Chegami as playable characters and several different ‘styles’ to aid you, chances are it’ll still make for a fun taste of things to come. Besides, a free playable slice is a free playable slice, ya know?

Needless to say, with finite lives at your disposal, you’re not going to get far without making use of your entire arsenal. Like each style, the different characters are also more than mere aesthetic choices, with each featuring different stats (health, speed, attack) and – in Chegami’s case – a reckless disregard for gravity (spoiler: he ‘floats’). 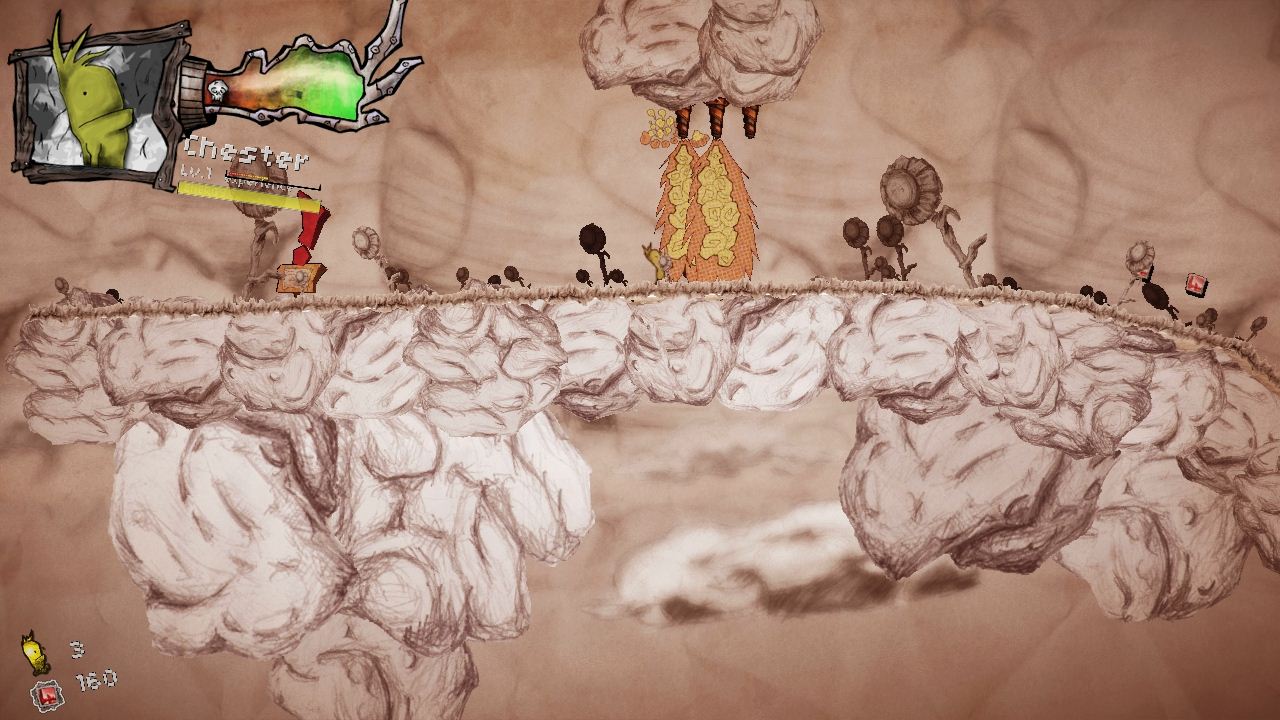 Throughout each level, there are stamps to collect, which act as a virtual currency used to unlock all sorts of stuff – or they will in the full version, anyway. Completionists would also do well to keep an eye out for the three items unique to each level, as I have a feeling they too will let you do… something or other. Not sure exactly what though. But as far as gaining access to every last character in the demo goes, the developer left a note on IndieDB saying “good luck unlocking that last one!”.

Tell me, isn’t it just a darn shame that a stylish looking platformer like Chester United is stuck in Greenlight limbo? Of course it is! So before rushing off to play the demo, how about casting a vote, maybe tell a friend (or two) to do the same?