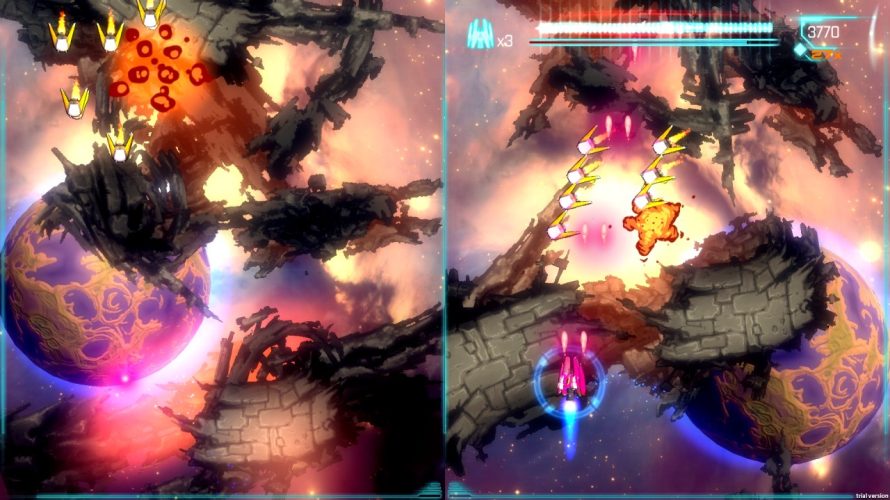 The Ashajuls, an evil alien race spanning multiple dimensions, just made a huge mistake: they decided to invade OUR universe! Fortunately, Jackelyne Tywood – and his legendary ship – is on our side. A ship capable of teleporting between dimensions in the blink of an eye (no, really). Time to blast some aliens and get this lovely SHMUP kickstarted!

Having played the press beta (v0.6.2, for the record), I can safely say that the teleportation mechanic is not even remotely a mere gimmick. At first glance it may seem like a ‘panic button’, as the switch is instant, allowing you to get out of harm’s way in the blink of an eye. But there’s more to it: certain areas are designed so that you won’t be able to progress without switching temporarily, because where one screen contains a rocky blockade, the other will be clear (well, more or less).

That said, it does also serve a tactical purpose, because again if one screen is filled with bullets, the other will likely be a sanctuary by comparison. You’d do well to keep an eye on the other before leaping though, as your ship’s location is mirrored across the two. Nothing’s more annoying than attempting a tactical retreat, however temporary, to then find you’ve teleported straight into an asteroid. Happened more often than I’d like to admit. Oh and shooting drains your energy on the current side while killing enemies replenishes it… on the opposite. Groovy, if a tad confusing at first. 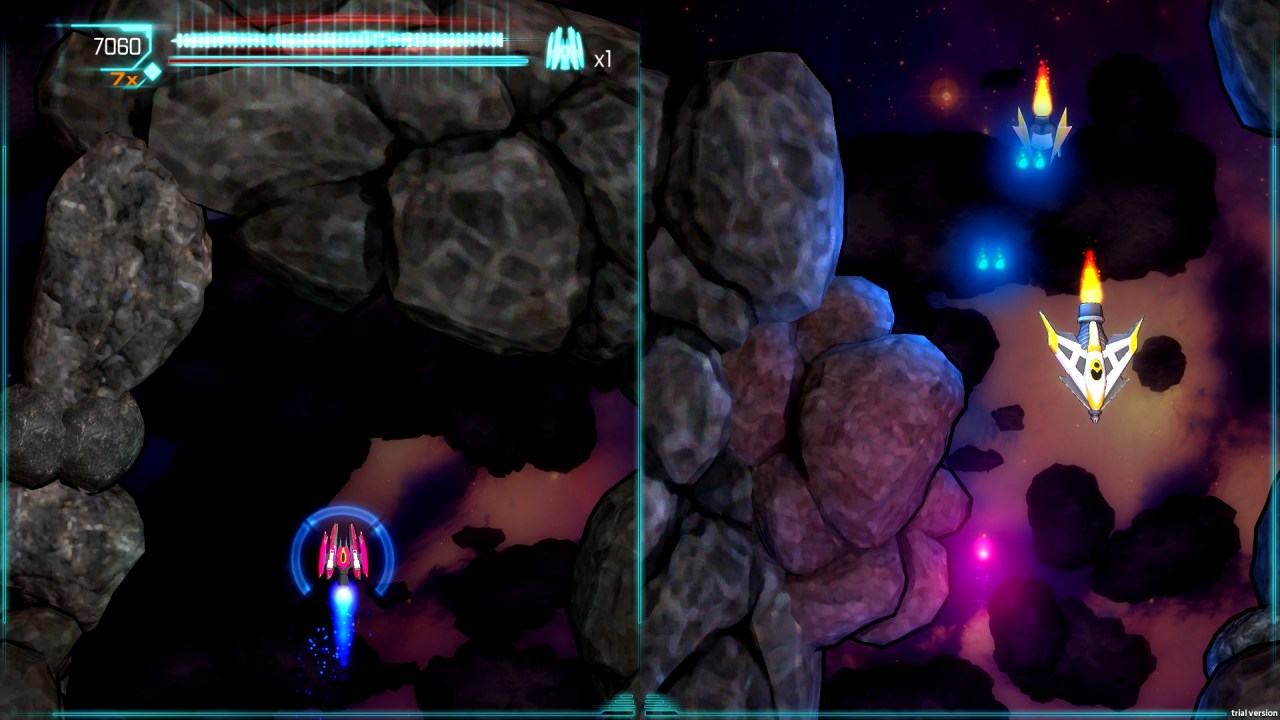 Now, unlike most genre entries, Dimension Drive isn’t all about shooting, dodging bullets and, well, teleportation. Or rather, not all of its levels are about that, as there’ll be three vastly different types in the full version: ‘shooting’ levels are your average run-of-the-mill blow-everything-up, while ‘puzzle’ focuses on environmental hazards in a fast-paced race, and last but not least, ‘defense’ is all about – as the name implies – defensive play; defending key structures from waves of enemies, and whatnot. How’s that for a varied SHMUP experience?

There’s also the chance Ashajuls may decide to attack OUR dimension. In that unlikely event, we won’t be able to finish the game as we’ll be running for our lives. However, look at the bright side--you’ll get to experience the Dimension Drive universe for real as an Innocent Bystander!

Ain’t all about money though, as the Kickstarter page also has a wealth of information about the game itself, complete with story pieces and crew details. So do check that out if you’re even the tiniest bit interested, and remember, while financial support is nice, spreading the word only costs a moment of your time. Last but not least, let’s get it through Greenlight before its “end of 2015” launch, eh? Fingers crossed.