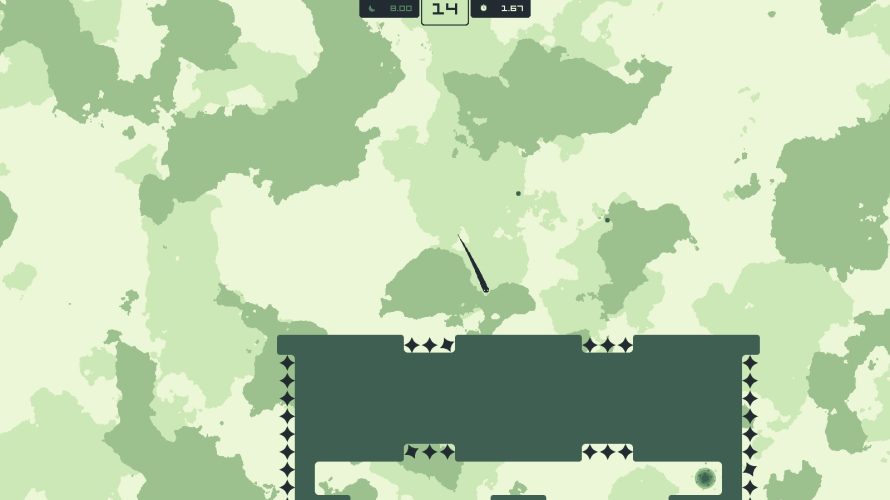 Originally created for Ludum Dare 29, The Sun and Moon has since been expanded heavily upon, now featuring more than 150 different levels of platform-phasing action. See, in this game momentum is key, and the only way to preserve it is… well, diving into the ground! It’s every bit as strange as it sounds, but fortunately, also quite easy to get the hang of.

Now, while precision platformers don’t always bring something unique to the table, this one certainly does. I mean, what other genre entry lets you burrow into the ground, to then fling yourself upwards while staying in control of your every move? Exactly. The game also sports a lovely minimalistic visual design, with nothing to distract from the task at hand. Just you, a bunch of platforms, three orbs to grab, and genuinely annoying one-hit-kills-you spikes.

In case that last bit didn’t give it away, The Sun and Moon is not easy. At all. I mean, the controls are tight, just like the level design, but boy is the latter ever brutal still. Not to the point where I threw my controller across the room, mind you. Not quite. Well, except for those times when figuring out what to do almost posed more of a challenge than how to do it. Personally, I’d rather deal with just one of the two in a fast and furious platformer like this, as there’s plenty of ways to fail a level without having to trial and error the correct path too.

Once you know how, completing each [level] is a ‘simple’ matter of grabbing all three orbs and heading for the wormhole. Yeah right. Simple. See, where most platformers are all about precision jumping – maybe a bit of shooting too – this one has you sling-shotting all over the place instead, using momentum to get around at crazy speeds. Also, do be careful not to fall out of the level as you go ground-diving. Trust me. 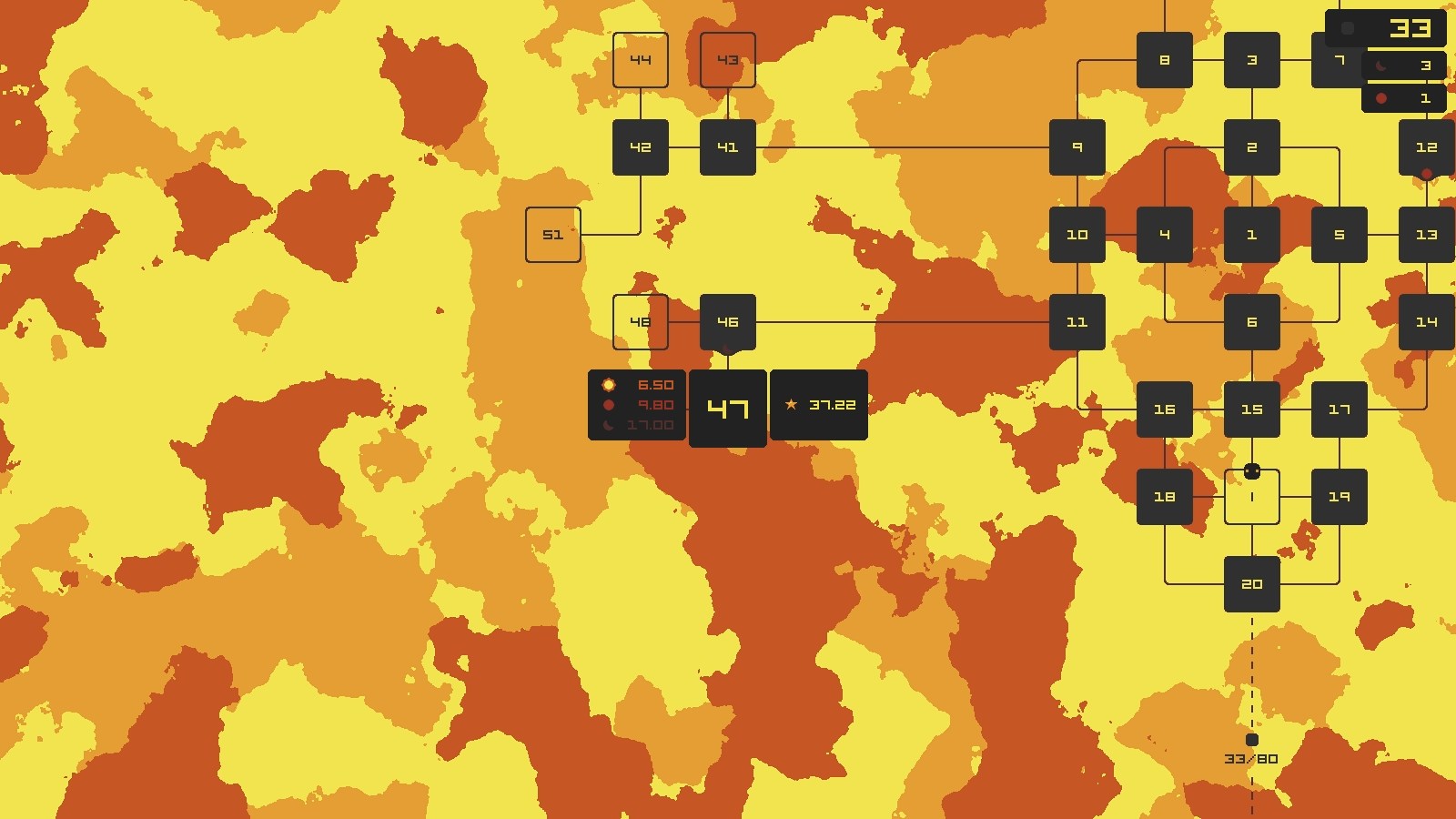 As you progress through the game, based on the total number of levels you’ve managed to beat, more and more become available. No silly rating-based level gating here, although there are a total of three medals (bronze, silver and gold) available, each tied to a specific clear time. According to these, many of the 150+ levels can be dealt with in 10 seconds or less. Probably won’t happen on your first attempt, but practice makes perfect, and at least each consecutive attempt is accompanied by some lovely music.

Fortunately, the aforementioned unlock mechanic is quite flexible, in that you won’t simply be going from level 1 to 2 to 3, and so on. Instead, you’ll be able to skip ahead by as much as 10+ levels, which is something I found particularly useful to ‘scout ahead’, as I was unable to beat the entire thing. Oh and speaking of skipping ahead… while the early levels are more or less static, sooner or later, you’ll have to deal with constantly moving objects too, forcing you to temporarily hide by diving into the ground. Crazy? You bet. 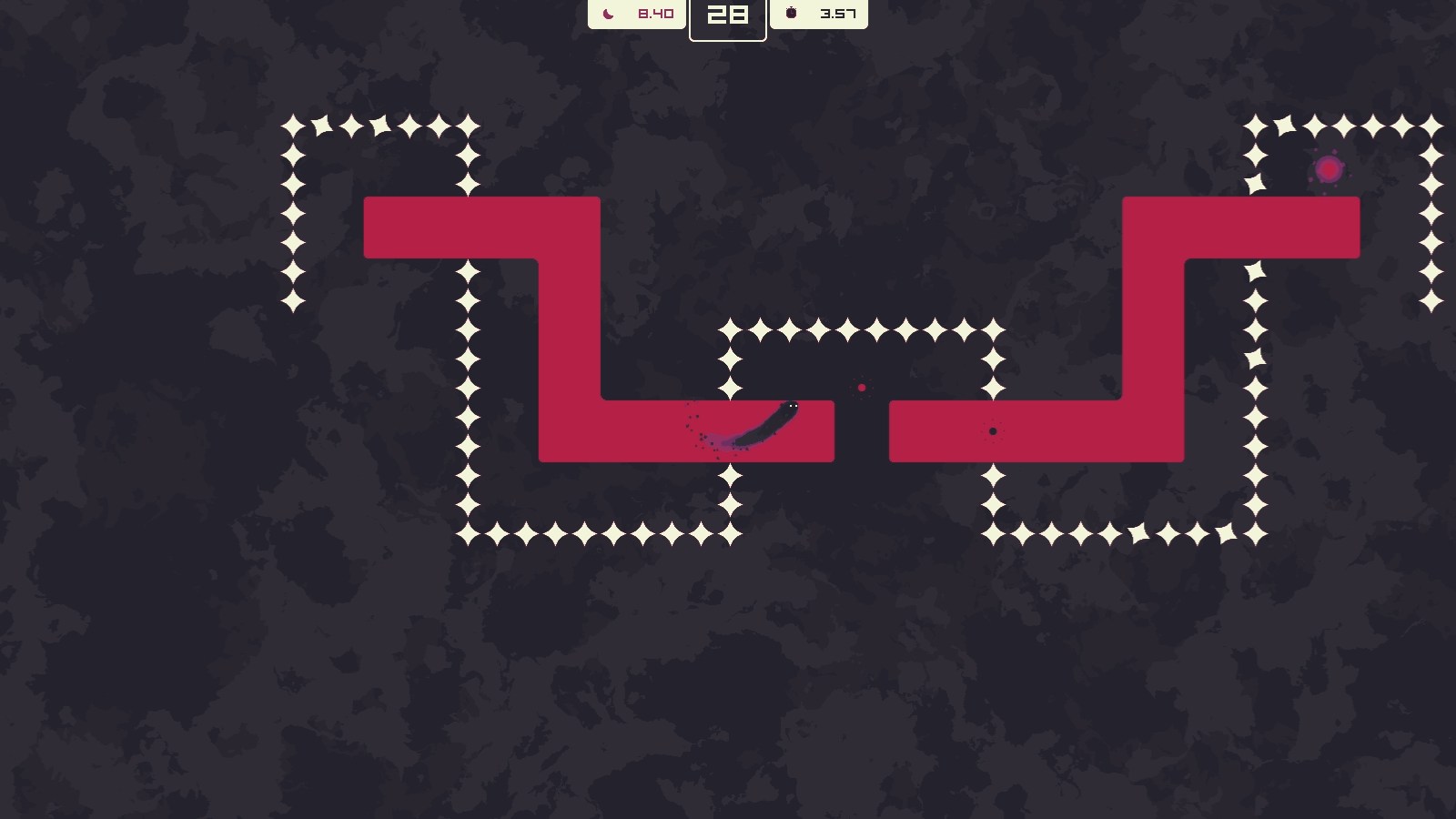 While it may not seem like I actually enjoyed my time with The Sun and Moon, in spite of its high difficulty level, it was actually a lot of fun. Perhaps more so due to how great it felt to finally beat a challenging level, nailing the almost rhythmic motion required to slip past obstacles, grab the three orbs and exit through the wormhole. As such, I’d say the only actual downside might be that the pace can get a tad chaotic at times, resulting in a head-on collision as an obstacle enters the screen much too late. Such moments were few and far between though.

So if you don’t mind a proper challenge and feel like tackling on a platformer that easily stands on its own, The Sun and Moon might be right up your alley. Uncertain? Try the Ludum Dare 29 original then. Just remember to use a controller.

The Sun and Moon is available for Windows from Steam, carrying a $9.99 price tag.