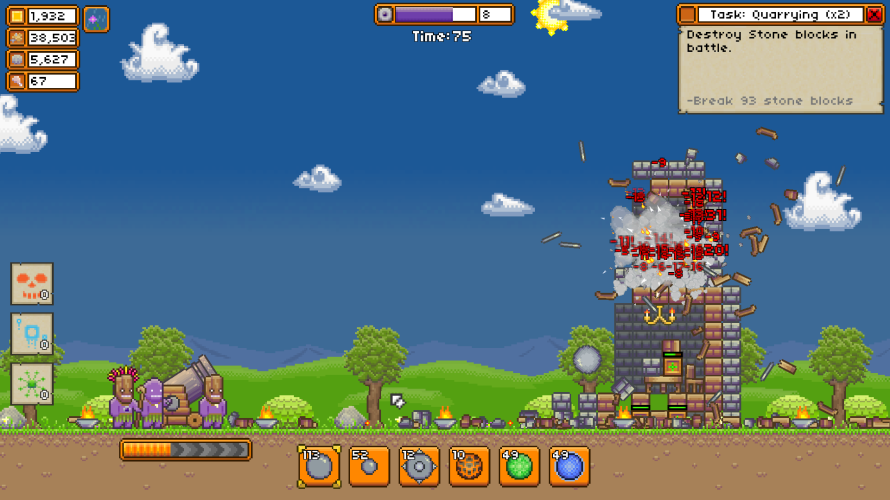 This time the spotlight will be shining on Blasted Fortress, a catapultin’ crazy topple-that-tower physics flinger. Let’s see if we can’t help it escape the cold emptiness of Greenlight limbo, eh?

Blasted Fortress is a physics-based destruction game. Think back to games like Crush the Castle, with RPG elements and a lot more depth, as well as plans to expand the game after release according to fan feedback.

About time someone did something different with the genre, ya know? Put down your mobile device, stop playing Angry Birds for a minute, and take a look at this. Not only is it more engaging, but there’s also RPG elements, multiplayer, quests, and… a level editor. On top of that, can you honestly say that you’ve never wanted to completely demolish a massive tower with mighty catapults? Exactly. Brick by brick, concrete slab by concrete slab, it’s just a matter of time before they all fail. Every last one of them. Alternatively, you could always conjure up some dark mojo and cast a spell or two. Unfair? Hardly – all’s fair in love and siege warfare!

So riddle me this, dear reader: why is Blasted Fortress still struggling to get through Greenlight? It’s available from Desura, itch.io, and IndieGameStand for Windows, priced at $4.99, so it’s not like you’re voting on an unfinished project. As such, might I recommend visiting its Greenlight page and handing over a ‘yes’, if you like what you see? Remember, your vote matters!