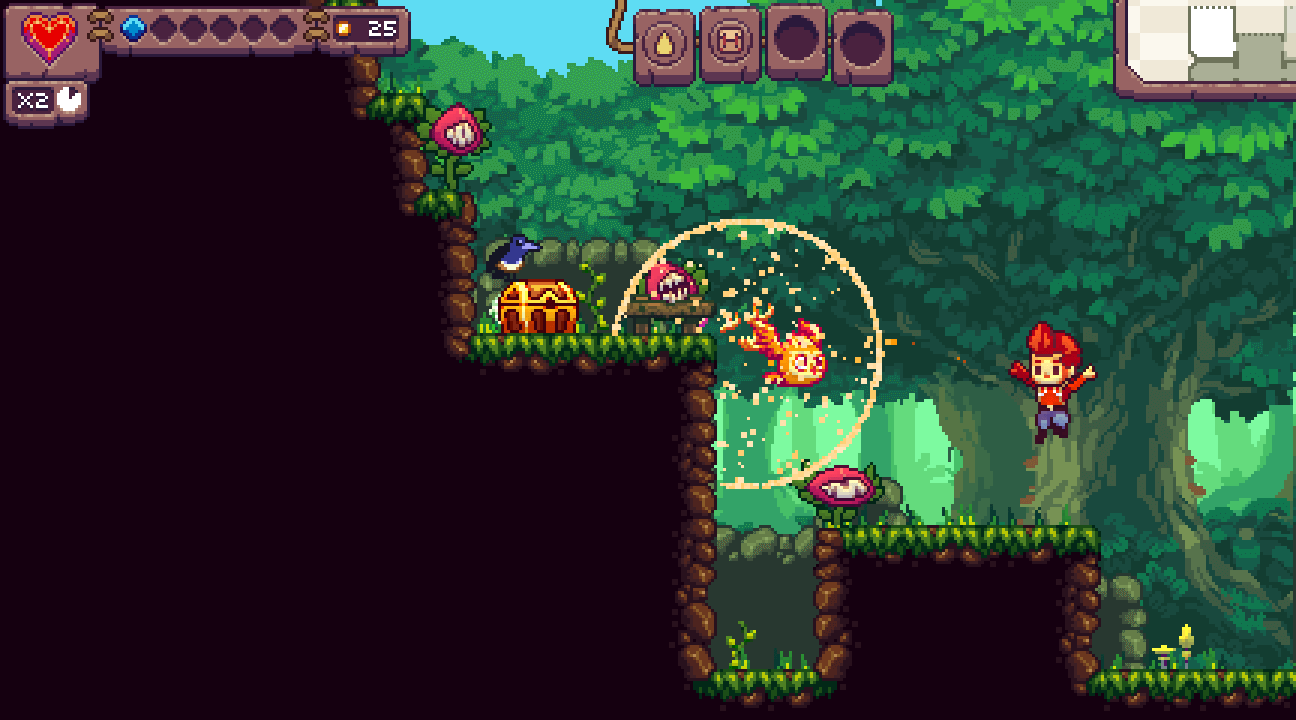 Eagle Island [Kickstarter]
Explore the avian world of Eagle Island with Quill and one of his loyal owls, Koji. Discover lush forests, treacherous caverns and uncover the ruins of long lost civilizations. Finally, confront the monstrous eagle, Armaura, in a desperate attempt to rescue Koji’s brother, Ichiro, from her clutches.
With its falconry-based gameplay within uniquely generated worlds, Eagle Island is set to a beautifully modernised pixel art aesthetic and provides a breath of fresh air to the platforming genre. 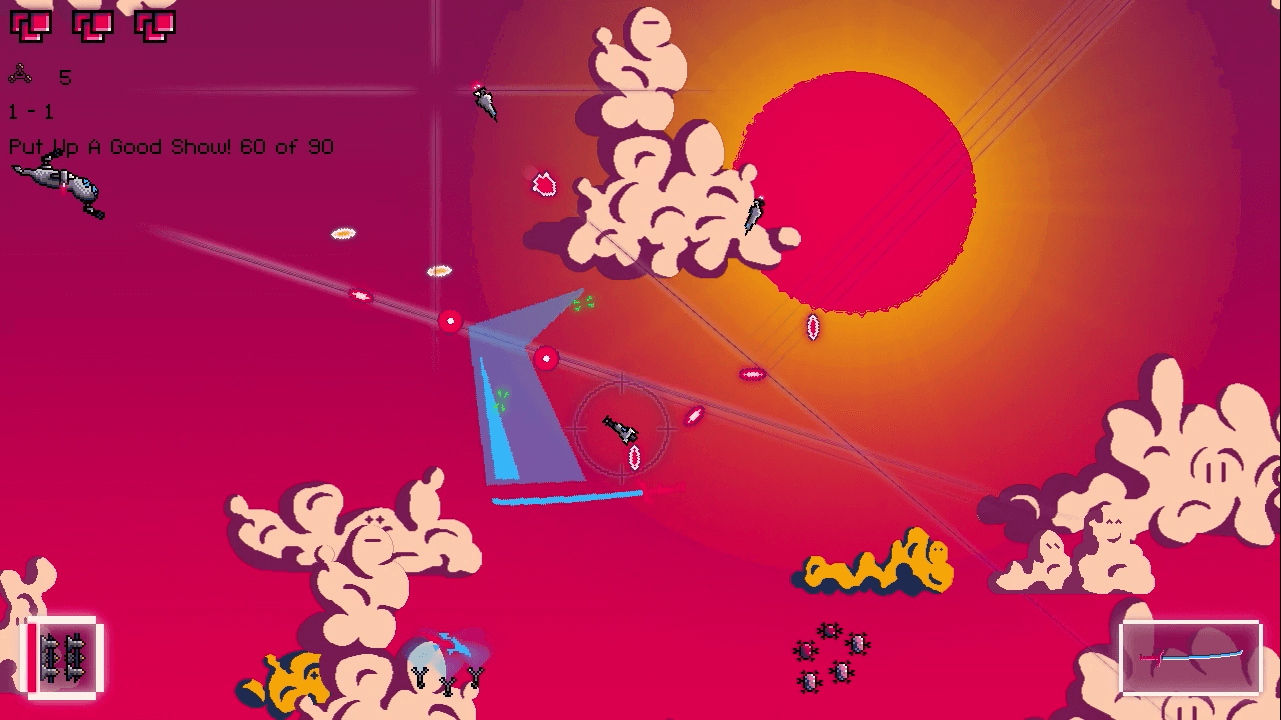 Hyperspace Dogfights
What do I do in Hyperspace Dogfights?
You fly around in a 2d environment and blow things up. In between enemy waves you get tons of items that modify your jet in various ways. It’s an item-based, air-brawler rogue-like where each run is a little different. There is a free demo available if you want to try it yourself.

Nongünz
Nongünz is a nihilistic action platformer which combines hectic shootouts with the management of a mysterious idle game.
Each run has the player parting from a black and white graveyard into an ever-changing gothic dungeon full of nightmares fleshed out of human viscera. Surviving this distraught roguelike will not only require skill but style, since in Nongünz rewards the player for long-lasting combos along with a variety of challenges and gameplay modifiers… moreover, score will play a key role in the progress of the mysterious idle game: the formation of your very own band of lost souls and death cultists. 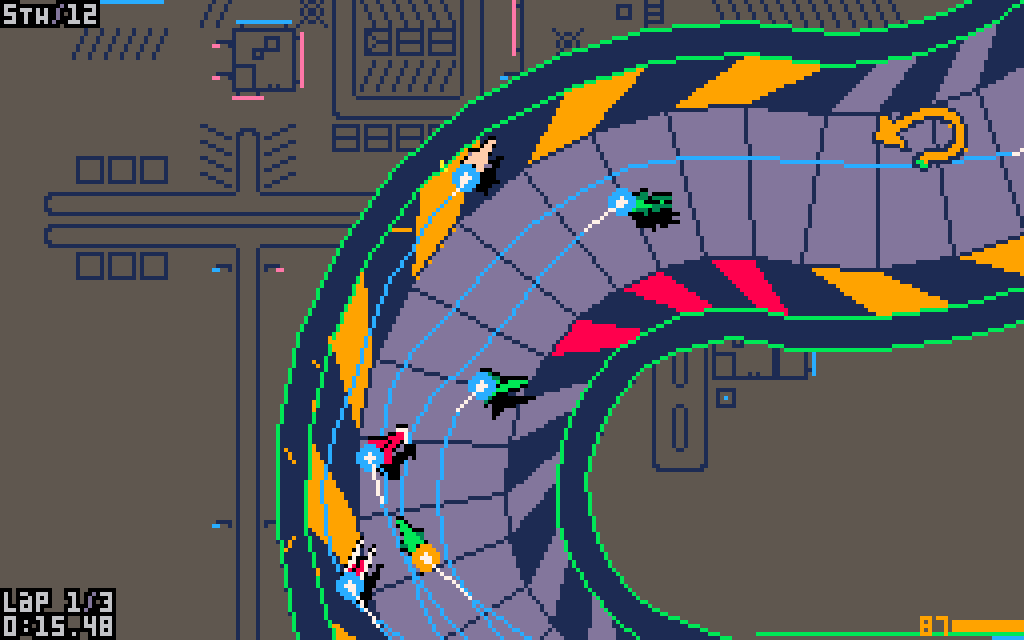 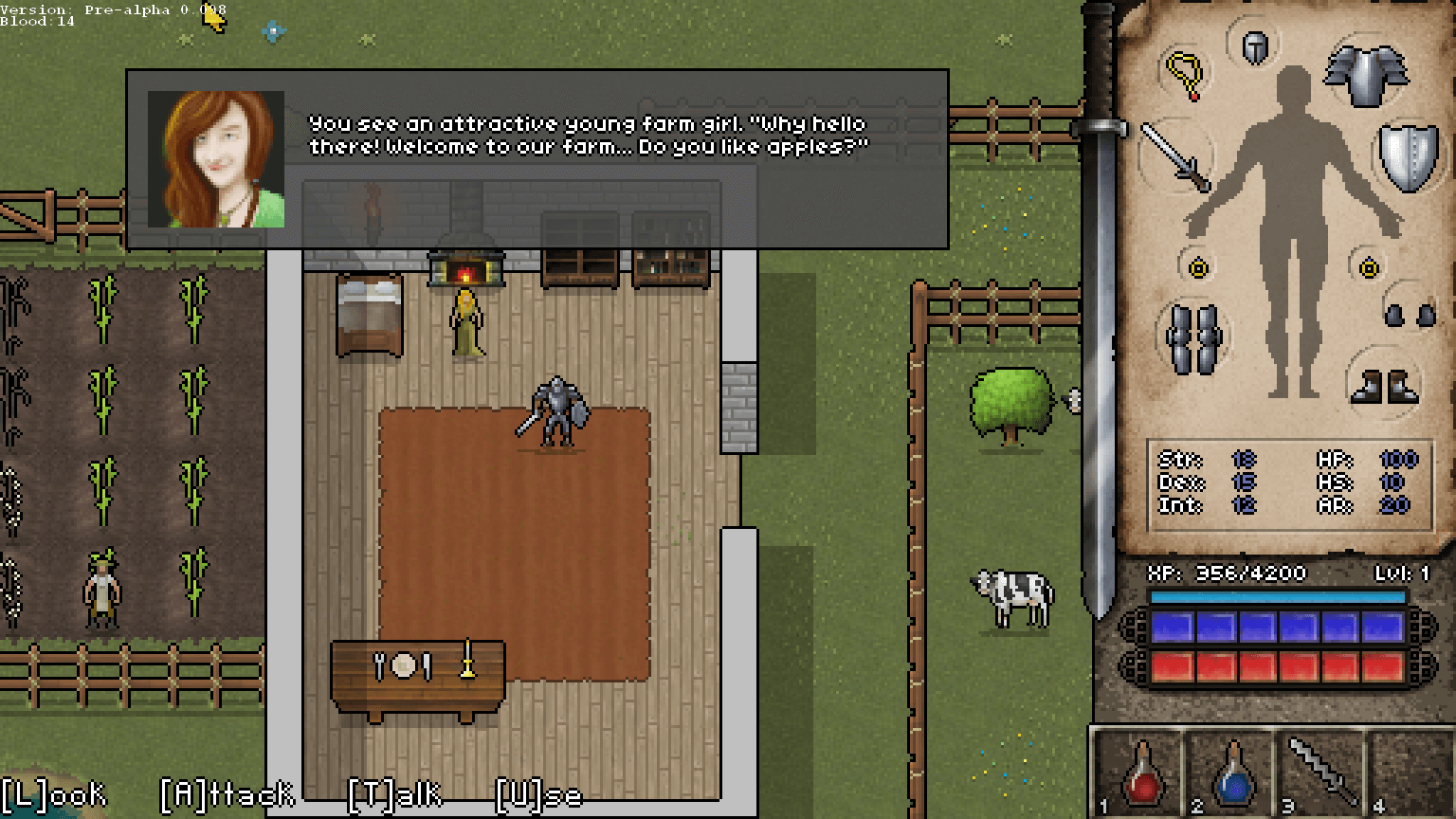 Code of the Savage
Code of the Savage is a no-holds-barred classic western style RPG. Inspired by the greats from the 80-90’s – with a modern flair. There is a strong emphasis on player freedom, through social and moral interactions… Will you choose to fire bomb the brothel, the church… Or both? Will you do it for money, glory or just because? 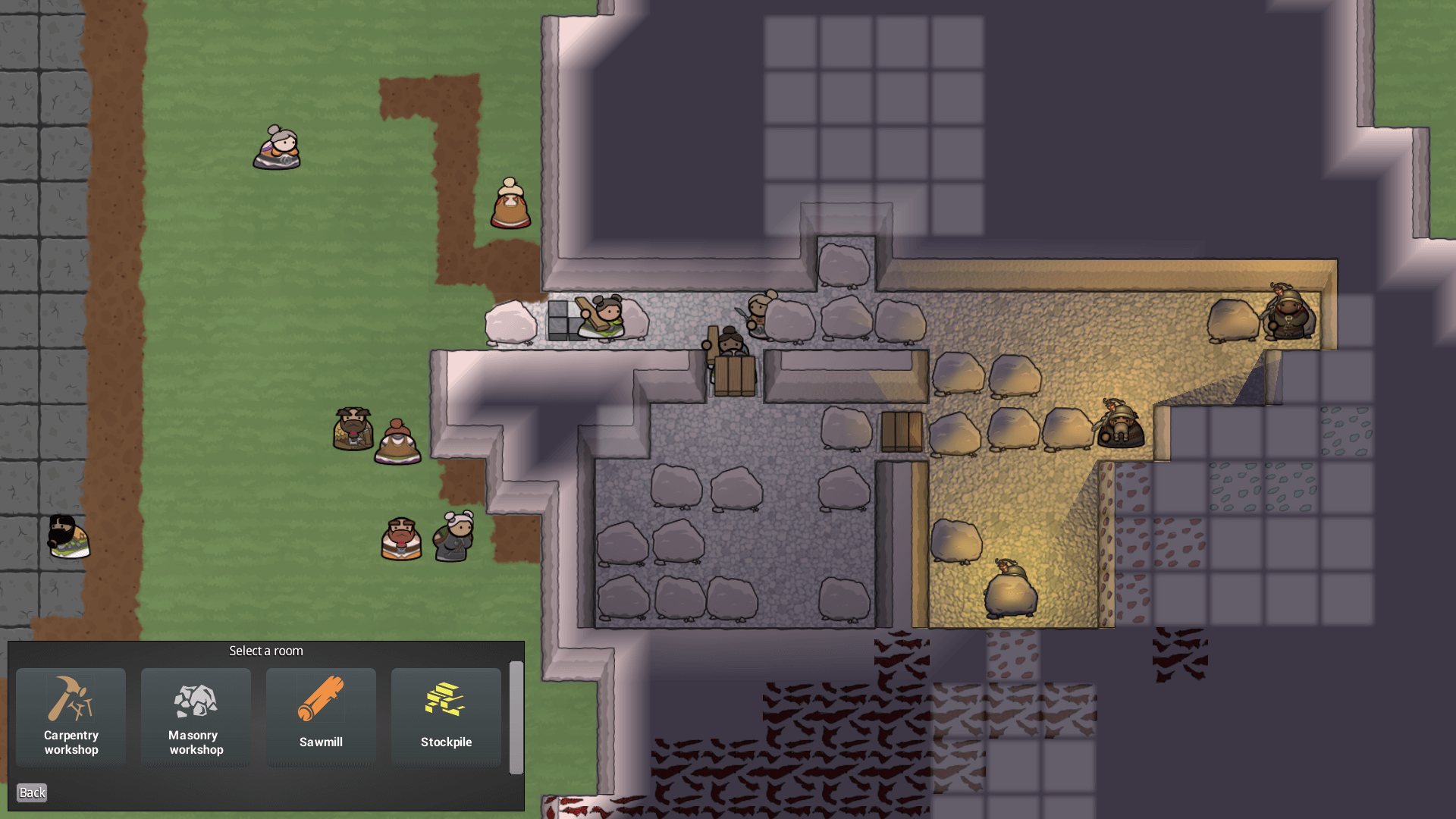 King under the Mountain
King under the Mountain is a simulation-based settlement-building strategy game set in a fantasy world. Players take charge of a group of settlers founding a new colony, planning out work to be done and designing the rooms and structures that make up a burgeoning society. The focus is on having a deep simulation of characters and their behaviour as well as the world and environment they inhabit. 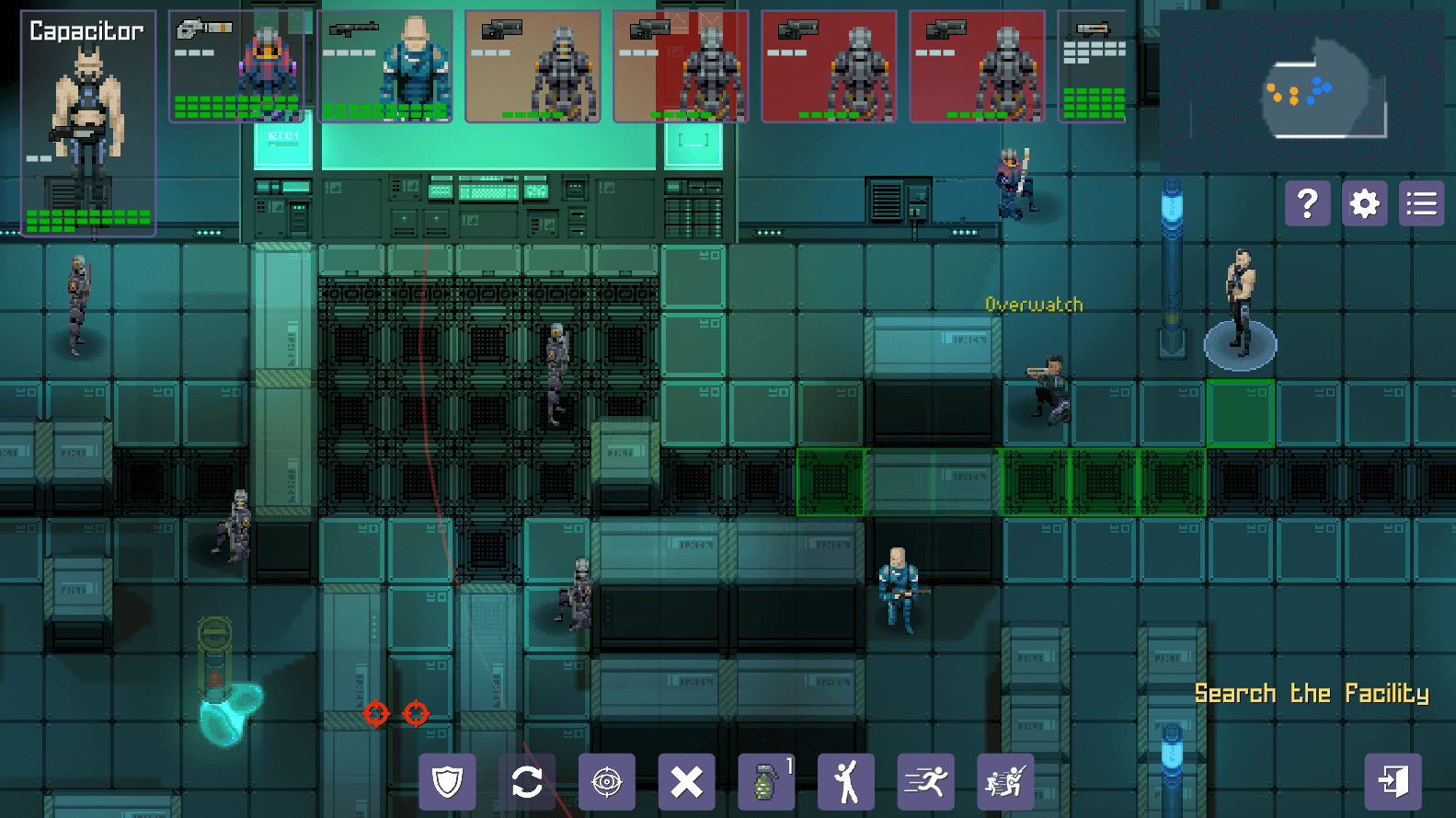 Depth of Extinction
A cataclysmic event has forced humanity to build undersea environments to survive. Now 500 years have passed and we are in decline. Pirates, raiders, androids and worse things scour what is left of these habitats looking to survive.
Facebook Twitter LinkedIn Pinterest Tumblr WhatsApp Telegram E-mail
Previous article 'Spark the Electric Jester' Feels the Need For Old-School Speed
Next article Speculating Screenshots (15th April 2017)