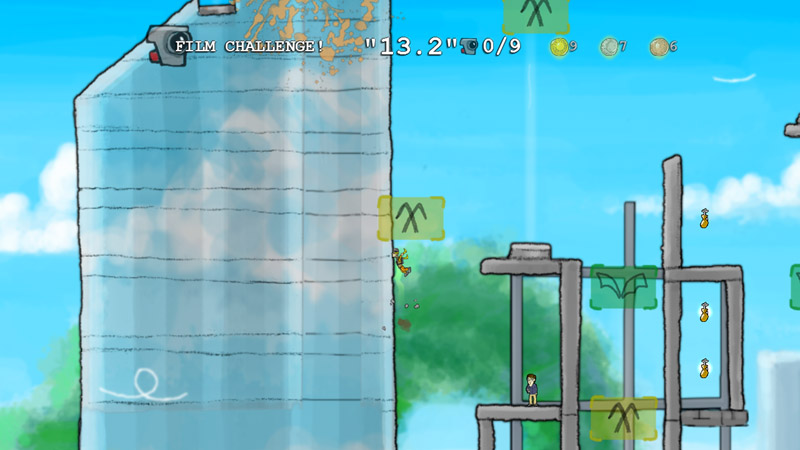 So.. Remember that other 2D rock climbing indie game? You don’t? Well, that’s because it was a trick question, as I’m almost certain this is the first of its kind!

Almost four months in development and following a reveal about a month ago, the next game from TwO Bros. Games, ROCKMAN, is finally available and not just that, but they actually released it with a pay-what-you-want price tag.

While the main selling point is seemingly rock climbing, there is more to this one than simply jumping around mountainsides, which is good because I doubt that would hold most people’s attention for long. In order to flesh out the experience, new gear that grants your character the ability to swim, glide and.. blow stuff up (kaboom!). These ‘upgrades’ are going to come in handy for sure, because going exploring without them, both above and below sea level, in search of treasure and riches (ooh gold!) is troublesome at best.

I wouldn’t start dreaming about getting that new sports car yet however, as you’ll need to spend gold not only to unlock more mountains but also on consumables, such as explosives and first aid kits (mountain climbing is a hazardous hobby, after all) and with five huge mountains to unlock, trying to grab that barely-within-reach nugget is not a terrible idea; it might get you killed, but that’s completely besides the point.

There are also hidden areas to find along with challenges to complete, which range from collecting all the flags to simply reaching the top, but they do both run on a timer and for the perfectionists out there, each mountain actually shows you what you still haven’t collected on it.

Head over to the TwO Bros. Games website for more information and should you wish to buy the game, Indievania is the place to go. Oh! They’re also on Facebook and Twitter, if social media is your thing.

Facebook Twitter LinkedIn Pinterest Tumblr WhatsApp Telegram E-mail
Previous article Who Let the Orcs Out (Again)? 'Orcs Must Die! 2' Is Out
Next article Trim the Sails and Roam the Sea: 'Windward' Adds Fog of War and an Improved Tutorial