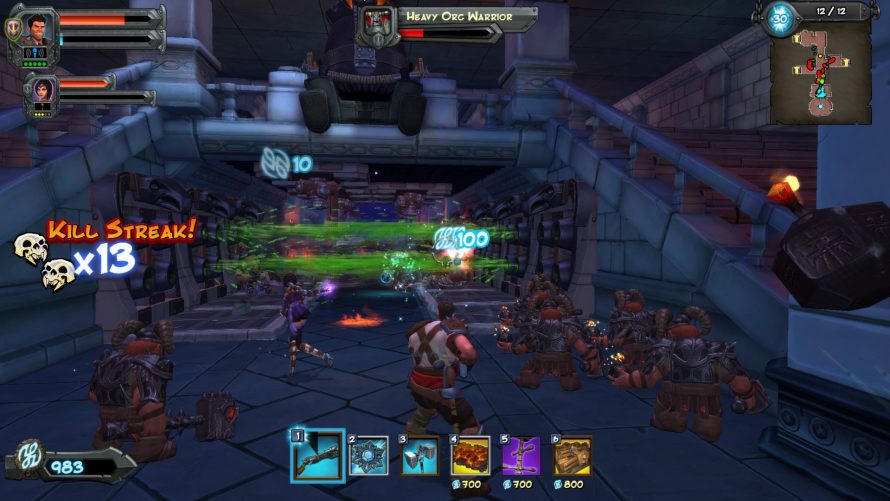 It seems someone at Robot Entertainment has a score to settle with the entire orc race, but this sequel adds plenty of new stuff, so a return to some orc demolishing fun just might be what the tower defense genre needs!

Similar to the first Orcs Must Die!, in Orcs Must Die! 2 the player is tasked with typical tower defense stuff, like placing defensive (and offensive) traps in order to prevent enemies from reaching and/or destroying key locations. This is done from a third person perspective, which means you’re also able to use your weapon to deal with those ugly greenskins and chances are you’ll need the extra firepower in order to survive each battle.

But unlike the first game, this sequel adds a feature requested by many people: Co-op! And not just for the campaign mode either, but also for the new Endless mode where your mettle will truly be tested as you face off against a never-ending increasingly difficult horde of enemies. And in case that isn’t enough, how about 225+ unlockable weapon/trap upgrades? Customization is certainly a popular item on this menu!

Those who own OMD! on Steam get a little something extra in the form of co-op versions of 10 levels from the original game, but.. with new enemies! This is where I’d usually go “yay, free DLC!” if it didn’t require owning the original game on Steam; thankfully it’s a Steamworks game, so no matter where you buy OMD!, it can be activated on Steam for the OMD!2 bonus.