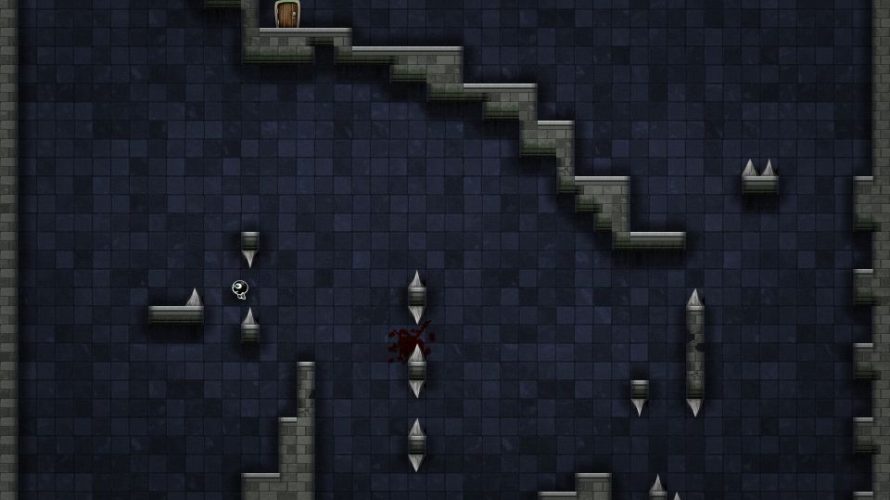 This time the spotlight will be shining on You Still Won’t Make It, a brutally difficult platformer with deadly hazards virtually everywhere! Let’s see if we can’t help it escape the cold emptiness of Greenlight limbo, eh?

You Still Won’t Make It is a dark, super-hard platformer where you run, jump, and double-jump to avoid all sorts of dangerous traps as you try to escape the depths of an increasingly challenging dungeon. How many times will you die as you make your way through this deviously-crafted collection of levels?

Oh boy. Well, people are constantly complaining that games are too easy nowadays, so here ya go – one that most certainly isn’t! I mean, look at that screenshot… yeah. At least the controls seem solid and it does feature a nifty checkpoint system, so getting impaled on spikes doesn’t mean replaying the entire level from scratch. That is going to happen often though, the whole ‘impaling’ thing, and – believe it or not – the game keeps track of how many times you’ve died! Nothing like knowing how terrible you’re doing, eh? Seriously though, I’d say that sounds like par for the course, considering the relentless nature of such a platformer. But who knows, with enough practice (and countless deaths), maybe you’ll actually… make it?

So riddle me this, dear reader: why is You Still Won’t Make It still struggling to get through Greenlight? It’s been out for a while (since August 2013), so availability certainly can’t be the reason. Might I recommend visiting its Greenlight page and handing over a ‘yes’, if you like what you see? Remember, your vote matters!

You Still Won’t Make It is available for Windows, Mac, Linux from Desura and IndieGameStand priced at $5 and without DRM.