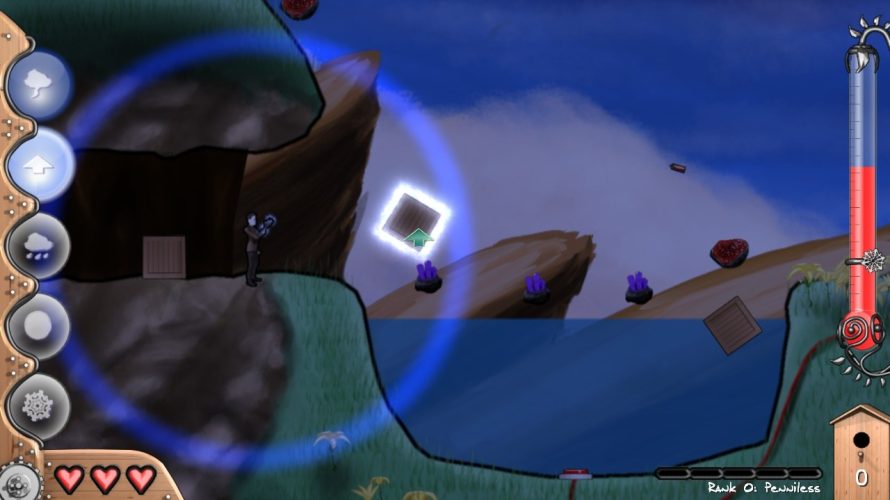 This time the spotlight will be shining on Tesla: The Weather Man, a platformer that pits Nikola Tesla against… Thomas Edison! Let’s help it escape the cold emptiness of Greenlight limbo so they can get to fighting, eh?

Use weather control powers to stop Thomas Edison and his army of DC-powered robots! You play as Nikola Tesla after the triumph of alternating current has sent Edison into a violent rage. Use experimental technology to harness the power of lightning, flood valleys, freeze lakes, levitate boxes, and more in this historical parody puzzle platformer.

Sounds like fun to me! I mean, what’s not to like about stepping into the shoes of Nikola Tesla, with the power to control the very elements themselves? People always blame it on the weather (man) instead of doing something about it – now we get to actually… do something about it. Probably with certain limitations, so players don’t, you know, go crazy and blow up the world in their pursuit of Thomas Edison and his robot army. Oh, and the game looks pretty darn groovy to boot!

So riddle me this, dear reader: why is Tesla: The Weather Man still struggling to get through Greenlight? It’s been out since 2011, so needless to say, a lack of availability is definitely not what’s keeping it ‘in the system’. Whatever the reason though, how about visiting its Greenlight page and handing over a ‘yes’ if you like what you see? Remember, your vote matters!