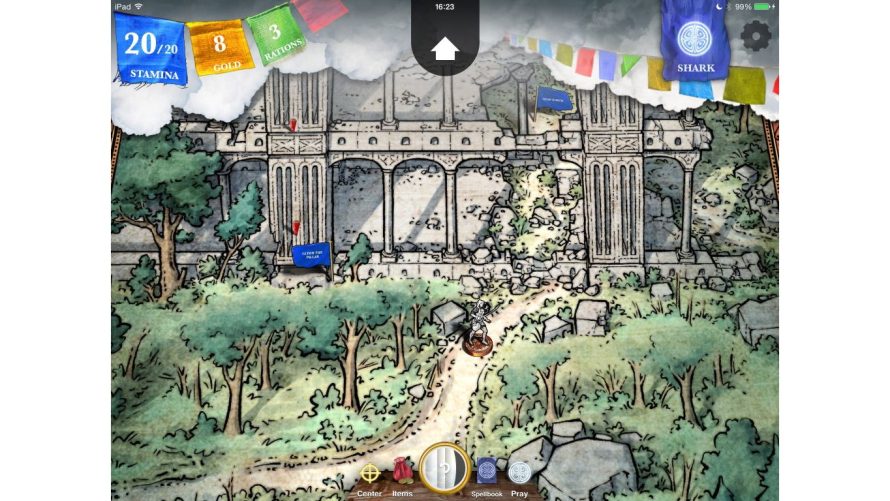 Man, now’s definitely a great time for fans of interactive fiction / choose-your-own-adventure. Even more so if you’re a desktop gamer rather than mobile, as inkle’s take on Steve Jackson’s four-part series, Sorcery!, is heading for Windows and OS X in just a few months. Wait, what? You have yet to experience this thrilling saga? Well, like I said… in a few months!

Although while this is pretty darn groovy news, keep in mind that Sorcery! 4 -- the finale -- is not out just yet. It will be available on desktop and mobile simultaneously, however, and as far as the first three parts go, inkle’s release plan is “once a month”, “starting in late 2015”. If math serves me right, that means the Sorcery! 3 port might actually slip into early 2016, but that’s quite alright. We’ll have plenty to do in the meantime, playing Sorcery! and Sorcery! 2, after all.

Now, for those not familiar with this particular printed-gamebook-turned-video-game franchise, here’s a brief what’s what: you, the protagonist, have embarked on a quest to recover the Crown of Kings, in this digitization of Steve Jackson’s 1980s classic. As is the case with most gamebooks / choose-your-own-adventure style games, your every decision changes what happens in the story, and one wrong move could very well end up proving rather… final.

Steve Jackson’s Sorcery! is a four-part fantasy adventure like never before. With tens of thousands of choices, the story rewrites itself around your actions. Battle weird and deadly creatures, cast powerful spells, play with honour, or lie, cheat and steal. The fate of the land of Kakhabad is in your hands!

Wizardry, turn-based combat, a wealth of characters and locales, presented in a lovely looking paper-ish blend of 2D and 3D, featuring a massive world to explore. Oh and the sequels feature save importing, meaning you’d do well to weigh decisions carefully, as they’ll have an actual impact on what happens in Sorcery! 2, Sorcery! 3 and of course, Sorcery! 4. Quite a unique take on what was originally, for the most part, text-based adventures. Very groovy.