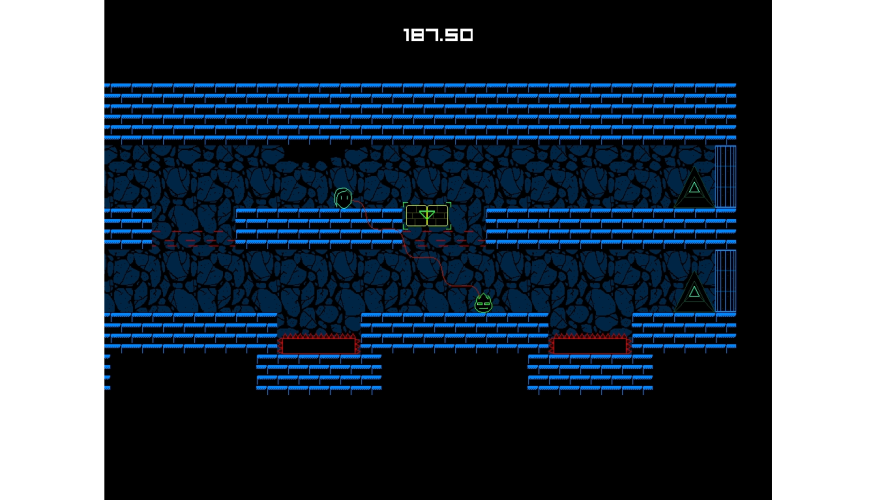 This time the spotlight will be shining on Reckpunk, a platformer/runner hybrid in which you get to both break and move obstacles around to get by. So, what say we help it escape the cold emptiness of Greenlight limbo, eh?

Reckpunk is a platformer where you destroy obstacles and move level elements directly using your mouse, rather than controlling the main characters. Even though the characters move by themselves, you can push them, use blocks to slow them down, and bring them in inaccessible places.

Nothing quite like a platformer that strays from the norm, eh? Being able to move objects, and sometimes destroy them, instead of having to navigate around, over or under them, is certainly a nice change of pace, I’d say. That and having actually played Reckpunk, let me just add that while the game is tricky as hell, it can be equally rewarding. Does take some getting used to though, and not everyone’s gonna care for its Spectrum inspired art style, but… oh hang on, almost forgot to mention: some levels has you controlling two characters simultaneously (as shown above)! Darn groovy, and every bit as challenging.

So riddle me this, dear reader: why is Reckpunk still struggling to get through Greenlight? It’s been out for a while, after all. As such, how about visiting its Greenlight page and handing over a ‘yes’, if you like what you see? Remember, your vote matters!