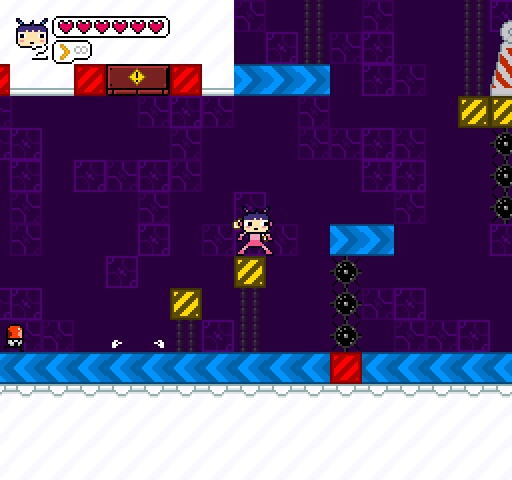 This time the spotlight will be shining on Giga Girl, an undeniably intriguing tribute to a certain 8-bit classic. Let’s help it escape the loneliness of Greenlight limbo, eh?

See what I mean? It’s right there: “heavily influenced by the original NES Mega Man games”. Groovy. Now, while some may say swapping the blue fella in for a pink female is a terrible idea, I, on the other hand, say… why not? Compared to the vast majority of other fan creations, at least this one brings something different to the table, which is always a plus in my books. Oh and the bosses – far as I can tell – aren’t yet another bunch of robot masters, on top of the protagonist’s main weapon being a boomerang! Yup. A boomerang. Boom-e-rang!

So riddle me this, dear reader: why is Giga Girl still struggling to get through Greenlight? It’s readily available and all, so how about visiting its Greenlight page and handing over a ‘yes’ if you like what you see? Remember: your vote could be the one that brings boomerangin’ action to Steam!