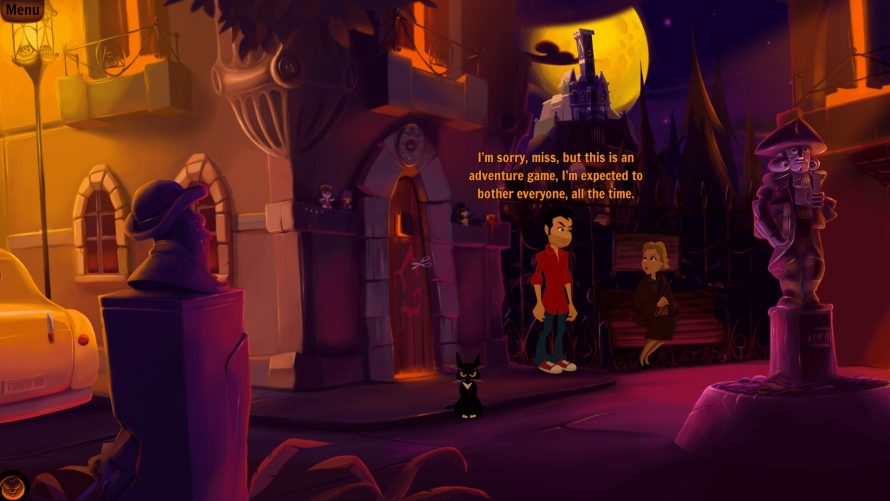 Times are troubled in Gibbous. Cults are gathering in the shadows, conveying whispers about the, well, Necronomicon. Yes, that Necronomicon. One of nasty things. On top of that, the whole world’s pretty much gone crazy and… something something Kitteh. Click and pray for the sanity of those involved.

Doom and gloom aside, in case the screenshot above didn’t give it away, Gibbous comes from fans of 90s adventures. You know, The Curse of Monkey Island and such. Not thereby saying it’ll play like a horrendously dated piece of tech, however, as modernization such as auto-saving and hotspot highlighting has found its way into this one. Five minutes with Indiana Jones and The Last Crusade, and it’s easy to tell why the latter’s a very welcome genre addition.

Anyway, as you traverse various locales in search of answers to this rather peculiar mystery, do keep an eye out for aforementioned cultists, fish-people and other… strange… beings. Just saying. They may not look the part, but that doesn’t mean an evil agenda isn’t written on the back of their palm. Or something along those lines. Evil is as evil does, and when voodoo is involved, evil bears a rather obvious presence. Don’t believe me? Take the demo for a spin then. Go on. It’s available for both Windows, OS X and Linux. 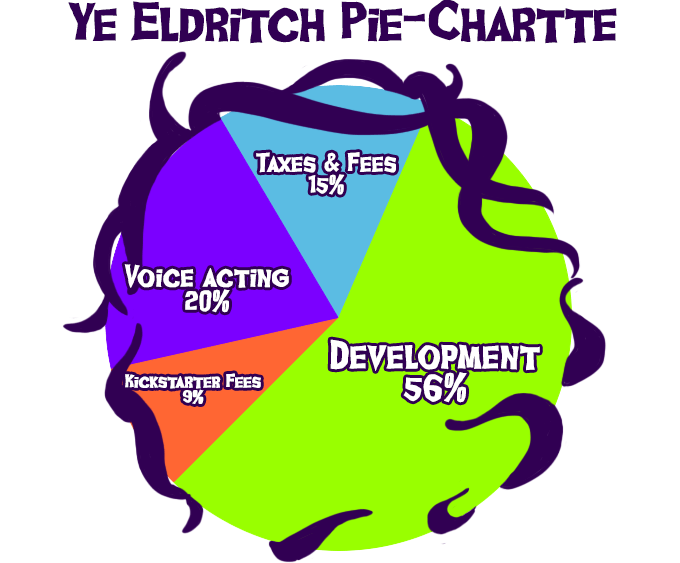 So… what say we help Don, Buzz, and Kitteh find the funds to embark on their pointy and clicky journey through Gibbous? Stuck In Attic is attempting to acquire $40,993 through Kickstarter, of which $17,117 remain unpledged at the time of writing. Feel like helping? Well, whether financially or by spreading the word, it must be done before May 5, 2016. I have faith that they’ll make it, because voodoo magic and adventure gaming, ya know? As for the release, the current window is May 2017. Groovy.