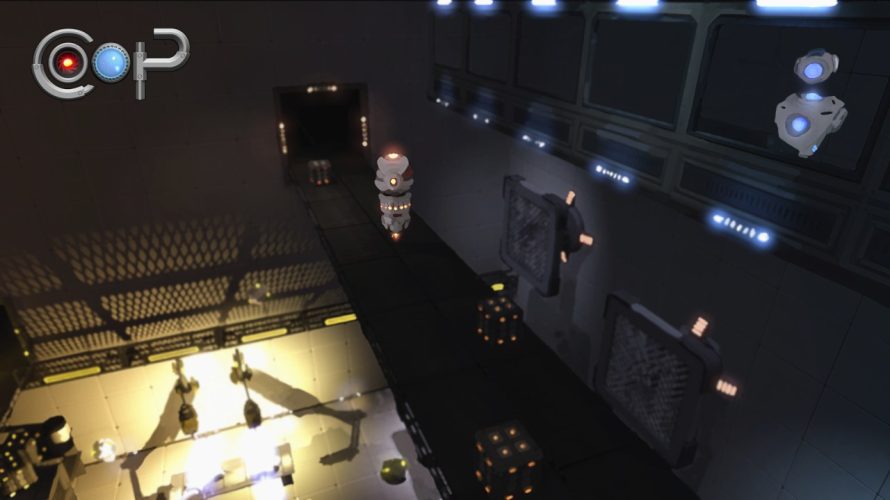 This time the spotlight will be shining on CO-OP : DECRYPTED, a puzzler that lets you make the light go… KABOOM! Let’s see if we can’t help it escape the cold emptiness of Greenlight limbo, eh?

R3D is activated in what appears to be a recycling facility. He is subjected to some functionality tests under the surveillance of drones. While acting accordingly to their programming, his receptors connect with BLU3’s, another robot that seems to share R3D’s unwilling fate. Together, they must cooperate to overcome the obstacles that are keeping them from the true intentions of their captors. As they try to recode and process their purpose in this laboratory, many truths shall be unveiled…

R3D? BLU3? Ha! I see what you did there. Clever. Anyway, I kinda wish there were more games with this kind of setup. Plenty of puzzlers out there, but so few feature co-op, and I don’t recall seeing any with the kind of buddy system CO-OP : DECRYPTED brings. BLU3 is able to absorb light, which in turn ‘charges’ R3D, enabling R3D to, well… blow stuff up. Can’t get past an obstacle? Blow it up! Kaboom! Seriously though, tell me that doesn’t sound like the making of a fun co-op enabled (but also single player) puzzle platformer? Exactly. Let’s hope it’ll be as awesome as it sounds, come launch.

So riddle me this, dear reader: why is CO-OP : DECRYPTED still struggling to get through Greenlight? It’s not out yet, but should be at some point later this year. As such, might I recommend visiting its Greenlight page and handing over a ‘yes’, if you like what you see? Remember, your vote matters!