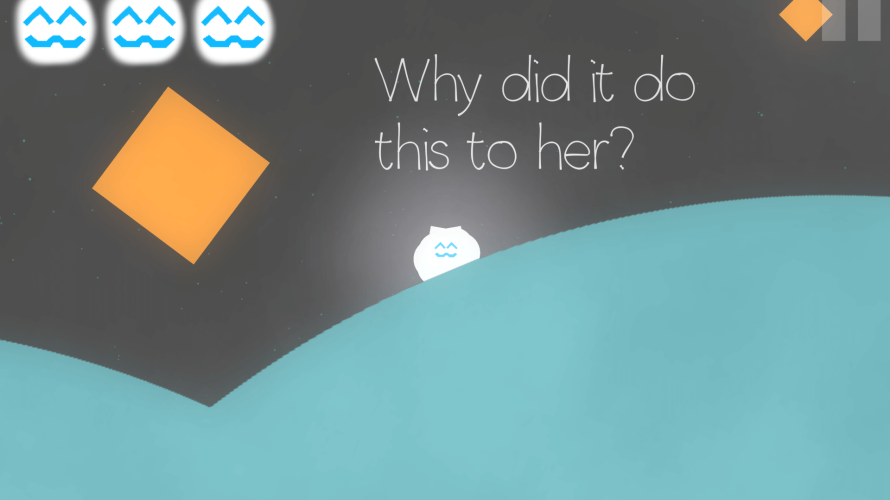 This time the spotlight will be shining on Cats are Liquid, which is a rather peculiar tale of a trapped feline. Let’s help it break out of said imprisonment, and of course, Greenlight limbo!

The story is about a cat whose owner locked her in a set of rooms. She desperately wants to get out, but the rooms just keep continuing. Along the way the cat meets a new friend and gains new abilities.

First a liquid snake, and now Cats are Liquid too? Video games sure are an odd bunch, that’s for sure. Oh and what the above quote does not mention, although it is hinted at ever so slightly, is that sooner or later, this cat will be able to not only blow stuff up but also… turn into steam. Uncanny stuff, and I suspect that’s only a small portion of what awaits as this kitty attempts to bust out of captivity, maybe even eventually exacting revenge upon its owner for locking her up. Because that’s just mean, no matter the reason. Cats need to roam freely, or at the very least, not be confined to tiny spaces. Meow!

So riddle me this, dear reader: why do YOU think Cats are Liquid is still struggling to get through Greenlight? It’s readily available and all, so how about visiting its Greenlight page and handing over a ‘yes’ if you like what you see? Remember: your vote could make all the difference!

Facebook Twitter LinkedIn Pinterest Tumblr WhatsApp Telegram E-mail
Previous article Let's Get It Kickstarted: 'Nadia Was Here'
Next article 'Mayhem In Single Valley' Demo Impressions: Jack's Life Is As Surreal As It Gets