Ever read a comic strip and wanted to change parts of the story? Maybe even completely alter the outcome, by doing something like turning the hero into a villain or change the roles and/or what was said in a heated argument? Part point and click, part puzzle, Strip ‘Em All lets you do exactly that, and while the experience is interesting, sadly it’s not without flaws.

After going through the tutorial, which acts as an introduction to the various mechanics in play, you’re presented with your first challenge: give the strip a more cynical tone. Based on the panels available, this may look rather impossible at first, but remember what the tutorial taught you, and it should be clear as day. In each of the seven comic strips that make up the game, you’ll be able to drag panels around as well as interact with certain ‘hotspots’, to create a vastly different story. Whether or not you’ve managed to recreate what the developer had in mind, won’t be revealed until you click the “Publish” button. This will also give you a hint, however obscure if your solution is incorrect. 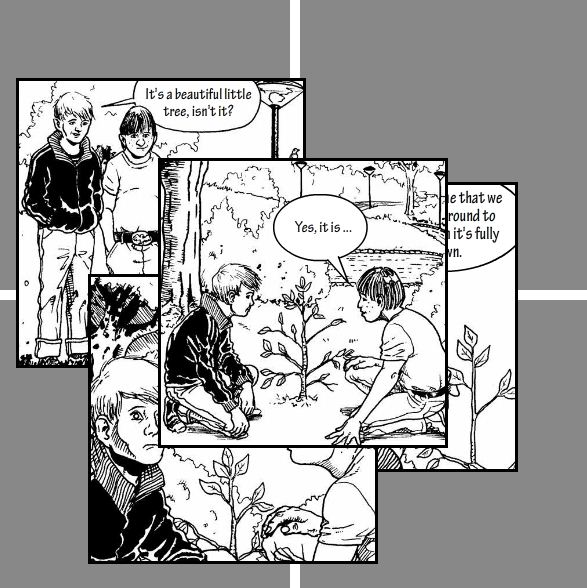 While dragging panels around was easy enough, finding the various interactable hotspots proved to be a pain at times, involving a fair amount of pixel hunting (ugh). Even though the mouse cursor changes when hovering over one, a mechanic dating back to adventure games from long ago, I still say their presence could have been made more obvious, even if they all did fit within the given context. In spite of that, I was still quite amused by the level of interactivity these brought with them, as the contents of an entire panel would change with a simple click! What, you think it sounds easy? Well, here’s the thing: sometimes clicking something in a panel changes the content of not just that one, but… several! Trust me, by the time you make it to the fourth comic, you likely won’t be associating ‘easy’ with Strip ‘Em All anymore.

Early on, everything’s relatively simple. A few hotspots here and there, along with a bunch of panels to rearrange. But then suddenly, the difficulty spikes in the form of a four-panel comic with several potential stories, yet only one of them actually fits the title (The Self-Destructive). My initial impression of this one was something like “finally a proper challenge”, and it was certainly that – at least until the complexity made my head hurt. You see, there are good and bad ways to make a difficult puzzle, and this was – in my experience – the latter. So much in fact, that I had to resort to the walkthrough, created by the developer for this particular strip! That’s right, its creator somehow knew that some people would struggle with this one, yet went ahead with it anyway. Imagine that. 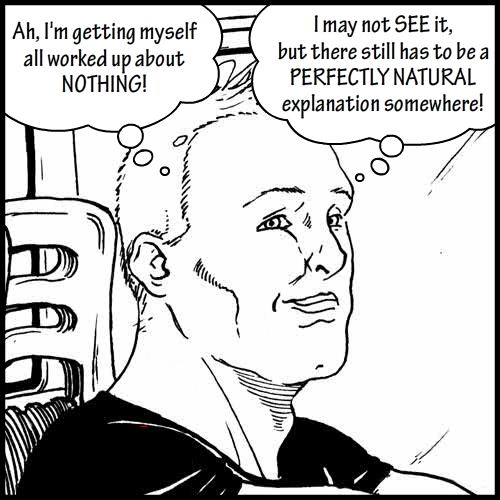 Surprisingly, this document is not just a ~2600 word long step-by-step walkthrough of #4 either. It also has an incredible amount of insight on the strip, detailing why each of the incorrect stories doesn’t offer an acceptable outcome, along with attempting to explain the setup. In spite of the amount of detail included, after all’s been said and done, a sizeable chunk is actually still left for the player to interpret. I found this to be a particularly nice touch, since there’s definitely food for thought here, something that made the headache-inducing difficulty spike worthwhile.

As previously stated, there are seven different comic strips to work your way through, not four. I simply went into such great detail on the fourth since it stood out the most of the lot, while also being the most challenging, by far. That’s not to say the other stories are uninteresting, I just like to think that I have piqued your curiosity by now! As such, instead of telling you about the remaining strips (which would likely get spoilerific anyway), I’m going to wrap things up with this link, which leads to a place where you can take a shot at unscrambling comic strips. Have fun!