In more than one way, Rise of the Ravager reminds me of Missile Command. Even though it has fewer explosions and far more detailed visuals, the gameplay itself really isn’t all that different from the Atari classic. Where it does set itself apart, however, is with colored attacks that can only hit enemies of the same color, and an upgrade system which adds a fair amount of strategy.

Your goal, apart from blasting those pesky enemies, is to “seek the favor of the Old Ones to prevent an ancient god’s avatar from rising, signaling the End of Times”. Not that you’ll be reminded of your reason for manning those turrets, outside of the intro sequence and credits, but it’s still nice to have some kind of backstory and hey, at least it’s not another cheesy sci-fi tale, eh?

Blasting enemies with the proper color is a pretty simple mechanic, and the game does a good job of easing the player into it, by starting out with only one color to manage and then gradually adding the rest. Early on, your targets will be slow moving and easy to hit, but once every type of enemy has joined the fray, the challenge quickly ramps up and keeping track of everything can be quite difficult. As is often the case though, practice makes perfect and once I got the hang of it, hitting the right button while also aiming at the same time became second nature. In a way, it was almost like I was playing Guitar Hero. 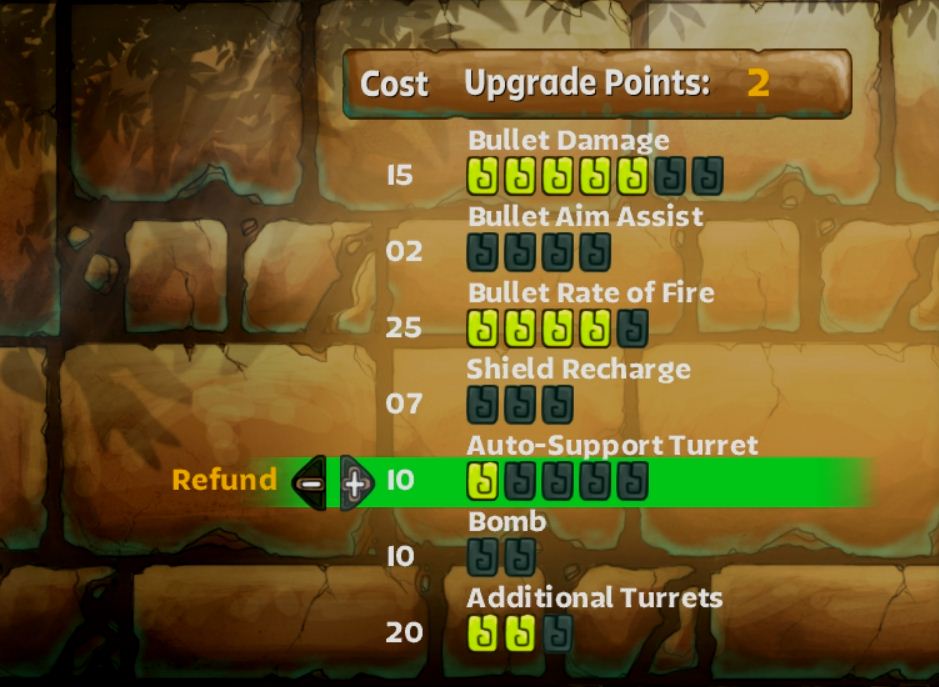 Upon starting a new game, your arsenal will be limited and far from powerful, but after completing a level you’ll be able to spend skill points on upgrades – something you’re going to need later in the game, no matter how good a shot you are. These are not permanently locked in place either, so there’s plenty of room for adjusting your tactic between levels. A certain amount of skill is required to accumulate as many as possible, however, because while clearing a level gets you 4 points, you’ll also have to avoid taking damage and shoot down the Spy Ship, to get them all; and with no ‘level select’ feature, there’s no way to replay a level for a second shot at the bonus objective either, which is a bit of a letdown.

I mentioned earlier that Rise of the Ravager shares certain similarities with Missile Command, and another example of that would be that here you also have to ‘lead’ your shots somewhat, since enemies are constantly moving and your rate of fire is quite low; at least, until/unless you decide to upgrade that part of your cannon(s). Alternatively, you could spend the points on adding a second (or a third?) cannon instead, or maybe grab that lovely damage upgrade along with an AI controlled turret? Like I said, plenty of room for tactics thanks to the upgrade system. 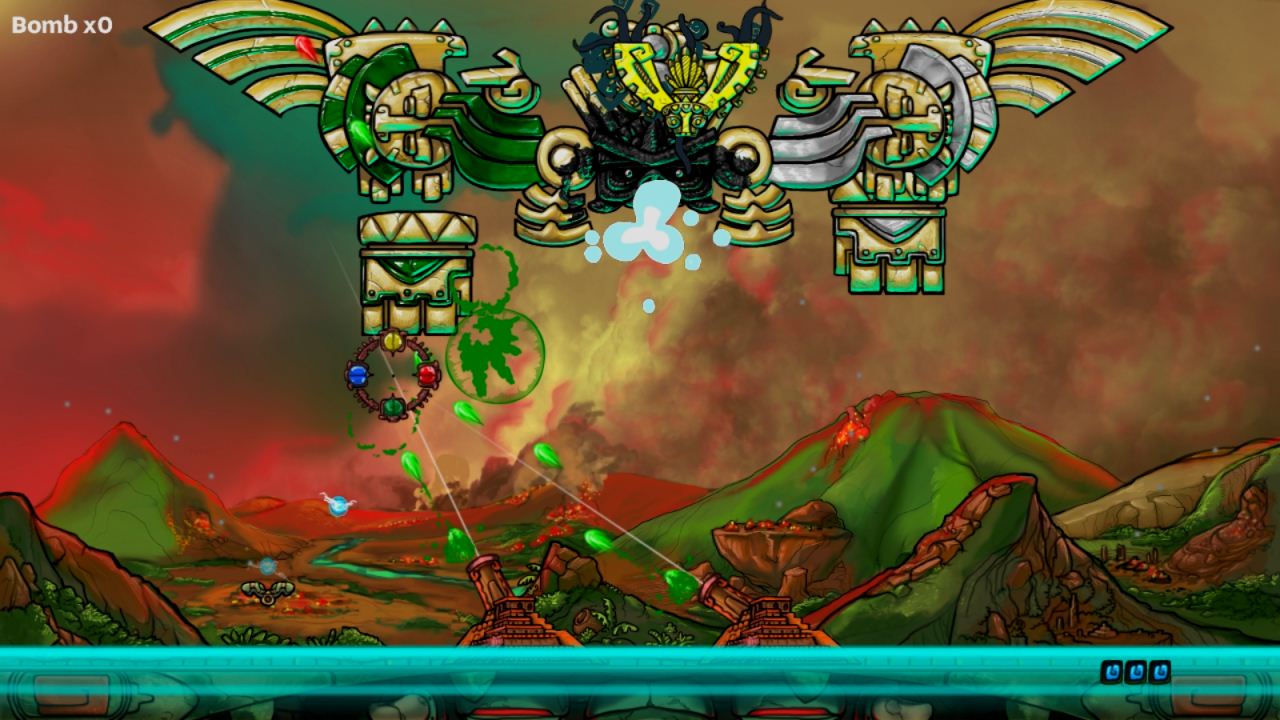 Oh! Did I mention there are hugely oversized bosses to fight too? These definitely provided a nice change of pace from all the ‘shoot this color, now that color, then this colo – YOU’RE TOO SLOW’. In a way, each encounter almost had puzzle-like elements to it, although only the last one really gave me much trouble. I’d almost say the same about the rest of the game too since I only died a few times before the credits rolled, but then I noticed something on my screen: New Game+.

As it turns out, everything leading up to that point had been a mere practice run and a few levels into New Game+, I got my ass kicked – over and over again. But I was still quite pleased, and you know why? Because that means there’s plenty of challenge within Rise of the Ravager, it’s just a shame that – for me at least – it didn’t show itself until after I’d already finished the game once.

You can play alone, or invite up to three friends to blast hordes of enemies. If working cooperatively to complete the game, you have friendly competition to see who becomes Chieftain to assign points. It’s equally fun to be the “jerk” taking away skill points to go into next mission.

Feeling social? I haven’t had the chance to try the cooperative mode at the time of writing, so I can’t really comment on how well it plays, but single-player in Rise of the Ravager was loads of fun, even if it might be a bit too repetitive for some. Would have been nice with a level select feature too, along with randomized levels, but heck, what’s there is still good.

Ready to seek the favor of the Old Ones, in Rise of the Ravager? It’s this way for Windows users and over here for the Xbox 360 crowd.