After months of trailers, screenshots and several “it’s coming!” teasers/development updates, approximately 24 hours ago it finally happened: BADLAND appeared on the app store, and it looks great! But looks aren’t everything, even though the trailers I’ve seen sure made it look interesting (and difficult), so let’s see what this newly released side-scroller is all about.

While I’m not entirely sure what or who it is that you play as in BADLAND, and even though I have yet to play it, one thing is clear: that forest is messed up! To make matters even worse, you have no choice but to travel through it, in order to figure out what, or who would do something this sinister. Plus, since you’ll encounter everything from giant cogwheels and sawblades to boulders and many other hazards, might I be so bold as to advise extreme caution? Something tells me you’re this forest’s last hope, after all.

BADLAND takes side-scrollers to the next level with its innovative physics based gameplay combined with the extremely beautiful atmospheric graphics and audio.

Not that you’ll be entirely alone, however, because picking up certain items spawns a clone, which then floats along with you until it gets squashed or cut in pieces, which is bound to happen eventually. Doesn’t mean you have to suffer the same fate though, but since the screen is constantly scrolling, you’d better watch what you eat since being too big to fit through an opening… well, let’s just say the results are off-screen for a reason. 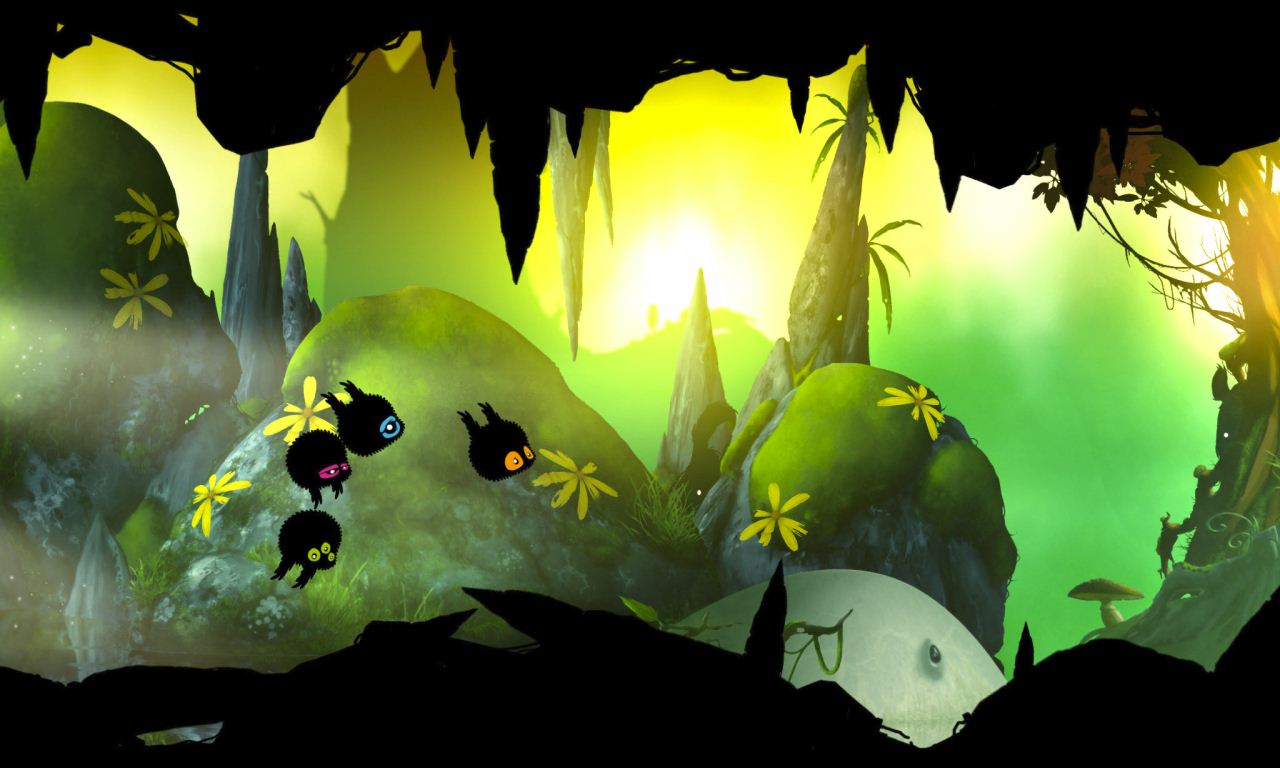 On top of that, how about local multiplayer on the same device for up to four people? When I first read this, I was certain that they could only mean a co-op mode, but no. According to Frogmind, it’s “a survival of the fittest with no rules”, which might be even better! That is, if the thought of pushing someone into whatever is dangerous and nearby, in an attempt to rid yourself of a competitor or two tickles your fancy (which it totally should).

So with 40 levels to play through, and more coming in future updates, while messing around with cloning technology and constantly growing or shrinking, the $4 price tag BADLAND carries on iTunes seems fitting. It’s also completely free of any IAP nonsense, which is rare these days, on top of being an universal app. Now go – it’s time to save the forest!