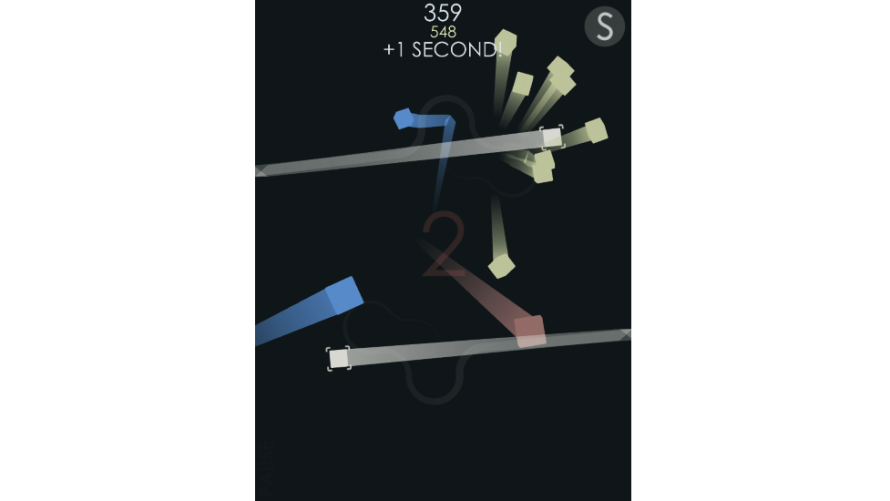 It’s not often that I get to experience a game like this and considering how awful I am at it, that’s probably a good thing! Guess it’s true what they say: guys can’t multitask. Seriously though, qub requires a fair amount of focus, and on multiple fronts at that in order to set any kind of respectable high score. Doesn’t mean there’s no fun to be had in this minimalistic racer though!

Your goal is simple enough: dodge colored cubes to survive while increasing your score. Pulling it off, however, now that’s another matter entirely. See, you’ll have to control not one but two entities, and if either collides with a cube, well, then it’s game over. Unless your shields are up, that is, which happens at specific score intervals. Then you get to crash into and destroy those pathetic blocks, which incidentally also increases the shield timer. Neat, eh?

Controlling your qubs (no really, that’s what they’re called) is as easy as dragging left and right on the screen to make them turn. Both. At the same time. Now, this clever twist doesn’t really add to the intensity early on, but man, once ya go past 350-400 points or so, blocks will be filling the screen and fast. Blue, red, green blocks, faded yellow – the blocks are everywhere and one collision is all it takes! 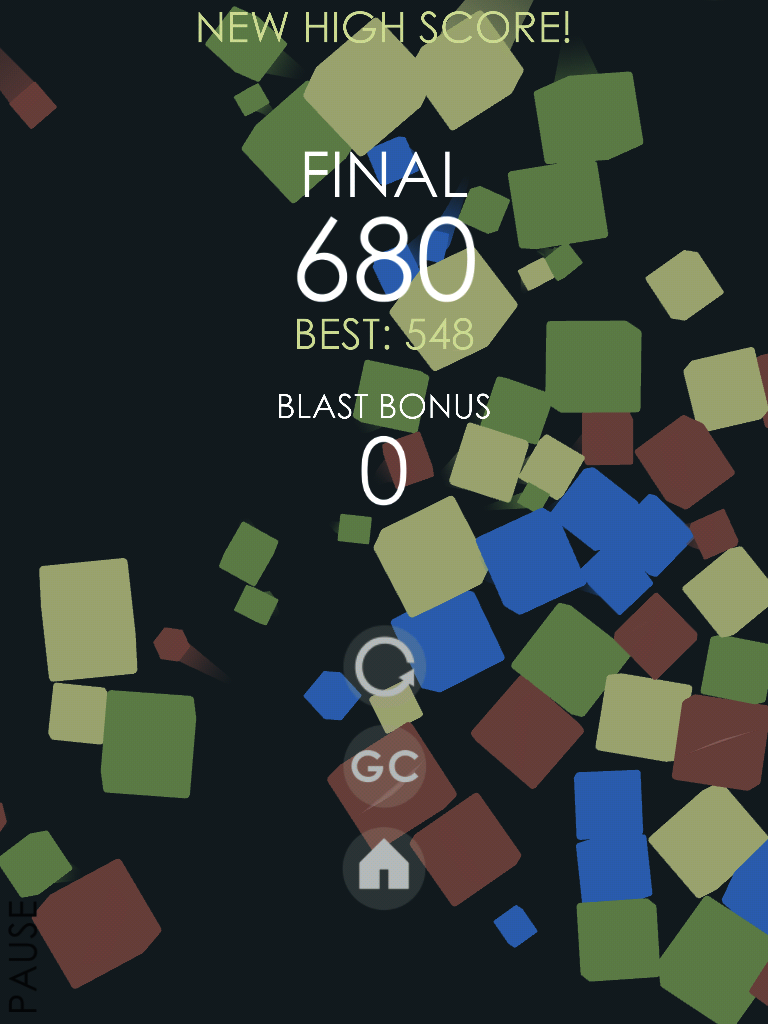 Suffice to say, I’d highly recommend playing on easy until you get the hang of things, because you probably won’t be able to keep up with hard’s crazy pace for a while. Then again, someone out there’ll probably jump right in and crush my awesome score of 680 (which, by the way, was achieved on easy – don’t judge!) immediately after reading this article.

Grab a friend (or foe) and play shared screen multiplayer on the iPad, where you’ll battle to outlast your opponent and win rounds! The highest scoring player at the end takes the cake and gets to eat it too.

Alternatively, you could always bring a friend over for some… friendly competition. Well, if you have an iPad anyway, as I highly doubt split-screen multiplayer will be enjoyable (if even possible) on the smaller iPhone screen. This mode mixes things up by giving each player control of their own qub instead, and whoever crashes first forfeits all their points to the opponent.

All in all, I’d say qub is a fun score-chaser that’ll definitely put your reactions to the test, whether it be alone or with/against someone else. So what say ye head on over to iTunes and grab it for the low price of absolutely nothing? Those colored cubes are just waiting to be smashed!

Facebook Twitter LinkedIn Pinterest Tumblr WhatsApp Telegram E-mail
Previous article Experience the 19th Century That Never Was With the Steampunk 2 Bundle
Next article The Greenlight Groove: 'Path of Shadows', 'Circuits' and MUCH More!