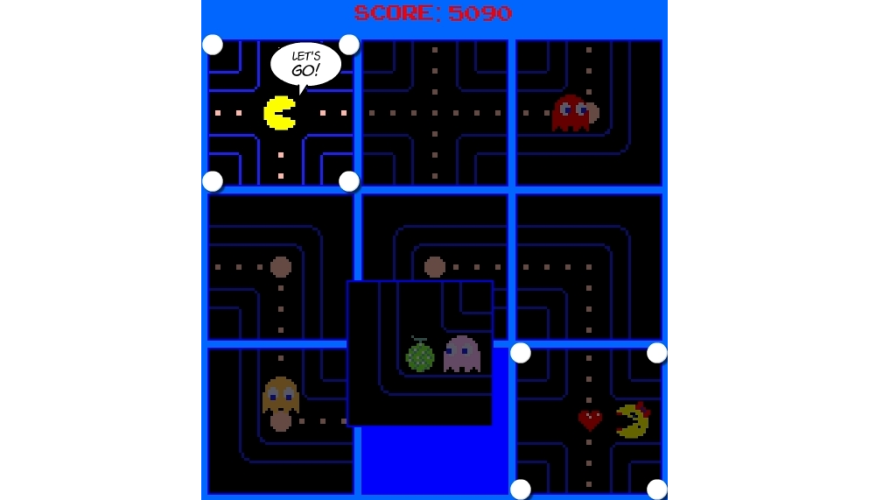 Everyone thought they knew him oh-so-well. He’d gobble dots and chase ghosts around that maze all day. We all thought he was a swell guy, that he was one of us. But now, Psychopath Pac-Man has revealed exactly what makes Pac-Man tick, and it ain’t pretty!

Most of us have played Pac-Man at one point or another. Considering the number of ports, remakes, reboots, HD re-releases and so on, it’s pretty much inevitable. Did we ever stop to think what makes him roam that maze on a daily basis? Maybe if we had, the truth would be less of a shock: he’s actually a bit of a jerk! I’m not even joking, and this game is proof.

Well alright, so what if it isn’t an official Pac-Man game? Doesn’t make it any less fun to slide panels around comic book-style and decide his path through each maze though. Just make sure he ends up locking lips with Ms. Pac-Man, or it’s game over. Oh, and the standard rules also apply. You know, power pills let you kill ghosts, cherries and strawberries grant extra points and so on – the fun stuff. 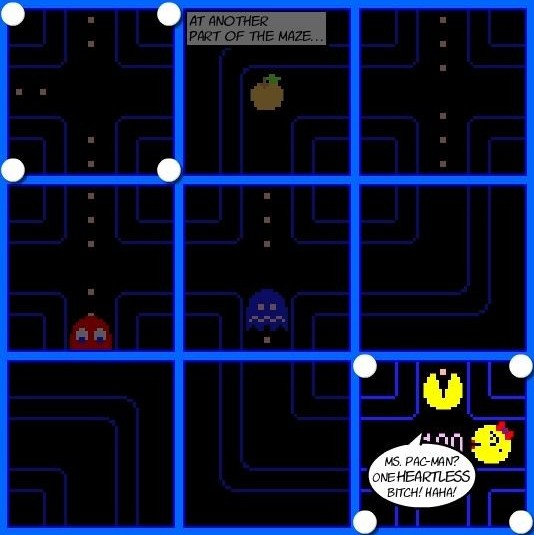 Since there’s no way to pause and rewind once he gets going, you’ll want to make sure the route has been carefully planned. See, in this take on the classic, he’ll follow the path laid before him, going through the panels from left to right and this is where things can get tricky. If he exits on the right side of a panel and the next one doesn’t have an opening on the left, he’ll ignore it and keep going, with “At another part of the maze…” popping up in the one skipped. While little more than an amusing little addition, it does add to the illusion of playing a comic strip.

Find out the truth behind the original game and of its cold blooded protagonist!

While the comments spewed during his rampage through the panels are anything but nice, they can, in fact, be rather humorous. Upon gobbling up a ghost, he laughs maniacally and constantly goes on about a hatred for censorship. I’ll leave for you to discover his definition of the power pills, but man is he ever a wicked character in this game! Remember the colorful and kid-friendly animated series, Pac-Man and the Ghostly Adventures? Yeah, it’s nothing like this. At all. That’s why [Psychopath Pac-Man] so much fun though.

Basically, what Athletic Design have created here is a ‘what if?’ game, one that explores a much darker (and unofficial) version of Namco’s beloved video game character. But while you’ll be rearranging panels so Pac-Man can get some sugar from his female counterpart, the focus is actually less on puzzle solving and more on setting a high score. As such, the more dots you gobble and fruits/berries you consume on your way to Ms. Pac-Man, the better your shot at getting on the leaderboard, naturally. 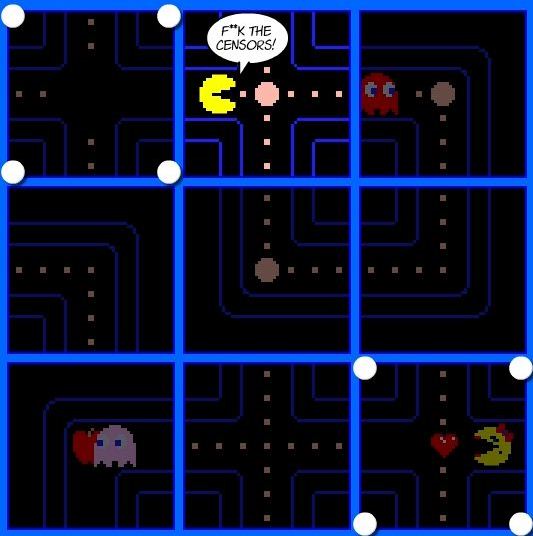 That said, the game does increase in difficulty with each passing level though, adding more ghosts to the mix. I’m also fairly certain both item and ghost locations are randomized, further upping both the challenge and replayability. With a bit of planning, you should be able to blaze through a fair bit of the game though, revealing more of the ‘story’ as you go along.

If you’re ready to find out for yourself what the fuss is all about, fire up your browser and point it to either Kongregate or Newgrounds. Just remember: if you don’t give Ms. Pac-Man what she wants, Psychopath Pac-Man ends right then and there!